India, US have ‘One Mind And One Approach’ On Afghanistan: Dy Secy of State Wendy Sherman

India, US have ‘One Mind And One Approach’ On Afghanistan: Dy Secy of State Wendy Sherman 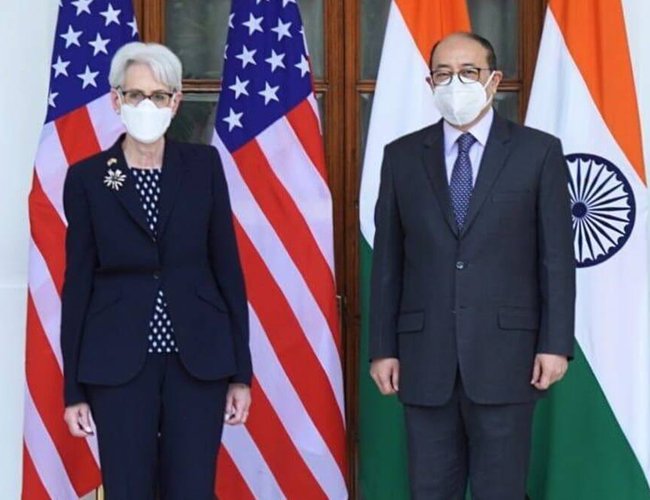 India’s security concerns will be the “first and foremost” and at the “front and centre” for Washington, US Deputy Secretary of State Wendy Sherman said Wednesday on New Delhi’s apprehensions about the spill over of terrorist activity from Afghanistan.

Sherman, who held talks with Foreign Secretary Harsh Vardhan Shringla and NSA Ajit Doval, also said that India and the US have “one mind and one approach” on developments in Afghanistan.

Meanwhile, the US Deputy Secretary of State Wednesday hoped that the US and India will be able to resolve the differences over New Delhi’s procurement of a batch of S-400 air defence missile systems from Russia.

Sherman told a group of select journalists that any decision on possible sanctions on the S-400 deal will be made by President Joe Biden and Secretary of State Antony Blinken. Her comments came while replying to a question on the issue.

Chief of Air Staff Air Chief Marshal VR Chaudhary on Tuesday had said that the first batch of S-400 missile defence system will arrive in India by this year.

“We’ve been quite public about any country that decides to use the S-400. We think that is dangerous and not in anybody’s security interest. That said, we have a strong partnership with India,” Sherman said.