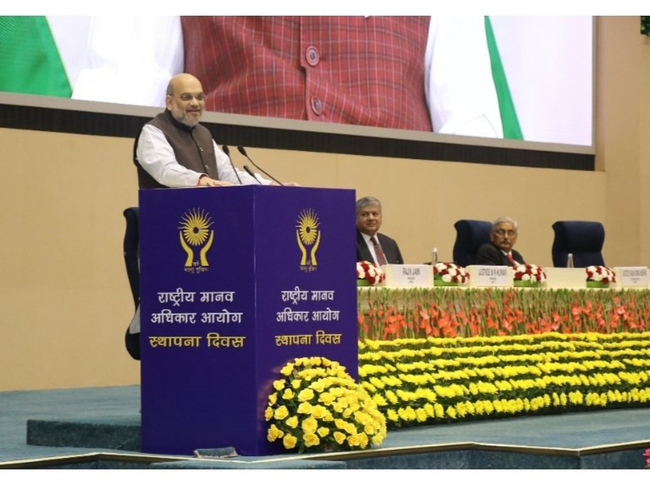 NHRC Chairperson Justice Arun Kumar Mishra (retd) Tuesday credited Union Home Minister Amit Shah for fostering a peaceful situation in Jammu and Kashmir and the Northeast and asserted that the “untiring efforts” of the minister have “ushered in a new age” for the regions.

“It is because of you that a new era has now begun in Jammu and Kashmir,” Justice Mishra said in his address during an event at Vigyan Bhawan in New Delhi to mark the foundation day of the National Human Rights Commission.

Shah was present at the event along with Prime Minister Narendra Modi and other dignitaries.

Further stating that India has emerged as a powerful entity on a global level and received recognition as a new power, Justice Mishra attributed the achievement to the people of India, the country’s constitutional system and its leadership.

The NHRC chairperson also spoke about the selective definition of human rights and said that one cannot glorify terrorists and terrorism, claiming human rights. “History will not forgive us if human rights defenders do not criticise political violence,” he said.

“Calling such… terrorists, freedom fighters is inappropriate,” he said, without elaborating.