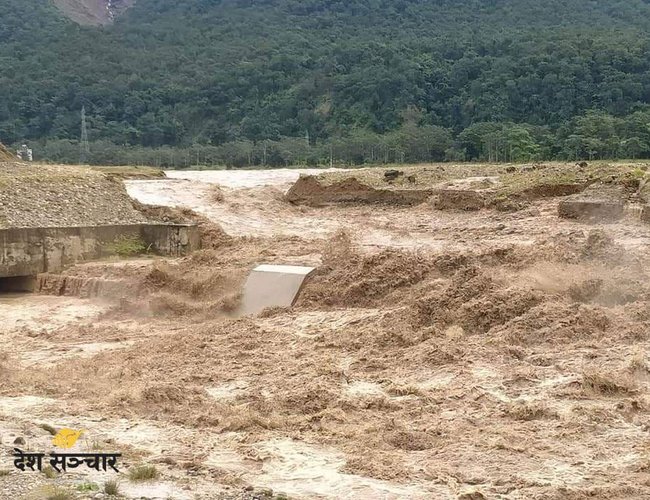 The death toll due to rain-related incidents in Sudurpaschim has now risen to over two dozen including the landslides and floods.

Sudurpaschim Chief Minister met people affected by heavy rainfall in the regions of the province on Tuesday and announced a compensation of Rs 4 lakh each to the next of kin of those who have lost their lives.

Two people were killed when the landslide hit a house at Mellekh of Sayal rural municipality-6 of the district. The incessant rainfall since the past three days triggered the landslip and the deceased are locals Sagar Kunjeda and Ashish Kunjeda.

District Police Office joint-spokesperson and police inspector Rabindra Chand said the incident happened when the landslide hit the house of local Bir Bahadur Kunjeda and a team has been mobilised to recover the bodies. The Office said the continuous rain has disrupted the communications system in the district and it is struggling to gather information about losses caused by the rain in different parts of the district.

Meantime, in Dadeldhura, a person was buried by a landslide that occurred from above the house at Bhatkada of Ganyapdhura rural municipality-1.

The District Police Office has identified the victim as Bishnu Awasthi, 32. The Office has been unable to gather information about the losses from the disaster in other parts of the district due to the disrupted telecommunications network and the power supply system.

Similarly, two people were injured in a landslide at Amargadhi municipality-1 and they are being treated at the Dadeldhura Hospital. The District Administration has appealed to all remain alert to the possible disasters when waters level in the rivers have increased, causing floods in the nearby settlement. 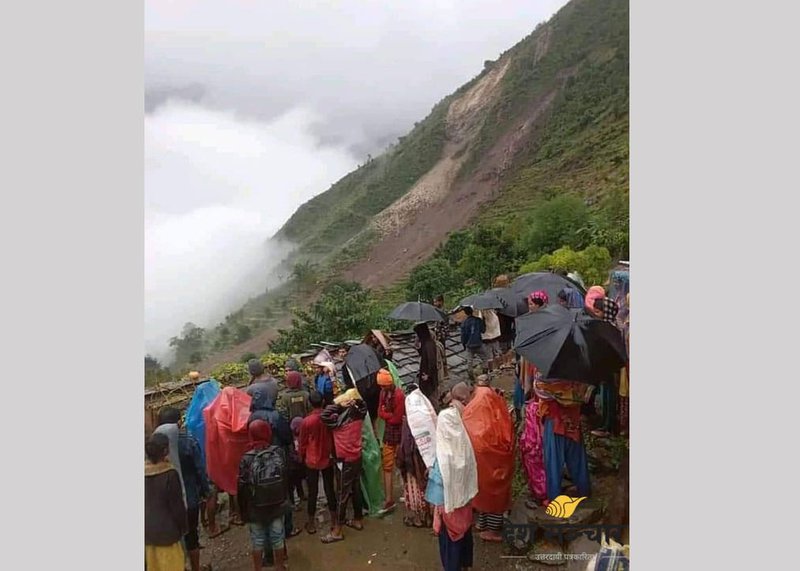 Different areas in Dhangadhi have been waterlogged due to the incessant rainfall from Sunday.

Normal life has been affected as Bishalnagar, Milanchowk, Shibanagar, Krishnanagar, Malita tole, Uttarbehadi, Campus road, among others have been inundated.

A local of Dhangadhi-2, Yogeshwori Ojha, shared that problem has surfaced in their movement as the road has been inundated.

Locals complained that different settlements become waterlogged due to blacktopping of roads without making arrangements for sewerage.
Not only the settlements surrounding the market areas but some of the main roads have also been inundated.
Similarly, the rain has also damaged the paddy crops.

Meanwhile, a report from Dang said that the incessant rain since Sunday night has damaged the paddy ready for harvest.

"The paddy crop was ripe, we were expecting a good harvest. But the heavy rain since Sunday night has damaged the crop, said one Dhaniram Chaudhary of Dangisaran rural municipality.

Farmers said besides paddy crops, the rain has also damaged mustard and vegetable crops. The paddy fields have become waterlogged due to the rain in Ghorahi, Lamahi, Bhalubang and west Dang.