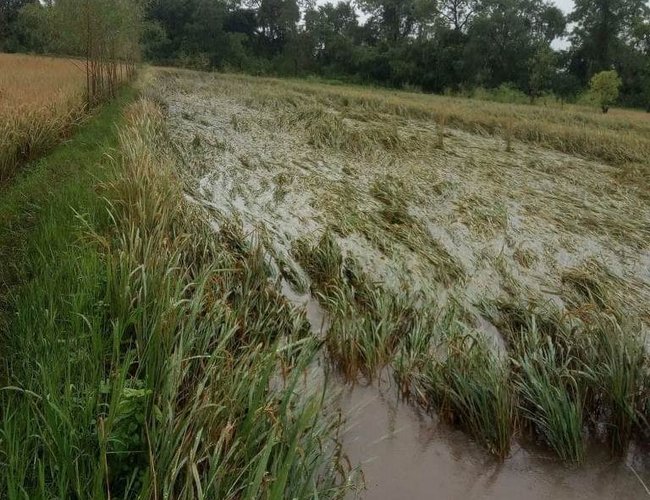 Light rain or thunder and lightning is possible at many places of Province 1,2, Bagmati, Gandai and Lumbini Province. There are chances of heavy rains in Sudur Pashchim Province.

According to the Meteorological Department, there will be generally to Mostly cloudy throughout the country. Light to moderate rain with thunder and lightning is likely to occur at many places of Province 1, Province 2, Bagmati Province, Gandaki Province and Lumbini Province and at a few places of Karnali Province and Sudur Pashchim Province , chances of heavy rainfall at some places of Pro

Following a week of sunny day, the country experienced the first post-monsoon rains from Saturday night. The rains also came as a big respite for the people reeling under scorching heat in Kathmandu and the Terai.

Meteorologists said that a combination of the low atmospheric pressure system developed around the coastal area of Andhra Pradesh and Odisha in India and the westerly wind led to generally to partly cloudy and rainy situation in many parts of the country since Saturday night.

“This particular type of phenomena during the post-monsoon season is considered normal as it sometimes becomes a fully sunny day and sometimes the weather immediately gets cloudy in some places of the country,” meteorologist Ganga Nagarkoti at the Meteorological Forecasting Division (MFD) under the Department of Hydrology and Meteorology, said on Sunday.

Kathmandu witnessed the first rain of the post-monsoon season Saturday night due to the joint impact of westerly wind and low pressure that developed in Odisha State, she said. Weather across Nepal especially in the western part and central region of the country is cloudy and rainy in some regions, Nagarkoti said.

There is a possibility of heavy rain in one or two places in the Sudurpaschim Province on Monday, according to the notice of the MFD published on Sunday forecasting the weather till Tuesday.