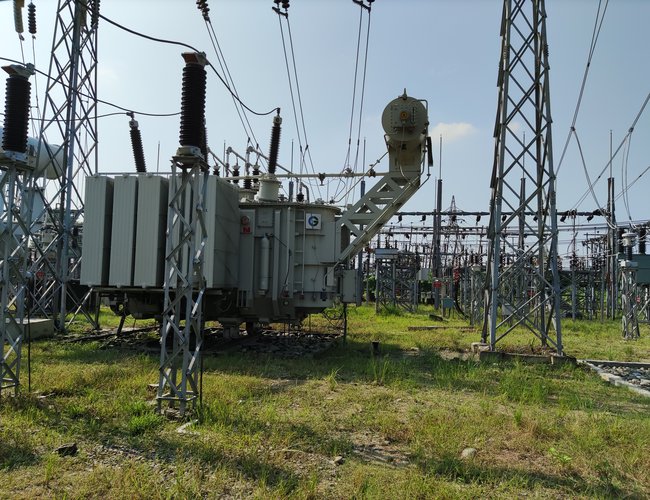 Kul Man Ghising, Managing director of Nepal Electricity Authority, said that the recent rains and floods has badly damaged transmission line and substations in eastern and western parts of Nepal. He said that power supply has cut in eastern region due to submerged the Duhabi substation in Sunsari.

Ghising said that NEA has already mobilized the teams to study and restore the power supply in the region.

"The power supply line has been cut off after the substation was submerged due to floods, which has led to blackouts in the districts of Province 1," he said. "The control room of the substation has been inundated. So far no damage has been reported on the main equipment. If the rains do not stop, the equipment will be severely damaged. In that case, power supply to the area may be cut off for a few days."

He said that a team was working to supply electricity to the consumers as soon as possible by removing the water accumulated in the substation.

Ghising said that the local government, administration, Nepal Army, Nepal Police and others have been requested for necessary assistance to remove the water from the substation.

He said that the Kabeli Corridor 132 kV transmission line was also shut down. When both the substations were closed, power generation of about 170 MW hydropower projects connected to the Kabeli corridor has also been stopped.
Power supply has been disturbed in several districts of Province 1 after floods triggered by incessant rains since Monday submerged the Duhabi substation in Sunsari.
Power supply to Morang, Sunsari, Jhapa, Ilam, Panchthar, Taplejung, Dhankuta, Terhathum, Sankhuwasabha, Bhojpur and other districts has been cut off since Tuesday evening after the main Duhabi substation, which supplies electricity to the districts of Province 1, got inundated.
The Attaria-Chamelia 132 kV transmission line and other 33 and 11 kV lines have been damaged due to uprooting of trees in different places due to rains.
As a result, power generation of 30 MW Chameliya and other hydropower projects in Darchula has also been stopped, the NEA said.
Power supply to hilly districts, including Dadeldhura, Baitadi, Bajhang and Achham in the far west has also been cut off.
Inaruwa substation inundated in floods, equipment damaged The 400 kV and 220/132/33 kV Inaruwa substations under construction in Bhokraha Narasimha Rural Municipality of Sunsari have been inundated by the flood in Sunsari River following heavy rains in the area.
The Sunsari River has caused great damage as it entered the substation. Both the substations were being constructed with the aim of completing and operating (charging) within December this year.
The flood has washed away the compound wall of the substation. Devices placed for connection are inundated.
Managing Director Ghising said that some equipment were washed away and the office building was also submerged in the flood.
"Currently, the substation is being damaged as the river is flowing from inside the substation. The substation itself has turned into a lake. It is impossible to go there. The staff and workers have been evacuated by boat with the help of security personnel," Ghising said.
Most of the civil structures of 400 kV and 220/132/33 kV substations have been completed.
Also, main equipment like transformer and reactor circuit breaker were brought to the construction site. All the equipment were damaged by the floods, he said. 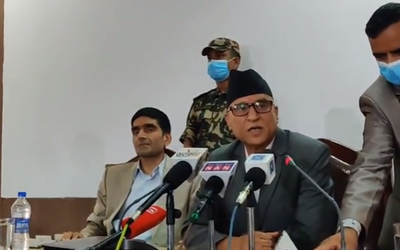 Government Reduces The Price Of Petrol And Diesel By NEW SPOTLIGHT ONLINE 2 days, 2 hours ago

Nepal Imported LPG Worth of 59.16 Billion In Last 11 Months By NEW SPOTLIGHT ONLINE 3 days, 9 hours ago