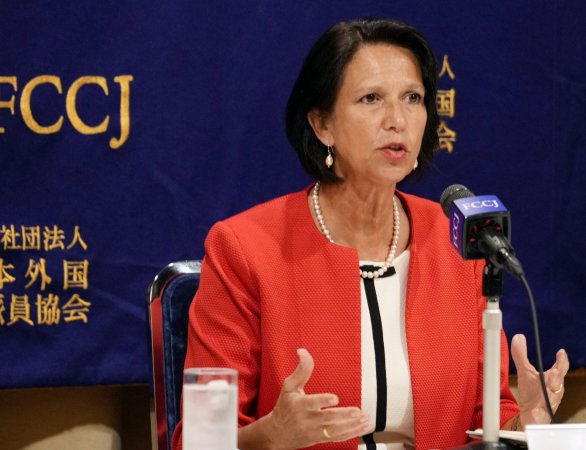 The UN special envoy for Myanmar has urged the international community to take concrete steps to resolve the country's deteriorating situation.

Christine Schraner Burgener spoke on Friday at a virtual meeting of the Third Committee of the UN General Assembly, which deals with human rights issues.

She said military crackdowns on citizens continue since the coup in February, and the number of people in need of humanitarian assistance has tripled to 3 million.

She said, "The situation is increasingly dire and optimism for any swift resolution is ebbing away."

The envoy added the most likely outcome from the current trajectory is one of protracted conflict, continued economic collapse and an increasingly grave human rights situation.

The Association of Southeast Asian Nations is seeking to mediate between Myanmar's military and pro-democracy camps. But the efforts have stalled.