The current account has incurred a deficit of Rs. 106.75 billion during the review period. 25.16 billion in the corresponding period of the previous year 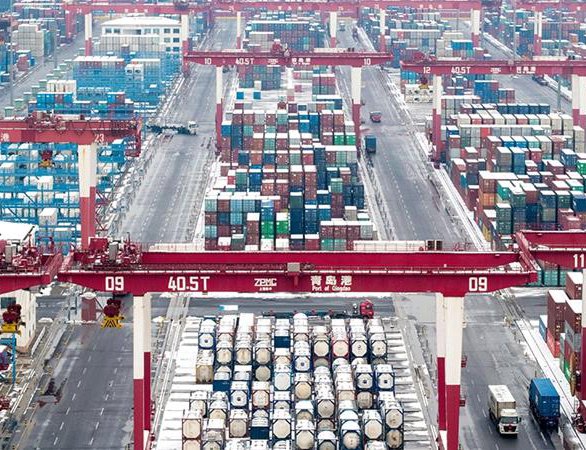 As the impact of the Corona global pandemic diminishes, its positive impact on Nepal's economy is beginning to show. According to a report released by Nepal Rastra Bank on the current economic and financial situation of the country in the last two months, the country's export trade has improved during this period. According to the report, despite the improvement in exports, the foreign trade deficit has also increased due to the increase in imports.

Nepal usually has a current account deficit, which means we usually import more goods and services. There are two reasons for this. We export when the price and quality we sell are attractive to foreigners. We import because they are attractive and necessary to us. This is, in short, the principle of comparative advantage. In terms of current account deficit alone, our overall comparative advantage is lower than that of our trading partners. However, another reason may be that our consumption pattern is more import-oriented.

How imports and exports affect the economy? In today’s global economy, consumers are used to seeing products from every corner of the globe in their local grocery stores and retail stores. These foreign products - or imports - provide more options for consumers. And because they're usually cheaper than any home-made counterpart, imports help consumers manage their stressful home budgets.

Even if the WTO benefits from importing goods cheaply, it does not have to be produced in bulk. Rising imports and rising trade deficits could have a negative impact on the country's exchange rate.

High inflation can have a direct impact on input costs such as materials and labor, affecting exports. Maintaining a proper balance of imports and exports is important for the country.

Recently, Nepal Rastra Bank (NRB) had tightened its grip on import credit through anUnified directive. Amending the Unified Guidelines, the central bank has set a limit of a maximum of 90 days for banks and financial institutions to grant trust receipt loans (TRs). It is pertinent to mention here that last year, the NRB made provision for disbursement of TR, Bills Discounting or similar nature loan only for a maximum period of 120 days.

The limit of TR loan has been reduced by amending the Unified Directive. Similarly, the central bank has also made an arrangement that the banks will not be allowed to give discount on the documents while issuing the letter of import (LC). Therefore, as it takes a long time to import due to Kovid, the loan has been given more time and now it has been reduced as the situation is comfortable. Generally, import loans are only required for a period of 30 to 60 days, so lending for a longer period will hold the money in the banking sector for a longer period of time. The country's trade deficit has skyrocketed due to the increase in imports of not only imported but also replaceable goods. Nepal has an open and transparent import system. The rules and regulations relating to imports are related to the Ministry of Industry, Commerce, and Supply and its various bodies, the Customs Department under the Ministry of Finance.

Except for prohibited and quantitatively restricted items, no license is required for import. For import of seedlings and plant products, an importer must apply to the Plant Quarantine Office for an import permit. The application form is filled with details of the purpose of the plant and import and must be submitted with documents such as income tax registration and enterprise registration, and a letter of recommendation from a concerned institution, if imported for the purpose of research. The Department of Agriculture's National Plant Quarantine Program and seven other quarantine checkpoints conduct quarantine examinations and issue import permits and phyto-sanitary certificates. Import process

As a landlocked country, most of Nepal's international trade is transit through India. Nepali cargo mostly comes through the Indian ports of Haldia and Kolkata in West Bengal but is also used to transport Nepali goods as the Visakhapatnam port in Andhra Pradesh. From the respective ports, goods are transported to the border customs of Nepal through railways or roadways.

According to Nepal Rastra Bank, total merchandise exports have increased by 115.4 percent to Rs 44.4 billion in the last two months of the current fiscal year. Such exports had increased by 10.5 percent in the corresponding period of the previous year. On a destination basis, exports to India, China and other countries increased by 150.7 percent, 20.7 percent and 31 percent, respectively. On a commodity basis, exports of soybean oil, palm oil, pina, jute goods, yarn (polyester and others) increased but exports of tea, ayurvedicmedicine, wire, zinc sheets and cardamom declined.

In the last two months of the current fiscal year, the total import of goods has increased by 75.9 percent and reached Rs. 314.52 billion. Such imports had decreased by 22.1 percent in the corresponding period of the previous year. Imports from India, China and other countries increased by 56.7 percent, 76.2 percent and 141.4 percent, respectively. On commodity basis, imports of petroleum products, means of transport and parts, crude soybean oil, gold, silver and other commodities have increased.

Imports of chemical fertilizers, cement, tobacco, molasses, sugar and pulses have declined during this period. During this period, exports from Kanchanpur, Krishnanagar, Mechi and Nepalgunj customs offices have increased while imports from all customs checkpoints have increased. The total merchandise trade deficit has increased by 70.8 percent to Rs. 270.48 billion in the first two months of the current fiscal year. Such deficit decreased by 24.9 percent in the corresponding period of the previous year.

Export-import ratio has reached 14 percent during the review period. Such ratio was 11.4 percent in the corresponding period of the previous year.

According to Nepal Rastra Bank, based on the imports of the last two months of the current fiscal year, the foreign exchange reserves of the banking sector will be sufficient to support eight months of import of goods and six months of import of goods and services for seven months. This is not a pleasant situation. Monetary policy will be reviewed in the first quarter. Overall, looking at Nepal's economic situation over the past two months, there is no room for complacency.

Water Management In Mountains: Snow Water As An Alternative By Pratima Sharma and Chiranjibi Bhattarai 6 days, 18 hours ago