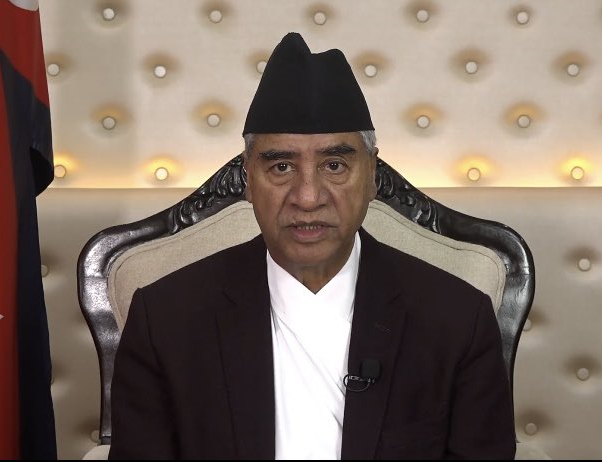 Prime Minister Sher Bahadur Deuba is leaving for United Kingdom on 29 October 2021 leading the Nepali delegation to the World Leaders Summit of the 26th Conference of Parties to the United Nations Framework Convention on Climate Change (COP 26) being held in Glasgow on 1-2 November 2021.

On the 30th of October, Prime Minister will attend and address the welcome event being hosted by All-Party Parliamentary Group for Nepal (APPG-N) and UK-Nepal Trade and Investment Forum in London.

On the 31st of November, the Prime Minister will attend a reception hosted in his honor by the Chargé d'affairesa.i.at the Embassy of Nepal in London. He will meet with the representatives of Gurkha Veterans’ organizations, members of British Parliament and other members of Nepali diaspora.

The Prime Minister is also scheduled to visit Royal Botanic Garden in Edinburgh on the 3rd of November 2021 and address a gathering there. He will plant a sapling in the Nepali Garden.

Prime Minister will be accompanied by Ramsahay Prasad Yadav, Minister for Forests and Environment, as well as senior officials of the Government of Nepal.

The Prime Minister will return from the UK on the 3rd of November and arrive in Kathmandu in the morning of the 4th of November 2021.