Dhanvantari Jayanti 2021: Health For All Humankind

Dhanvantari Jayanti 2021: Health For All Humankind 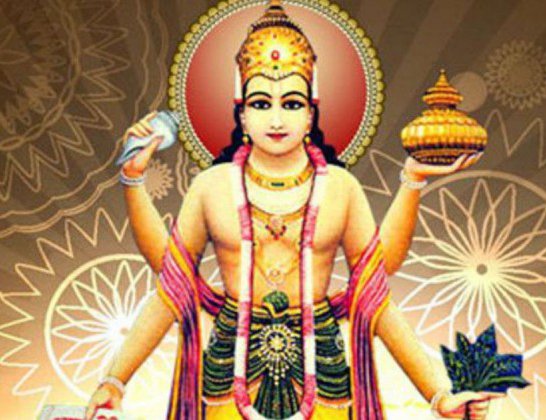 People worship God Dhanvantari to seek blessings for sound health for all humankind especially on the day of Dhanteras. This year Dhanvantari Jayanti will be celebrated on November 2nd, 2021. Scroll down to know more.

Dhanvantari Jayanti also known as Dhanvantari Trayodashi is celebrated two days before Diwali. The day is observed as the birth anniversary of Lord Dhanvantari, the father of Ayurveda who is the incarnation of Lord Vishnu. In Puranas, Dhanvantari is mentioned as the god of Ayurveda.

To get the Amrita (the divine nectar of immortality) Devas and Asuras churned the sea (Samudra manthan). During the churning of the sea, on the day of Dhantrayodashi, God of wealth, Goddess Lakshmi came out of the ocean of milk. From the sea, Dhanvantari who is known as an incarnation of Lord Vishnu and also a physician of the Gods also emerged on the day of Dhanteras. He was carrying a jar of the elixir.

Dhanvantari is known as the God of healing and medicine and he is also the physician of the Gods. He is depicted as affiliation of Lord Vishnu, Adi Narayana, his abode is Samudra, he mounts on Lotus holding weapons Shankha and Chakra. His symbols are Amrita and Leech. His father is Dirghatamas and child is Ketuman. 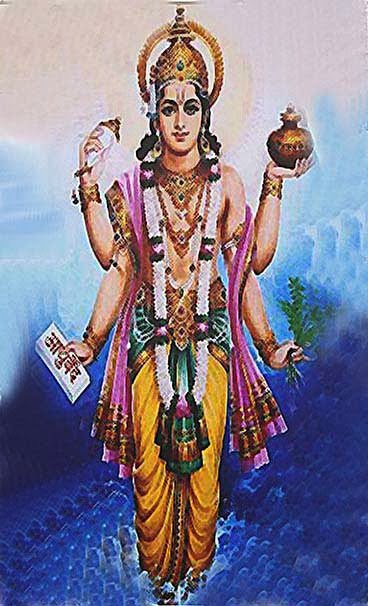 Ayurveda is perceived as one of the most ancient and well-documented systems of medicine equally relevant in modern times. Its holistic approach whether for healthy individuals or for diseased ones remains unparalleled. Prevention of disease and promotion of health is the main aim of Ayurveda.

The practice to observe the Ayurveda Day, which falls on Dhanwantri Jayanti, was started by the Union Ministry of Ayush (Ayurveda, Yoga and Naturopathy, Unani, Sidda, and Homoeopathy) in 2016.

Dhanvantari Jayanti was preferred for the celebration of Ayurveda Day to nationalize this system of medicine and to make it global.

Dhanwantari Jayanti, the birthday of Lord Dhanwantari is celebrated on the 13th lunar day in Aswini Month. It is believed that on this day, Lord Dhanwantari emerged with Amurutha Kalasam. Lord Dhanvantari is an Avatar of Lord Vishnu. He appears in the Vedas and Puranas as the physician of the gods and the god of Ayurvedic medicine.

Lord Dhanvantari is considered a divine propagator of Ayurveda. He is conferred with the virtues of granting health and wealth. Therefore, Dhanvantari Jayanti was preferred for the celebration of Ayurveda Day to nationalize this system of medicine

Dhanvantri is also believed to be an incarnation of Lord Vishnu.

He is shown as holding the pot of Amrit in one hand and a leech in another hand. He appeared to eradicate diseases threatening living beings and for their well-being.
It must be noted that Dhanvantari Jayanti by some communities in South India in August/September. In some regions in the southern part of India, it is observed on the second day of the waxing phase of the moon in Bhadrapad month.

A Week Long Vivah Panchami Celebration From Today By Agencies 1 week, 5 days ago