Reduce The Use Of Petroleum Products: Minister Bhusal 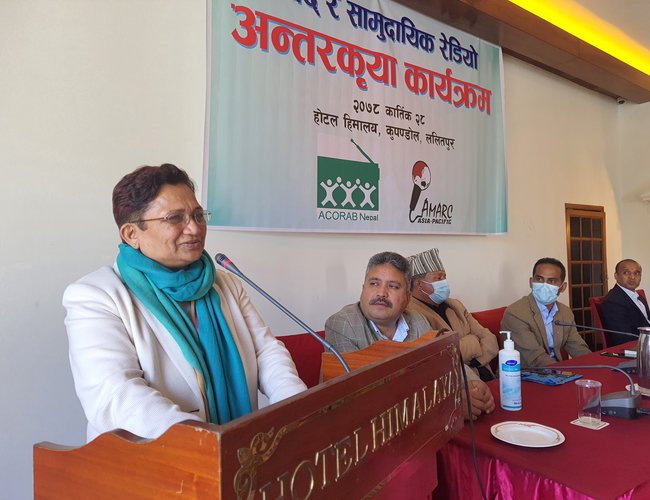 Minister for Energy, Water Resources and Irrigation Pampha Bhusal said that the government had prioritized use of electric utility, thereby reducing the use of petroleum products utility.

At an interaction programme organized by the Association of Community Radio Broadcasters Nepal (ACORAB) here Sunday, Minister Bhusal pledged to devise programmes and mechanism that could replace the petroleum products utility ahead of the timeline Nepal has committed in the international forums.

Bhusal expressed her confidence that trade deficit could be reduced by using electric utility, thereby propping up self-reliant economy and mitigating adverse impacts of climate change. Stating that she would take rope in stakeholders and experts to formulate action plans to promote clean energy, the Minister called for contribution from one and all for climate action by adopting electric devices.

The Minister viewed Nepal is bearing the brunt of climate change due to the flawed environmental activities of the developed countries. Citing the huge loss of lives and properties in Manang district, she said that Nepal was experiencing environmental catastrophes without committing any mistakes.

On a different note, Minister Bhusal said that radios played an important role during the disasters. She expressed her intent for collaboration with community radio for information exchange, stating that radio service was the most effective one among other forms of mass communication.