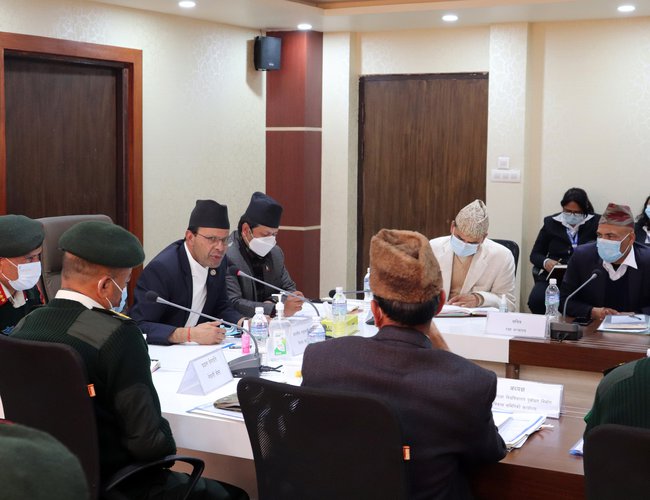 Minister for Defense Dr. Minendra Rijal has underlined coordination, collaboration, and cooperation within interrelated ministries for the timely completion of the national pride projects.

At the first quarterly review meeting of the Ministry of Defense here today, Minister Dr. Rijal directed the representatives of various related agencies and ministries to work responsibly acknowledging the gravity of the issues raised in the review meeting.

"We all should forge a common understanding. Then only we can assure timely and quality service delivery," the Minister said.

Similarly, Chief of Army Staff General Prabhu Ram Sharma assured that there will not be cases of dillydallying and irregularities in the projects managed by the Nepali Army.

Echoing with Minister Rijal, he pressed for striking a fine balance among budget, capacity, and timeline to achieve timely and cent percent progress in projects.

Defense Secretary Begendra Raj Sharma said that an estimated budget should be ensured for any national pride projects.

Participants in the meeting included representatives from the Ministry of Finance, Ministry of Federal Affairs and General Administration, Ministry of Forest and Environment, Ministry of Industries, Commerce and Supplies among others.

They reaffirmed their commitment for cooperation and coordination on their part for the timely completion of the national pride projects under the Ministry of Defense.

India Urges Nepal To Remove Encroachment From Border In Uttarakhand By Agencies 3 days, 10 hours ago 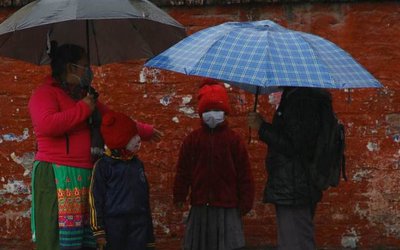