NEPAL-INDIA RELATIONS Back In Track 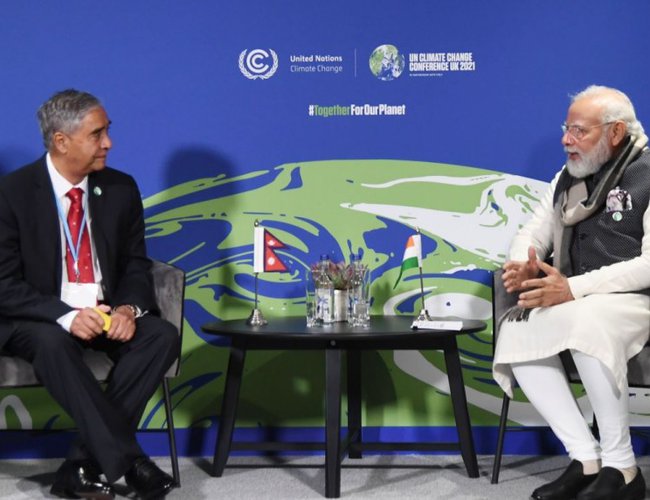 Two leaders of close neighbors exchanged the message of goodwill for the first time over the years. After the promulgation of new constitution in 2015, Nepal-India relations have never been in good terms. Despite several rounds of high-level meetings, the bilateral relations remain in low ebb.

Publication of new map by Nepal incorporating disputed territory of Kalapani in Nepalese map has virtually put the bilateral relations in lowest ebb closing the doors of high-level political contacts.

Although Prime Minister Deuba and all other political parties represented in the House of Representatives unanimously supported the constitution amendment bill to include a small portion of disputed territory in Nepalese official map, his party’s stand was mild compared to communist government led by KP Sharma Oli.

After the reinstatement of House of Representatives and fall of the government led by PM Oli, both the sides have initiated new moves. Appointing Dr. Narayan Khadka as foreign minister and sending him to UN and meet Indian Foreign Minister; PM Deuba had quietly taken initiatives for rapprochement at political level.

Finally, PM Deuba’s move is yielding results. On the sidelines of COP26, Prime Minister Deuba and Prime Minister Modi held bilateral meetings and agreed to intensify high level meetings, which seem to be changing the situation.

After the formation of the government of Deuba under a verdict of Supreme Court, Nepali and Indian sides took quite a few steps to bury the differences.

Since taking office, Deuba and his administration have actively sought New Delhi’s support and have made desperate attempts to reach out to New Delhi.

The visit of Bharatiya Janata Party’s Foreign Affairs Department chief Vijay Chauthaiwale, who came to Nepal at the invitation of ruling NC, laid down the conditions. During his stay in Nepal, Chauthaiwale extensively discussed with Deuba and other top political leaders of major parties.

After laying the groundwork through party-to-party exchanges, Nepal’s Foreign Minister Khadka and Indian External Affairs Minister Jaishankar talked on the sidelines of 76th General Assembly of the United Nations.

The two ministers discussed the wide range of bilateral issues at the top of the priority list. After the meeting with Dr. Khadka, Jaishankar tweeted that they had “agreed that we should work together closely to take our special relation forward.” 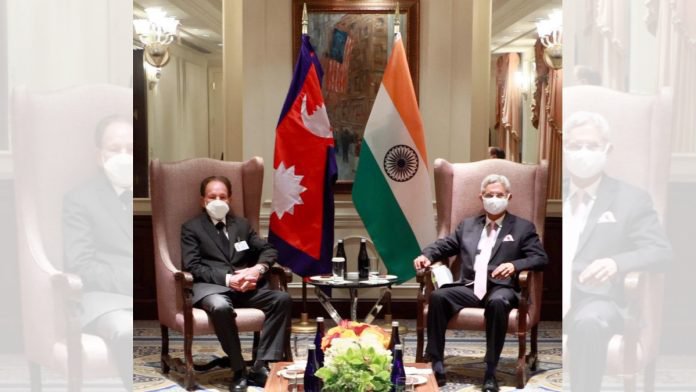 Then, Nepal and India met in 14th meeting of Bilateral Consultative Group on Security Issues in Bengaluru. During the meeting, mutual security concerns, training and capacity building requirements of defense forces of Nepal and bilateral cooperation in disaster management were some of the key issues discussed at the meeting.

Although there is still a long way to go to build the confidence and change the state of current relations, the meeting between PM Deuba and PM Modi in the sidelines of World Leaders Summit of COP26 is a major step.

A decision of Indian Power Ministry to allow Nepalese surplus electricity to trade in Indian competitive market is taken as an outcome of the high level meeting of the two countries.

Prime Minister Deuba thanked the Prime Minister of India for its valuable assistance in socio-economic development of Nepal including infrastructures, railway links, petroleum pipeline, reconstruction projects among others.

He also thanked for the Indian support to Nepal in essential medical supplies and vaccines in its fight against Covid-19 pandemic. He expressed that India’s support would continue in supply of chemical fertilizer as in the past.

He requested the Indian government to allow additional air entry routes through Mahendranagar, Dhangadhi, Nepalgunj and Bhairahawa. The Indian Prime Minister stated that he would work for further strengthening Nepal-India ties and assured of his full support to Nepal as required.

Prime Minister Modi also expressed his commitment to supply vaccines, and medical equipment from India to Nepal. The ministry of external affairs (MEA), in a statement, said that this was the first meeting of Prime Minister Modi with prime minister Deuba after the telephone conversation between them in July this year when Deuba assumed office as the prime minister of Nepal.

"The two leaders noted the excellent cooperation between India and Nepal during the pandemic particularly through the supply of vaccines, medicines and medical equipment from India to Nepal as well as by ensuring the free flow of goods across the borders," the MEA said.

Both leaders discussed ways to further strengthen bilateral cooperation including in the context of ongoing efforts against the Covid-19 pandemic.

While the Government-to-Government level interactions are ongoing, PM Deuba is also promoting the party to party relations advocating for the party-level interactions in reaching out to India. This also helped this time to reduce the misunderstanding.

Traditionally, India and Nepal have resolved their misunderstandings through well-established bilateral diplomatic channels at the Foreign Secretary-level. However, party level meeting also worked successfully this time.

From the very beginning since coming to power, Deuba’s main foreign policy priority has been finding a way to mend ties with New Delhi. However, the current scenario is just the beginning. Several key bilateral issues need to be resolved through dialogue in order to push the relationship to the next level. Despite some pressing bilateral issues, recent trends in bilateral relation are encouraging.

Despite the fluctuations in the relationship at the political level, the overall bilateral relations are satisfactorily moving ahead, irrespective of whichever party forms the government. In recent years, bilateral meetings have been taking place on a regular basis and many pending projects are being completed or clearing hurdles.

The ongoing meetings and interactions between Nepal and India must be continued in the days to come.

Following 5-year long gloom and pessimism in Nepal-India official level relations, the two countries seem to be moving towards a reset in bilateral ties. Since taking office in July 2021, Prime Minister Deuba, along with his Cabinet members, has been making efforts to reach out to the leadership in India and resume the talks in several sectors, including railways trade, hydropower, culture and COVID-19. In reciprocation, India has also welcomed the Nepalese rapprochement.