The production and sale of Ayurvedic medicines, the study and production of new medicines are at a slow pace. Vaidyakhana has been plagued by leadership disputes and inadequate budgets. 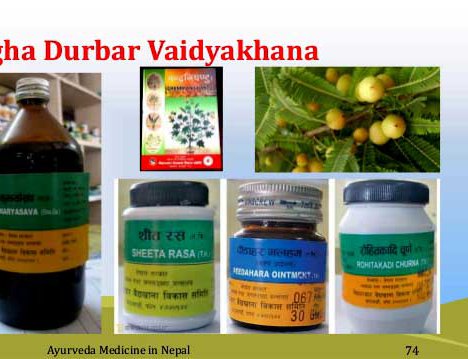 Prime Minister Deuba has recently said that the government of Nepal will fully support Patanjali's non-profit activities. He said that Patanjali Nepal TV and Astha Nepal TV would be launched only after obtaining permission by issuing a press release.
Similarly, various media outlets have expressed regret over the publication of misleading information due to lack of clear information regarding the TV which is going to be operated under PatanjaliYogpeeth. The statement said, "TV Bhavan has been inaugurated on 2078/08/03 on the important occasion of the presence of world-renowned Swami Ramdevji and Ayurveda ShiromaniAcharyaBalkrishnaji in the presence of Hon'ble Prime Minister. According to the policy and rules of the government of Nepal, the TV will be operated only after permission is obtained as per the rules.
Singha Durbar Vaidyakhana is the only government body in Nepal to produce Ayurvedic medicine. In addition to producing Ayurvedic medicine, the clinic also offers advice on Ayurvedic treatment. The hospital, which has been working as a development committee since 2052 BS, was producing about 185 types of Ayurvedic medicines using natural herbs available in the country. 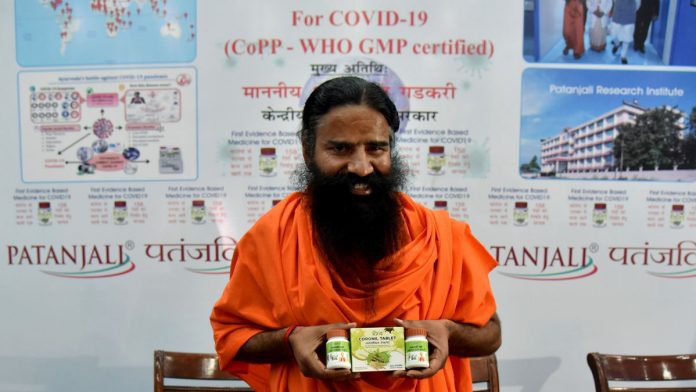 It was established during the reign of King Pratap Malla (1698-1731 BS) as a dispensary producing Ayurvedic medicines. During the Shah's reign, the hospital was located at Hanumandhoka Durbar. The hospital, which was relocated to Thapathali during the reign of Rana Prime Minister Jung Bahadur, was later renamed Singh Durbar Hospital after Chandra Shamsher moved it to Singh Durbar. The Vaidyakhanais was operated by the Development Committee in 2052 BS. The Singha Durbar Vaidyakhana, which has a history of hundreds of years, has not been able to change or modify itself in time.
There is no progress in the medical field now except for walking. The production and sale of Ayurvedic medicines, the study and production of new medicines are at a slow pace.
Vaidyakhana has been plagued by leadership disputes and inadequate budgets. At one time, the reliability and quality of medicines produced by pharmacies were widely discussed. But now new companies are displacing the clinic. Ordinary people are forgetting the hospital.
The pharmacy, which produces 120 types of medicines, has been reducing its production capacity. It is said that the reputation of the hospital has declined due to the reduction of production that has to be increased over time and not adapting itself to new technology and equipment. According to the standards of the World Health Organization, Vaidyakhana has not been able to meet the target of producing medicine for years. The long-awaited move to Good Manufacturing Practice (GMP) does not seem to be coming soon.
The ministry allocates around Rs. 20 to 30 million for this organization every year and the rest is under the budget development committee.
The public should be informed from time to time about the medicines produced by Singha Durbar Vaidyakhana. Nor is it a market promotion. On the other hand, Patanjali's MNC has the backbone of marketing
At the same time, preparations are being made to open branches of SinghdDurbarVaidyakhanain in all the provinces. But, what are the preparations for this? No study has been done on what kind of plants, herbs and medicines can be produced in which states.
When opening a branch in every province, the budget, manpower, and physical infrastructure for the production of medicines should be prepared. The production process of the only government-industry producing ayurvedic medicine in Nepal, despite the trust of the common people and the demand in the market, is not modern, the production is also low.
The Singha Durbar Vaidyakhana has not been able to send the much-demanded medicines including Bajikar, AbipattikarChurna and Mamiya to the market. During the fiscal year 2071/72 to 2074/75, only 40 types of medicines were produced.
Most of the equipment used in Singh Durbar Vaidyakhana are also old. At present, the pharmacy is not producing enough medicines, and the medicines produced are not up to the international standards of Good Manufacturing Practice (GMP). In order to obtain GMP certification, the pharmaceutical industry has to produce equipment and procedures in accordance with World Health Organization standards.
The Singha Durbar Vaidyakhana Development Committee, the oldest manufacturer of Ayurvedic medicines in Nepal and providing consultant services on Ayurvedic treatment, seems to have collapsed. With the decision of the Council of Ministers meeting held in 2075 BS, the procurement of raw materials, production and sale of medicines was hampered.

Private ayurvedic medicine companies are taking direct advantage of this. The government has not shown much interest in the production of Ayurvedic medicine even though it has got the opportunity to benefit from it.

Government officials claim that the private sector is selling substandard medicines to consumers at exorbitant prices as government companies do not produce ayurvedic medicines.
Hundreds of customers who come to Singh Durbar Vaidyakhana daily are forced to return empty-handed due to a lack of medicines including Chyavanpras and Shilajit.

Millions of dollars have been spent on equipment for pharmaceutical production. Although more than 100 patients come to Singha Durbar Vaidyakhana every day looking for Ayurvedic ointment, it is not available in the pharmacy of the Vaidyakhana.
If Singha Durbar Vaidyakhana produces the required ayurvedic medicine regularly according to its capacity, it can easily earn Rs 150 to 200 million annually.

Established in 2006, Patanjali Ayurveda Limited's business has exceeded expectations. Patanjali Ayurveda produces various daily necessities. FMCG (Fast Moving Consumer Goods) is a commodity of daily consumption that is relatively inexpensive and consumes such products on a daily basis which is why it is called Fast Moving.
Patanjali Ayurveda seems to have been established in 2006 by AcharyaBalkrishna and Baba Ramdev with the objective of providing consumers with a combination of ancient knowledge, Ayurveda and current technology.
The products of Patanjali Ayurveda have reached even the Gulf countries. The benefits of trade can be used in the development of these countries, says Baba Ramdev.
Challenging Multinational Companies Patanjali Ayurveda Limited is also trying to establish itself as a multinational company and this is confirmed by the growing annual turnover of Patanjali Ayurveda.
It will not take long for Patanjali Ayurveda to be established as a powerful multinational company, not limited to being an FMCG provider with production and expansion of the sector, in line with the progress of the first year.
Patanjali's products are now seen in homes in Nepal as well. Patanjali, who has progressed so fast, is now a new example for the best multinational companies in the world. Patanjali is believed to have succeeded in cultivating religion, restraint and Eastern civilization and lifestyle rather than industrial goods or products. Some of the products are not even counterproductive as soon as they come on the market. However, small things have been lost in the face of Patanjali's growing brand.
Patanjali has taught the world that it is important to build a strong community before launching any brand. Patanjali's marketing is now taught as a new trend in marketing in every university that teaches marketing in the world, and Baba Ramdev is not only a businessman but also a guest speaker, sometimes giving lectures in marketing at the university. It would not be an exaggeration to say that Singha Durbar Vaidyakhana and Nepal have a lot to learn from Baba Ramdev.