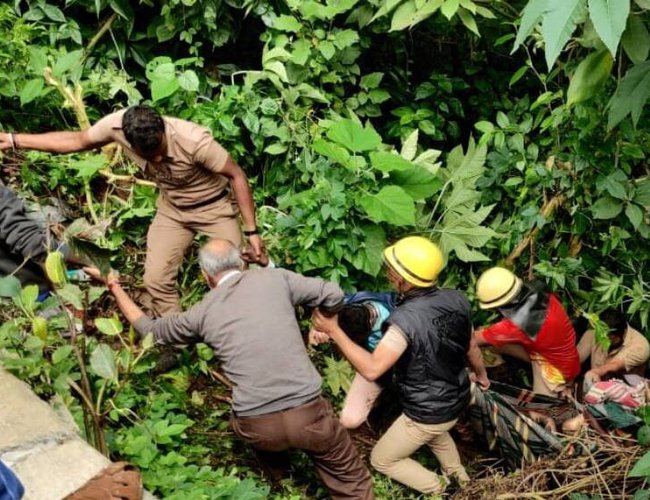 A helicopter carrying India’s foremost military officer Chief of Defence Staff Bipin Rawat crashed near Ooty in Tamil Nadu on Wednesday. Details of the injured and of any possible casualties are awaited.

There were nine people on board the chopper, apart from the crew.

Sources said at least three injured people from the crash have been taken to hospital, but their identities are not confirmed.

An Indian army helicopter carrying India's topmost military official and his family has crashed in the southern Indian state of Tamil Nadu.

It was not immediately known if Gen Rawat and his family were safe. Reports said there were 14 people on board.

District officials said four bodies had been recovered from the crash site and three injured were taken to hospital.

Visuals from the crash site showed thick plumes of smoke billowing from the mangled remains of the helicopter and local people were seen trying to put out the fire.

The Indian Air Force said it had ordered an investigation into the accident.