Establishing diplomatic ties with Israel, Nepal took a daring step. However, its policy towards Israel in UN voting is contradictory and inconsistent 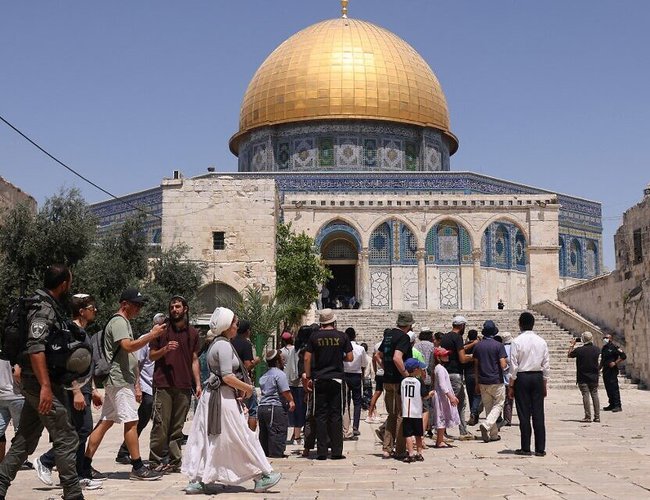 Establishing diplomatic relations with the state of Israel in 1960, NC leader BP Koirala took a daring step. His argument was that every small state like Israel has right to exist as an independent nation.

However, no political leader, including those from BP’s own party, has ever backed the fundamental ethos of BP Koriala’s decision to establish diplomatic relations and recognizing state of Israel.

His party was in power several times in the last 60 years, with governments led by those including his own brother GP Koirala, but no one dared to back BP Koirala’s stand in United Nations voting.

Nepal has been blankly voting on the resolution against Israel. Whether the issue of terrorists Hamas or anything else, Nepal seems to have a policy to discard rights of state of Israel.

Although there are three options in voting in UN including absent, abstentions and against, Nepal has been siding on almost all resolutions against Israel. Although Nepali Congress leader Dr. Narayan Khadka is now foreign minister and Sher Bahadur Deuba is prime minister, Nepal voted in a resolution which excludes the rights of Jews in a religious site.

Just forget about other countries including Muslims around the world. Nepal, which claims as one of the most inclusive and multi-cultural and multi-religious country, also stood with 129 nations endorsing the resolution which excluded and declined the rights of Jews people and Israel state on common religious shrine.

The UN General Assembly approved a resolution 129-11 that disavowed Jewish ties to the Temple Mount and called it solely by its Muslim name of al-Haram al-Sharif.

The text, referred to as the "Jerusalem resolution," is part of a push by the Palestinian Authority and the Arab states across the UN system to rebrand Judaism's most holy site and as an exclusively Islamic one.

The United States, which opposed the text, said that the omission of inclusive terminology for the site sacred to three faiths was of "real and serious concern."

"It is morally, historically and politically wrong for members of this body to support language that denies" both the Jewish and Christian connections to the Temple Mount and al-Haram al-Sharif.

The US has not been the only country to voice concern over the lack of inclusive language. In an attempt to ensure support for the resolution, its authors had made some small amendments since the UNGA last approved the resolution in 2018 by 148-11. That text referenced al-Haram al-Sharif twice, one in the action portion of the resolution and once in the introduction.

This time, the phrase al-Haram al-Sharif was mentioned only once in the introduction. Despite this shift, support for the resolution dropped, with the number of countries that abstained growing from 14 to 31.

Three years ago, all the European countries supported the text, this year a number of them changed their votes.

Hungary and the Czech Republic opposed the resolution, while Albania, Bulgaria, Denmark, Germany, Lithuania, the Netherlands, Romania, Slovakia and Slovenia.

A British envoy said the "the resolution adopted today refers to the holy sites in Jerusalem in purely Islamic terms without recognizing the Jewish terminology of Temple Mount.

"The UK has made clear for many years that we disagree with this approach and while we welcome the removal of the majority of these references, we are disappointed that we were unable to find a solution to the final reference.

"The UK has therefore moved our vote today from a 'yes' to an 'abstention.' If the unbalanced reference had been removed, the UK would have been ready and willing to vote 'yes,'" the British envoy said.

"This should not be misunderstood as a reflection of a change in UK policy toward Jerusalem. Instead, it is an important signal of our commitment to recognizing the history of Jerusalem to the three monotheistic religions," he said.

Despite other options including absent and abstention, voting in favor of resolution, Nepal has, in principal, supported exclusive policy ignoring the rights of other community and religion.

Interestingly, Nepal voted in a proposal ignoring the existence of Jews at a time when the government is led by Nepali Congress Party whose leader B.P. Koirala established the diplomatic relations with Israel. Given the new changing scenario when Gulf countries and Arabic countries have been changing their policy, is not it a time to review our foreign policy on Middle East making it realistic?

Nepal Sends Over 14 Tonnes Of Humanitarian Assistance To Afghanistan By NEW SPOTLIGHT ONLINE 5 days, 16 hours ago