NC Elections: The Counting Vote Will Likely To Begin From Tonight

NC Elections: The Counting Vote Will Likely To Begin From Tonight 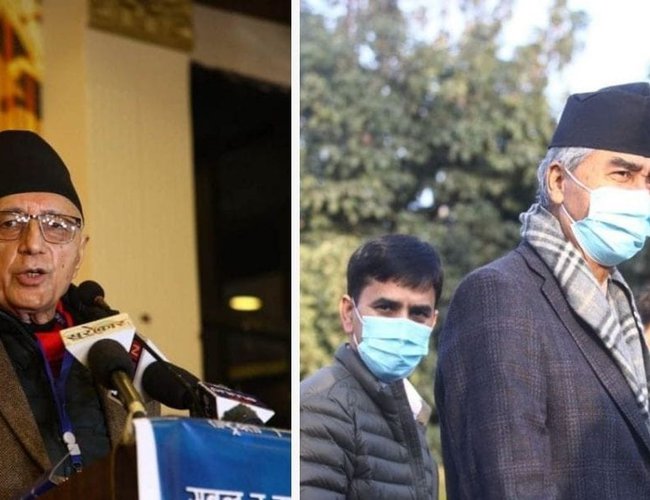 The counting of votes of the second round of elections for the party president will likely to start from 11 PM. According to the elections committee of the Nepali Congress, the vote counting will start immediately after concluding the elections.

Prime Minister and NC President Sher Bahadur Deuba and leader Dr. Shekhar Koirala are vying for the presidency in the second phase of the election.

As a total of 1600 votes have been cast till 6:00 pm in the reelection that took place to elect the party president in its ongoing 14th General Convention, it is estimated that another 3 to 4 hours will take for completing the elections.

A total of six polling stations have been arranged for voting in the voting center in Bhrikuti Mandap. Both the candidates are wooing the voters, who have queued up to cast their ballots, to vote for them for the party presidency.

As no candidate secured 51 percent of the total votes in the voting held Monday, the reelection for the party presidency started this afternoon.

The central election committee coordinator Gopal Krishna Ghimire said that time has been managed till 7:30 pm to cast the vote for the post of party president.

The official number of delegates to the 14th General Convention is 4,743.

In the first round of the voting held on Monday, Deuba finished the race with 2,258 votes while his nearest competitor Dr Koirala obtained 1,702 vote

LOCAL POLLS: Independent Test By A Correspondent 2 weeks, 4 days ago