Arun III Project Will Complete By 2025

Arun III Project Will Complete By 2025 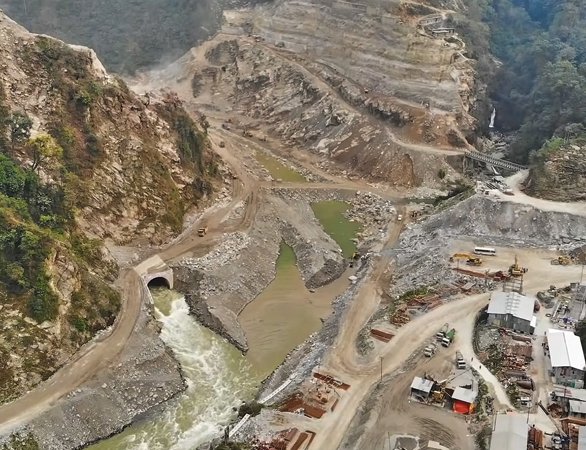 The Satluj Jal Vidyut Nigam said that the work will be completed within the stipulated deadline reports Work on the construction of the 900-megawatt Arun-3 Hydroelectric Project is moving forward at a rapid pace. The Nigam has said that it has been working 24 hours a day reports The Rising Nepal.

The foundation stone for the project was laid on May 11, 2018, jointly by the then Prime Minister KP Sharma Oli and his Indian counterpart Narendra Modi to be completed by 2023. Till now, 45 percent of work has been completed and Satluj insists that it will meet the deadline which is now two years away reports The Rising Nepal.

The project requires a total of 11.8 kilometers of cement-plastered tunnel, of which, 6.9 kilometers have been dug and 70 meters have been plastered. Construction on the dam at Phyaksinda, Makalu Rural Municipality–5, is also moving ahead rapidly. Arun Dhiman, chief executive officer of the Arun 3 project, also informed that out of the total 2.54 million cubic meters of soil to be dug, 2.17 million cubic meters had already been excavated. He informed that the construction of the 231-meter drainage tunnel had also been completed.

According to daily, Satluj will export the electricity generated by Arun 3 to India via Mahottari through its own transmission line. So far, 150 towers have been constructed for the transmission line and the foundation for 114 towers has been laid, said Ramesh Chandra Suleriya, deputy manager of the project, adding that 2,475 people are working continuously to make sure the project is finished on time.

Arun 3 is expected to cost Rs. 104 billion. Nepal will get 21.9 percent free electricity from the project as well as a profit of Rs. 348 billion. The locals affected by the project will get shares worth Rs 1.60 billion and will get 30 units of electricity per month free of charge. Arun 3 will be handed over to Nepal after 25 years of its completion.