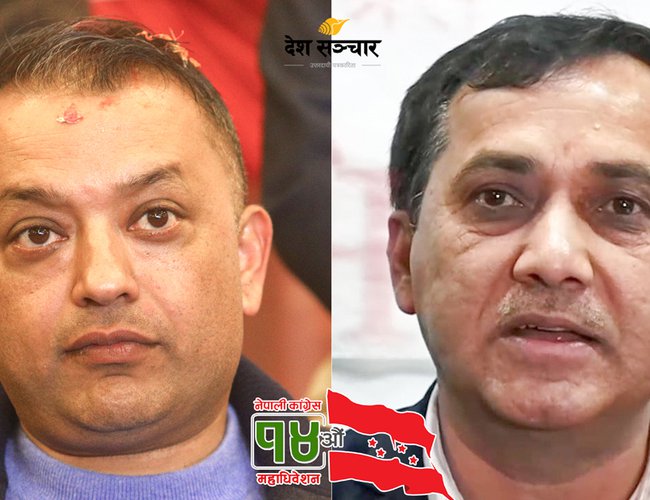 Gagan Thapa and Bishwa Prakash Sharma have been elected to the post of general secretaries of the Nepali Congress.

Thapa got 3,023 votes while Sharma secured 1,954 in the voting held in the 14th general convention of the NC, according to Gopal Krishna Ghimire, coordinator of the NC central election committee.