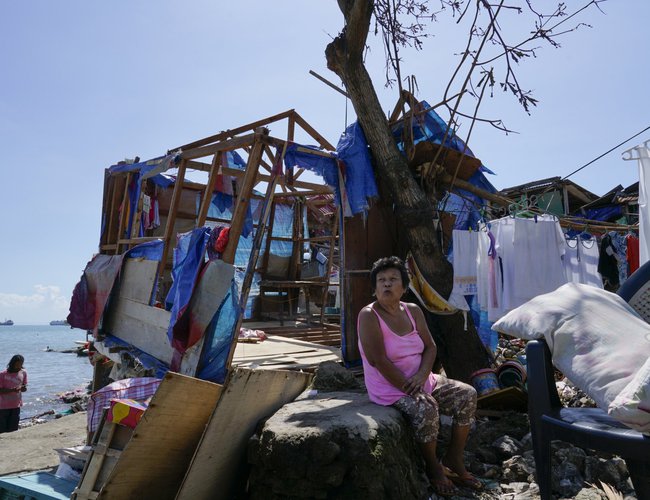 The powerful storm tore through Cebu Island and other parts of the central Philippines from Thursday night through Friday. It destroyed houses and caused floods in wide areas.

Police say at least 208 people were killed mainly on the islands of Cebu and Bohol. They also say more than 180,000 people sought shelter at schools and other facilities.

The country's disaster agency is facing difficulty assessing the full extent of the damage to remote islands, as transportation and communication lines have been disrupted on some islands.

The government said on Sunday that it will allocate 2 billion pesos, or about 40 million dollars, to deliver water, food, tents and other relief goods to people in the affected areas.

But rescue and emergency assistant efforts are being hampered by roads that have been cut off and damaged ports in many areas.

Over 1,500 Die In Devastating Earthquake In Turkey By Agencies 4 hours, 16 minutes ago