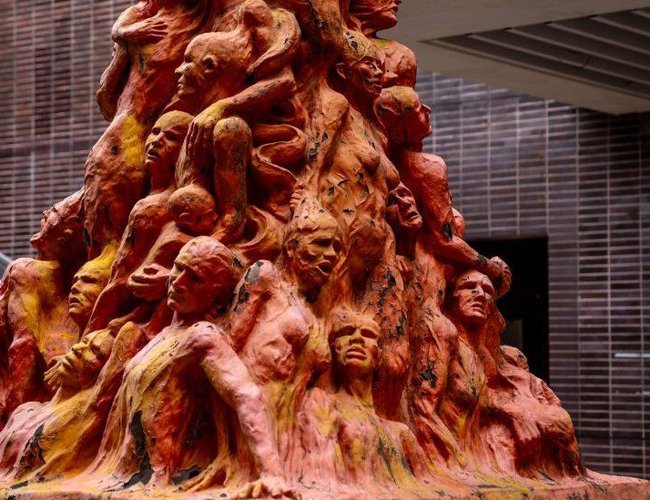 A university in Hong Kong has removed from its campus a statue commemorating pro-democracy protesters who were killed in the 1989 Tiananmen Square incident.

The University of Hong Kong took the action early Thursday morning. The move comes amid increased restraint in Hong Kong as anti-government activists face crackdowns under Beijing's national security law for the territory.

The university said in a statement that its council made the decision on the monument based on "external legal advice and risk assessment for the best interest of the University." It said it was cautioned that the continued display of the statue would "pose legal risks."

The university has put the statue in storage at one of its facilities outside the city center.

The 8-meter statue, a column of anguished human faces and twisted torsos, was created by a Danish sculptor. It was built on the campus in 1998.

Students and citizens' groups seeking to find the truth of the incident have since held memorial services for the victims in front of the statue every year.

Pro-Beijing lawmakers and media outlets have said the statue could incite hatred against the Chinese government.

In Hong Kong, several senior members of citizens' groups organizing Tiananmen memorials have recently been arrested on suspicion of violating the national security law. The screening of a film themed on protest demonstrations has also been canceled.

Over 1,500 Die In Devastating Earthquake In Turkey By Agencies 5 hours, 1 minute ago