Mayors Are Committed In The Reconstruction And Promotion Of Cultural Heritages

Mayors Are Committed In The Reconstruction And Promotion Of Cultural Heritages 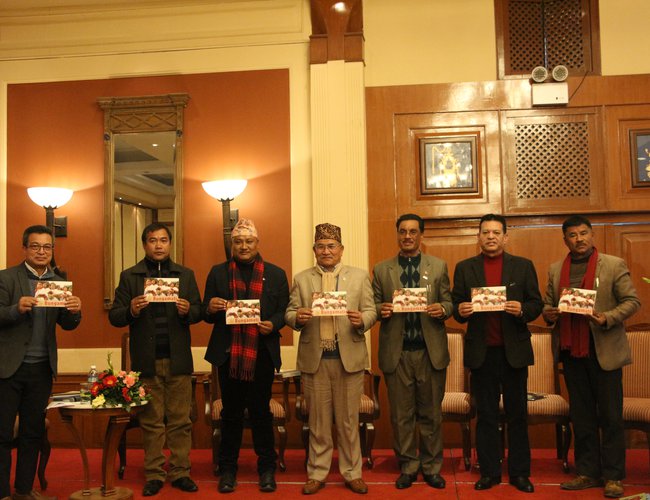 December 22, 2021: Mayors of Kathmandu Valley have emphasized for the unified effort and visionary programs to be made with high priority at all local levels in the protection, enhancement and development of Nepal's cultural heritage.

The Mayors of Lalitpur Metropolitan City, Madhyapur Thimi, Mahalakshmi, Chandragiri and Godavari Municipalities have expressed their strong commitment in this regard at a program organized by Parya Sampada Project in the capital. After the devastating earthquake of 2072 BS, the development and reconstruction of the heritage areas have been given high priority and attention has been drawn for its protection and promotion. 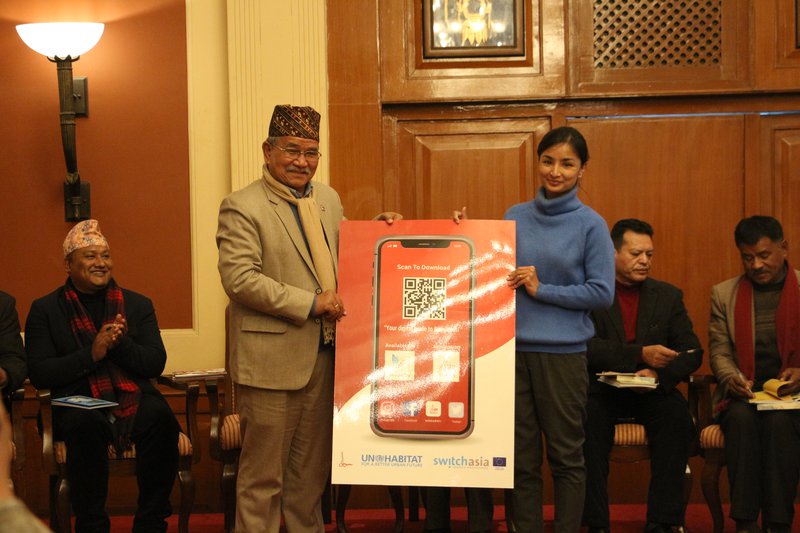 The chief guest of the program, Chiribabu Maharjan, Mayor of Lalitpur Metropolitan City, lauded that the municipality has given continuity to the construction of temples, stupas and transforming the processions and festivals keeping SDGs and green growth in mind.

He expressed pleasure over the significance of the decision of not having to go through a tender process for the work worth Rs. 100 million ensuring the quality during the reconstruction and renovation of the heritage sites. He urged all the local levels of the valley to join hands in this campaign as heritage and culture are directly related to human civilization rather than the territory. He recalled that Lalitpur Metropolitan City has cooperated with the neighboring municipalities through the development and expansion of bicycle lanes and other similar programs.

Speaking on the occasion, Pragya Pradhan, Habitat Program Manager of UN-Habitat said that the project has carried out commendable work for the conservation and protection of the tangible and intangible heritage of Bungamati and respecting local values. She stated that if heritage and cultural tourism were given priority at all local levels, it could preserve culture and contribute to the economy of locals through tourism at the same moment. Reciting the major intervention of Parya Sampada funded by the European Union Switch Asia Program contributed to the renovation of Ponds, Phalchas and other tangible heritages.

This project equally contributes in technical assistance to the municipal drawing of 225 private houses, construction of the multipurpose building, providing tourism-based entrepreneurship training to 600 women and youth. Adding on the intangible part it promotes youth in business development, skill-based training to 450 participants, formulation of municipal policies relating to tourism, heritage settlements and green growth are some of the credible work of the project.

Speaking at a program jointly organized by UN-Habitat and Lumanti, Godavari Municipality mayor Gajendra Maharjan spoke that the people's representative had entered after a gap of about two decades and the creation and development of the heritage was a technical issue. The municipality has given importance to the protection of hiti, falcha, temple and guthi through budget, policies and programs and is interested in its continuity.

Chief of MadhyapurThimi Municipality Madan Sundar Shrestha said that the Heritage Recovery plans prepared by the project is an exemplary effort which resembles a blueprint of heritage conservation. He added that the heritage sites were preliminarily linked with the culture and civilization of the respective castes and in the second phase, this is the major source of income contributing to national and international tourism.

Highlighting the essence of Bungamati and other heritage sites as living museums, Mayor Gajendra Maharjan from Godawari Municipality declared that the reconstruction of heritage sites is more technical and thanked the project for the foundation documents. The municipality has given importance to the protection of Hiti, Phalcha, Temple and Guthi through annual programs and allocation of budget thinking of sustainability.

Chandragiri Municipality, which is the main gateway to the valley, has many natural and cultural tourism sites. Recalling that Chandragiri Danda is one of the top 100 tourist destinations having a cultural aesthetic value selected by the Government of Nepal, Mayor Ghanshyam Giri stated that his municipality has contributed to the preservation of heritage. He added that the Parya Sampada project has done a detailed study and submitted the report of Balambu and Kisipidi which has laid a foundation for cultural development.

The Mahalakshmi Municipality of Lalitpur is working on the construction of Newar Museum, International Religious Museum and Tamang Museum to preserve the intangible heritage. Mayor Rameshwor Shrestha indicated that the new generation has been involved in the expansion of religious tourism through active participation of youth and women in various fairs and festivals. The study in Siddhipur and Lubu, funded by the EU has contributed to the systematic development of the heritage area. 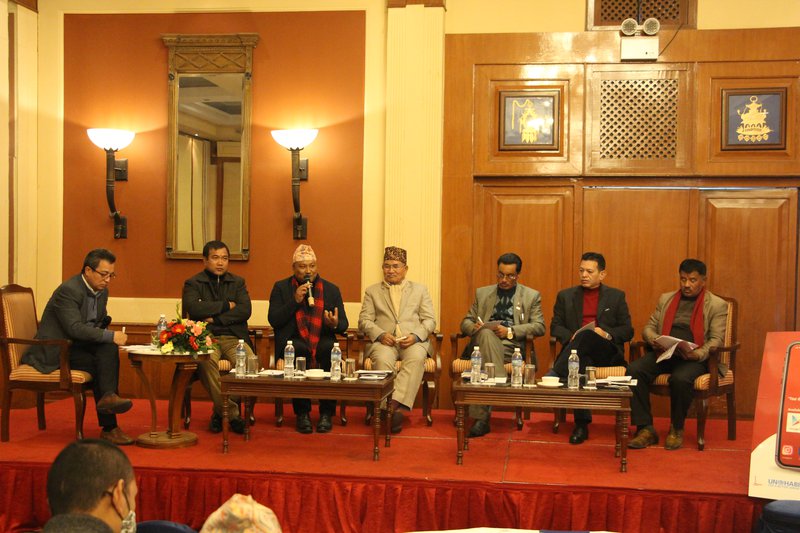 Rabin Man Dangol, Heritage Protection Coordinator of Kirtipur Municipality, said that active engagement with the cooperation of technical experts and citizens is vital for the protection of tangible and intangible heritage. He said that the municipality has made remarkable contributions in the reconstruction of temples and ponds, waste management and green development in the Kirtipur area

Speaking at the event, Senior Urban Planner Padma Sundar Joshi said that all local levels need to reflect on the latest learning and international practices in heritage conservation in line with the concept of sustainable development. He said that the local level should make a special contribution in promoting such practices through various forums.

In the program, four story books were unveiled among the participants. The android mobile application “Bungamati” with the slogan the digital guide to Bungamati is launched at the event. LajanaManandhar, head of Lumanti, concluded that all local governments need to make collective efforts and commitment towards heritage conservation in a sustainable way.

The EU And Nepal Hold Their 14th Joint Commission By NEW SPOTLIGHT ONLINE 11 hours, 37 minutes ago