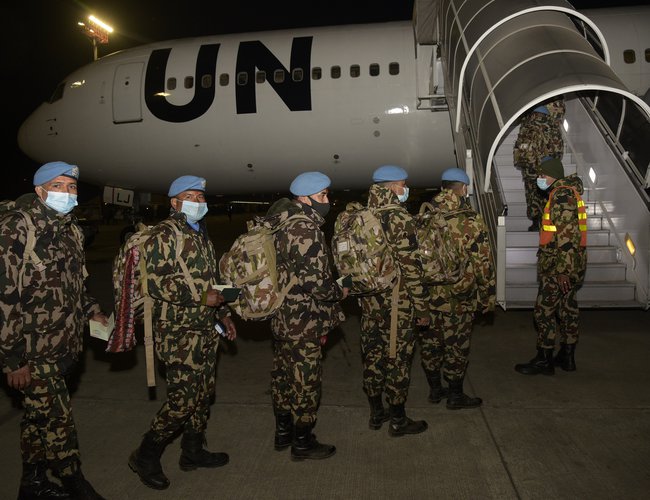 A troop of Nepali Peacekeeping Mission has left for the Democratic Republic of the Congo to participate in the stabilisation mission in Congo (MONUSCO).

Issuing a press statement on Thursday, the Nepali Army (NA) informed that a troop of 210 NA officials including eight females would be deployed in the main body of Quick Reaction Force Company in Congo. Major Ranjit Thapa is leading the Nepali Peacekeeping Mission.

The force left for Congo in the UN chartered flight of Ethiopian Airlines. A troop of NA has already been deployed in the MONUSCO mission, Congo.

The NA Directorate of Public Relations and Information further informed that all health and safety protocols were adopted in the special flight to Congo as per the policy to give continuity to the peacekeeping mission even during the COVID-19 pandemic.

The NA has been significantly contributing to the UN peacekeeping missions in countries having conflict.

New Data On Nepal PLHIV Stigma Index 2.0 Indicates The Need To Create Arespectful And Equal Environment For PLHIVs In Community And Workplace By NEW SPOTLIGHT ONLINE 1 day, 10 hours ago

Melamchi’s Water To Be Distributed By December 13 By Agencies 3 days, 4 hours ago