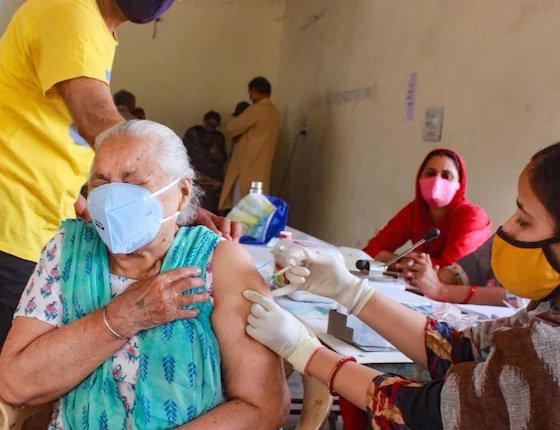 Indian Prime Minister Narendra Modi has announced the extension of a vaccination program to teenagers between 15 and 18 to tackle the rapid spread of the Omicron variant of the coronavirus.

He said in his address to the nation on Saturday that the vaccination of those who are aged 15 and above will begin on January 3. He also said that booster shots for healthcare workers will start on January 10.

He added that those who have underlying health problems in the age group above 60 will get the booster shots upon doctor's advice.

Modi talked of the Omicron threat in his country and urged people not to panic.

He mentioned that about 90 percent of the Indian adult population age 18 and above have already received a single dose of vaccination and 61 percent received two doses.

The prime minister went on to say that a nasal vaccine and a new DNA vaccine will soon be available in his country.

The number of cases in India has plateaued after a big surge but 415 cases of the Omicron variant have been identified so far.

A nighttime curfew is still in place in some areas.