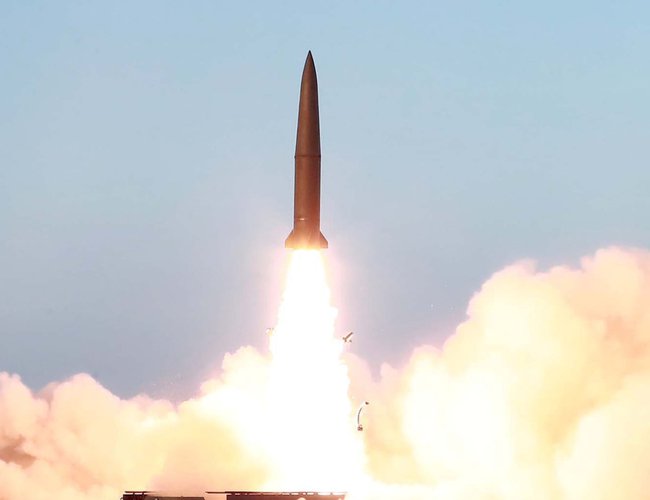 The Japanese government has announced that North Korea launched a projectile that may have been a ballistic missile.

The Japan Coast Guard is calling on ships to remain alert and stay abreast of updates. It has also announced that it believes the projectile has come down.

The Japanese government has convened an emergency meeting of its response team. It says it will continue to analyze information and monitor the situation.

Japanese Prime Minister Kishida Fumio says the government will step up vigilance and surveillance following the possible launch of a ballistic missile by North Korea. He expressed regret over the country's repeated missile launches since last year.

Kishida spoke to reporters after he arrived at the prime minister's office 30 minutes earlier than scheduled on Wednesday morning.

He says he has instructed officials to do their utmost to gather and analyze information and to provide it promptly and accurately to the public.

Kishida also said he told the officials to take thorough measures to ensure the safety of aircraft and vessels, and be fully prepared for unexpected events.