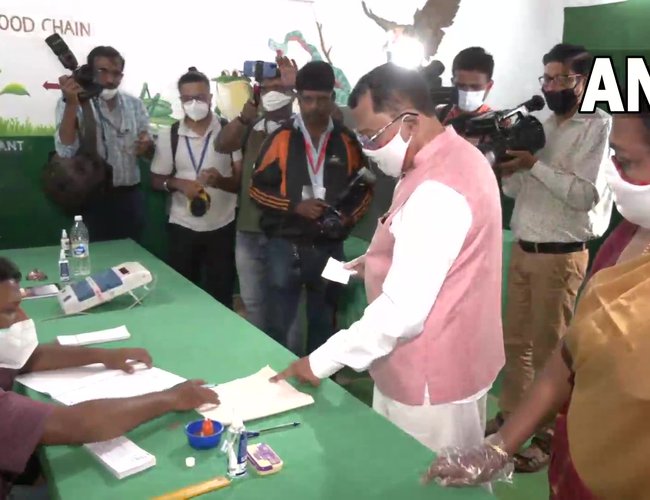 Voting kicked off in Goa and the 55 seats of Uttar Pradesh at 7 am on Monday, while polling in Uttarakhand is scheduled to start at 8 am.

Chief ministers Pramod Sawant and Pushkar Singh Dhami, former CM Harish Rawat and jailed Samajwadi Party leader Azam Khan among the prominent candidates in the fray. It is a high-stakes election for the ruling BJP and a litmus test for the Modi government’s policies that have been targeted by Congress, AAP and other opposition parties during their campaign. The coastal state of Goa, with over 11 lakh voters, has 301 candidates contesting from 40 Assembly seats, while in Uttarakhand, which has an electorate of 81 lakh, 632 candidates, including 152 independents, are fighting from 70 seats.

More than 60 per cent voter turnout was recorded in the first phase of polling for 58 Assembly constituencies spread across 11 districts of Uttar Pradesh on Thursday, according to officials. Kairana constituency in Shamli district recorded the highest turnout of 75 per cent among the seats where polling was held, they said. Tight security arrangements are in place for Monday, with 586 candidates contesting in this phase from 55 seats spread across the districts of Saharanpur, Bijnor, Moradabad, Sambhal, Rampur, Amroha, Budaun, Bareilly and Shahjahanpur. “Eight assembly constituencies of Nagina, Dhampur, Bijnor, Asmoli, Sambhal, Deoband, Rampur Maniharan and Gangoh have been placed in the ‘sensitive’ category,” the UP police said in a statement.