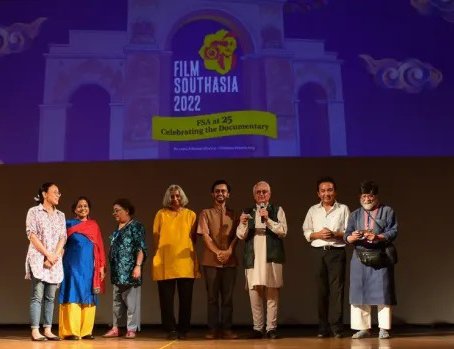 Inaugurating the Film Southasia 2022, Minister Karki said that this kind of program is highly important to integrate the people of the region. He thanked the organizer for hosting such an important film festival in Nepal.

Minster Karki expressed the commitment of the government of Nepal to make Nepal an open, democratic and free country. “We are committed to freedom of expression and free press,” said Karki. 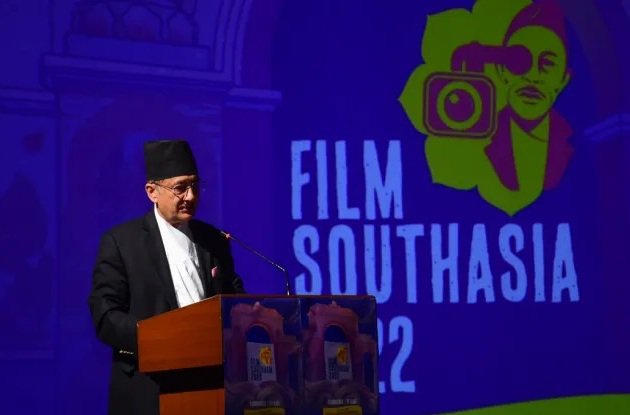 Starting in 1997, Film Southasia (FSA), a biennial film festival, has contributed to popularising the documentary filmmaking genre and it is a platform for documentary filmmakers from South Asia to share their experiences and knowledge

Many people have played a role, the film Southasia is the brainchild of journalist and right activist Kanak Mani Dixit. As Nepal and South Asian Region has gone through many transformations and difficult time, Film Southasia continues to stand as the only festival dedicated to creative documentary makers.

Speaking on the occasion, Minister Karki said that Nepal being a country that believes in democracy and open society, it is possible to preserve and promote art, literature and film in these places.

The festival, which started at the Kamal Mani Theater, screened the documentary film ‘Sat Up Sona’ directed by Indian director Deepti Gupta. The 85-minute film tells the story of actress Sona Mohapatra, who fought for equality in modern Indian society.

Director Gupta said that the film, which also won a National Award, will also question Indian society and power. It tells the story of an actress who struggles for her presence in the patriarchal Indian entertainment industry.

Film South Asia President Kanak Mani Dixit said that Kathmandu should be made the capital of South Asia as Nepal is the most liberal and open country in South Asia. He suggested that the government should take initiative in this regard.

A total of 71 films from eight countries will be screened at the festival, which will be held at Ratobangla and Yalmaya centers. The fair has been organized physically for the first time since the Corona epidemic. Filmmakers from member countries of South Asia have gathered in Lalitpur