Women Need To Stand Up For Themselves

Apart from that, it is a value product that enhances one’s quality of living and brings out benefits to individuals, as well as the society, by increasing productivity, creativity, and technological advances 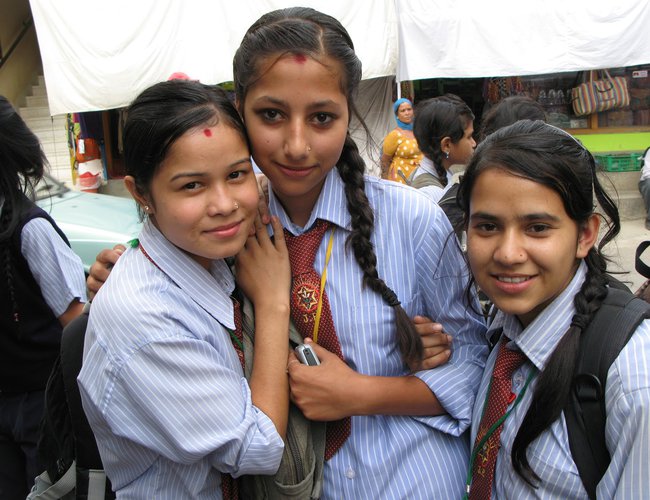 In countries that have achieved sustainable development in this world, education has played a key role. A lot of economies want to invest in ‘human capital’, and education is a means to achieve that end. Human capital, in simple terms, is the productive capacity of an individual. Education brings a kind of self-awareness and understanding of the society and the world around people, and is an important tool to enhance human capital. Apart from that, it is a value product that enhances one’s quality of living and brings out benefits to individuals, as well as the society, by increasing productivity, creativity, and technological advances. Moreover, education also is a significant factor to secure an individual’s economic and social progress. It also helps to improve income distribution.

The adult literacy rate in Nepal is 64.9, as of 2016, with the adult male literacy of 75.58% and adult female literacy of 55.11%. According to the census of 2011, non-formal education in Nepal makes up about 4.15 percent of total educational attainment, with 3.49 percent males and 4.95 percent females. According to the National Review Report 2001-2015, in the primary level, girls have always done as well as boys, sometimes even surpassing them in terms of performance. Overall enrolment of girls has increased by 2.5% per year in between 2005-2012. The gross enrolment rate of girls, which was 40.9% in 2006, which increased to 73.1% in 2012. It was also found that girls older than official age groups are enrolled in schools in comparison to boys. Also, in public schools, girls outnumber boys as compared to private schools. The studies also revealed the inclination of parents to send boys off to private schools as compared to girls.

Despite the suggestion of a healthy gender inclusion in education in the country by the government, a lot of other studies have shown that the participation of the rural population in education is determined by their gender. Literacy rates are higher among the urban women as compared to the rural women. In urban areas, 65.8% women are literate as compared to 39.1% women over the age of 15.

Studies have also hinted that girls perform poorly in all subjects at secondary level. Interestingly, in comparison to boys, enrolment in rural areas of both boys and girls is similar through grades 5 to 7, but the numbers decline very sharply when they reach grades 9 and 10. In public schools, only 20% girls pass the national exams, and the scores and pass rates are very low as compared to boys. This is problematic because a lot of young people in Nepal live in rural areas, estimated at about 84%.

Young girls are deprived of education because the families see gender roles differently. Women are usually known to leave their parents’ houses and move to their husbands’ houses, and this is why people see women as liabilities and not assets. This further leads to parents not investing on the education of girl children and they are made to do additional non-agricultural household work. This involvement and additional responsibility of household chores leave girls with lesser time to focus on school work and studies.Another trend is that 44% of women have never attended school as compared to 23% of men. Also, girls tend to be more harassed in schools by their teachers and male peers. They are also constantly reminded of how little people expect from them, according to a study carried out by UNESCO.

Then, these factors lead girls to drop out of school because they do not pass their examinations. Another leading cause of huge dropout rates among the girls is because of early marriages, especially child marriages in rural areas. The girls do not continue to go to school after they get married, and, even if they do, they drop out when they get pregnant and after childbirth. The poor performance overall and huge dropout rates compel girls to migrate to cities for employment, and because they have poor education qualifications they are limited to low wage jobs especially in the informal sector, and vulnerable to exploitation by people who employ them.

Other factors that result in low school attendance of girls are biological changes, like coping with menstruation and unavailability of toilets in schools. A lot of conventional families do not allow girls to attend schools during their menstruation period. Moreover, they do not receive training and education on handling menstruation. And, girls in rural areas do not have access to modern hygiene products and this makes it very inconvenient for them to attend school or perform normal activities as required. They are also more prone to infections due to lack of proper hygiene and cleanliness since in many rural places in Nepal menstruation is a taboo and women are made to live outside the house in cowsheds or in other people’s houses.

The low education of women has various repercussions. They are forced into sex trade, dohori restaurants, dance bars, and massage parlors not only in Nepal but also in India, Gulf and beyond. Moreover, regardless of the government policy of reservation for women, which is at 33%, all seats are not occupied by women. This fails the entire plan of inclusion. For instance, in 2014, there were only 31 ministers, only 4 women headed political parties (not major parties but random ancillary parties), 3 supreme court judges, and 15.3% females in civil service.

The latest SEE results in 2017, showed that 223,882 girls appeared for the examination as compared to 221,662 boys. This is the third time the girls have outnumbered the boys in SEE exams. In 2015, 60% of the failing candidates were girls.

The government has promised to come up with various programs including scholarships for girls, increase in a number of female teachers, and separate toilets. The government policies might help in increasing enrolment but the government should focus majorly on the quality of education and make and implement stricter laws regarding compulsory attendance of school, child marriage, and child labor. The government and the nongovernmental sectors both want to work towards providing quality education to girls. The government has also provided free textbooks, scholarships, and school uniforms. Development agencies also run programs but again these programs are not very helpful because as mentioned above the barriers are beyond economic but also social and cultural. In a patriarchal society, women do not make decisions for themselves and have very little control over their lives. Unless women realize the need to stand up for themselves and demand they be educated, no program will bring any change. The question of whether this empowerment will come from education is ironic because throughout the paper it was maintained that education is the driving force for change, empowerment and livelihood upliftment. Here, the women need change, and empowerment to even attend schools.

A good education will go a long way to improving lives of women, and it goes without saying that it brings in healthy empowerment and perhaps a better society to live in.

Nepal And India To Give Priority To Butwal-Gorakhpur Transmissionline By NEW SPOTLIGHT ONLINE 1 day, 18 hours ago

UNHCR Shut Down Its Bhutanese Refugee Office In Nepal By Agencies 2 days, 9 hours ago