Nature does what she does without requiring our permission when cloudbursts, droughts, earthquakes, landslides or tsunamis sweep over the earth; but we humans create our own social vulnerability, through ignorance or neglect, which hence becomes our 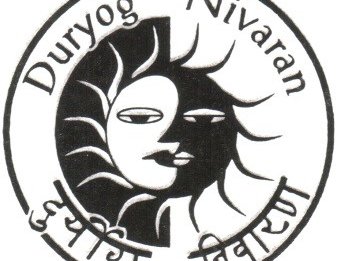 The doyen among Nepal’s ethnographers, the Janku-blessed Bihari Krishna Shrestha had a valid point. Since his phone had gone dead after the Big Earthquake of 25th April, I had gone to his house in Chakupat to find out if he was OK. Our working together goes back to the Marich Man Singh-constituted “Pokhrel Commission” in 1987 investigating why twelve previous years of World Bank effort in urban water supply had been a failure. He was unharmed but shaken; and we talked about the MahaBhukampa and the continuing fear of after-shocks. As a hydropower engineer with some idea of horizontal and vertical earthquake accelerations we use to design dams, I was explaining the many decades of built-up Himalayan tectonic stress kilometers under us when Bihari suddenly said, “Dipak-ji, that is only one force: the other multiplying force is far more dangerous – the accumulated stress of political incompetence and degeneration of the Nepali state apparatus since the mid-1990s!”

Indeed, a physical extreme event alone does not create a disaster: thathappenswhen it gets compounded with social vulnerability from institutional dereliction andmalfunction.Nature does what she doeswithout requiring our permissionwhen cloudbursts, droughts, earthquakes, landslides or tsunamis sweep over the earth; but we humans create our own social vulnerability, through ignorance or neglect, which hence becomes our responsibilityto shoulder when loss of life and property occurs after a natural event. It is precisely to address this lacuna in dealing with disasters that a group of us banded together twenty years ago, in 1994 to form Duryog Nivaran, the South Asian network to promote an alternative perspective on preparing for disasters of all types. Its core team of missionaries came from the Schumacher-inspired ITDG of UK, especially Sunil and Nikki Bastian in Colombo andNayeemWahra in Dhaka. Mihir Bhatt joined from Ahmedabad and Tariq Banuriand his research associate Mehreen from Islamabad; and some of us with Nepal Water Conservation Foundation and Bangkok’s ADPC in AIT all banded together for a good cause. Sri Lanka’s ITDG was to be its secretariat, which it still is under its new incarnation as Practical Action, and I was asked to be its Chair, which has since passed over a decade ago to Mihir Bhatt.

Our proselytizing a different approach to disasters started with a search for a common name that would reflect a South Asian-ness about it. We were adamant not to have a cute English acronym and came up with ‘Duryog Nivaran’ which means what it does – alleviating and obviating the malevolence that comes from disasters – in most South Asian languages from Bengali and Nepali to Sinhala, Gujaratiand Hindi/Hindustani. There were two primary pillars in our approach: first, the idea that disasters are the “unfinished business of development”; and second that, since natural extremes will inevitably re-occur, what local communities and very local governing units do in between events is more important in building up preparedness with resilience than simply relief (important though it is in the immediate aftermath) followed by inevitable social amnesia. (How quicklyhave Jure landslide or Jajarkotepidemic faded from media and official attention! Who remembers the August 2008 Kosi breach, the September 2011 Taplejung earthquake or the July 1993 cloudburst?)

What does the April 2015 Big One say to those advocating the Duryog Nivaran Way? First, let us talk of the immediate aftermath and the failure to move relief quickly to where it is most needed. The hours and the day after is the most critical when shell-shocked surviving family members and neighbours get together to help each other. Nepal has always been a country with a weak state but a very strong society and it is the latter that has stepped forward with amazing grace and stamina to provide relief with its bare hands. This, even when the state is absent, its Loktantrickster political class AWOL and its party-politicized bureaucracy (where secretaries are promoted on party quota) only scheming and already squabbling to see who gets to be the baron that will sit atop the pile of forthcoming rehab funds.

It is the day after when this traumatized society needs a helping hand from outside to cope with rescuing survivors, recovering and cremating bodies of their loved ones, as well as salvaging grain and warm clothes from collapsed buildings. The unit best suited to do this would be the ward and village or municipal units of governance; but Nepal has not hadelected local government for over a decade now, and the promise by the current political class that they would hold local election within 2014 has passed into recorded annals as a cruel joke. It is only the Nepal Army and police that have mobilized themselves despite the Loktantrick political class that harbours hostility towards them.

Helping hands have been extended from abroad in ample measure of generosity, and this is really thanks to the friendly reputation of Nepali society and its people. Narendra Modi called an emergency cabinet meeting on a Saturday within hours of the disaster and the Indian parliamentarians, politicians and government made generous donations; the Chinese, Americans, Russians, Turks, Europeans, all showed up even without being asked; but Nepal’s bickering and paralyzed parliament has yet to even meet as this essay is being written ten days after the event! (Lest we forget, the Kosi breach of 2008 happened as Prachanda was being sworn in as prime minister and he was more worried about travelling to China and India than visiting the displaced victims of that catastrophe; Girija Koirala in whose constituency this calamity happened went to visit his flood victim voters only a month later.) Indeed, unfortunate news has already started emerging that party cadres are squabbling in the districts over relief distribution; and in many cases people have chased away the politicians.

Even worse, very conflicting signals are being given to rescue teams, with relief material held up at customs. Generous pouring of donations from Nepalis and friends of Nepalis abroad have been stymied because individual and collective efforts by worried friends and family abroad have been effectively banned by a government circular to all banks (not rescinded as yet at the time of writing) that such donations will be seized (stolen?) and automatically transferred to the prime minister’s fund. As a bank manager told me, it effectively means that Nepalis will now revert to the informal but resilienthawalatransfers (which rely on social trust rather than formal laws and rules) instead of the formal banking system. (Remember, practically every Nepali household has at least one family member working abroad.) No one denies the right and duty of a government to monitor and regulate the inflow of funds from abroad; but then few Nepalis currently trust their demonstrated Loktantrickkleptocratic rulers with money meant for their traumatized loved ones. Not when, as news reports have it, the big three political parties have come to an agreement to distribute such funds through their local party henchmen in what is called three-party bhagbanda (division of spoils between Kangress, EhMaLaise and the Cash Maoists). And already unseemly fights have broken out in district headquarters between different party politicians diving snout first into the disaster relief trough.

The Duryog Nivaran approach demands that we think of disasters as unfinished business of development, meaning we learn from each disaster and use that forensic moment to rethink development in all its aspects – from hydropower to roads, from buildings to communication towers, from local self-preparedness to disaster education – and put them on a more resilient path. Juddha Sumshere did that in 1934 and the re-built New Road still stands; Marich Man Singh did that with Dharan in 1988 and no damage was reported to buildings there this time around. A sine qua non for that to happen is that we first need a government that is responsive, inspiring, having integrity and accountability. There is little chance of that materializing in the foreseeable future with the current dispensation that has lied too often, too brazenly, and gotten away with no accountability, thanks to blind “international” support.