Nepal is a source country for women, men and children subjected to forced labor and sex trafficking, primarily across Asia and the Middle East. 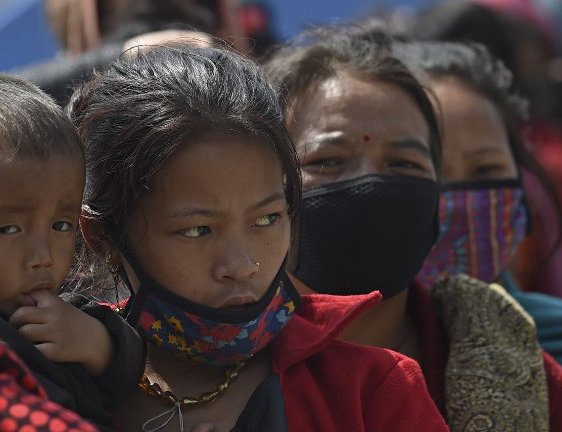 Human trafficking is the fasted growing criminal industry in the world. Annually, approximately 600,000-800,000 people are trafficked across national borders around the world, 80% of whom are women and girls. Nepal is a source country for women, men and children subjected to forced labor and sex trafficking, primarily across Asia and the Middle East.  It is an organized crime.

It is generally believed that disasters, both natural and human-made increase human trafficking from the affected areas. Disasters create uncertainty, loss of livelihoods and hardship situation where traffickers may easily exploit the victims. There is a possible link between two, however empirical analyses of the causal relationship are lacking. Sadly, little effort against human trafficking of people at risk is prioritized in disaster relief worldwide.

Following the earthquake in Nepal in April 2015, I have been mindful about human trafficking from the affected districts. I asked the authorities and the communities in the districts about the magnitude of trafficking after the earthquake. There is lack of data, but there is no doubt that human trafficking has increased in Nepal. I normally get the answer from community like, she left the village some days ago, and did not return. And the government authority says, we don’t have reliable data about the movement of people.

The “Trafficking in Person” National Report released by the National Human Rights Commission (NHRC) this week states as many as 6,100 women and children are reportedly trafficked from Nepal during the fiscal year 2015-16, and 98% among the trafficked were women. The report suggests that 13,600 women and children are vulnerable to human trafficking. Majority of victims are from ethnic community (48%), followed by Brahmn/Chhetri (29%), Dalit (15%) and Madhesi (8%).

According to the same Report, the reported number of trafficking in person cases registered in Nepal Police in 14 most earthquake affected districts does not suggest the increment in human trafficking. It also shows the number has decreased in Kathmandu, Nuwakot, Kavre and Sindhupalchowk districts. I am surprised with this finding because vulnerability to human trafficking has increased by 15 to 20% for women and children accordingly to various reports. It also contradicts with data with regard to rescue and repatriation of trafficked survivors of cross border.

Nepal earthquake has affected livelihood and social protection. Based on my interactions with the communities in the earthquake-affected districts, human trafficking has increased and mainly occurred among socially and economically disadvantaged groups such as Tamang and Dalit communities. The majority of victims are women and girls.  It strongly suggests we need to go beyond the cases registered at the Police to seriously work on the issue of human trafficking.

Human trafficking is complex with multiple of dynamics involved in a country like Nepal, where corruption is high, impunity is high, discrimination is high and disaster risks are high. Based on my recent visits to the affected districts, delays in rebuilding lives of the socially and economically disadvantaged people in the affected areas are pushing the vulnerable groups into the risk of human trafficking.

I suggest the following to address human trafficking in connection with the earthquake disaster:

•        Create greater community awareness on the changing trends of human trafficking in the pretext of foreign employment, trading of human organs, marriage with foreigners, and employment in entertainment industry.

•        Provide viable livelihood options to survivors of human trafficking and those people a risk to trafficking including orphaned children.

•        Turn entertainment industry as a formal sector to protect women from violence and safeguard their rights and role.

Disasters increase the probability of trafficking that we cannot deny. We can safely conclude there is a strong relationship between disaster and human trafficking. We should make sure anti-trafficking measures are incorporated into future disaster plans, and that human rights must be at the center of all relief, reconstruction and rehabilitation efforts.

The Opening Of The Airport Is A Milestone In Nepal’s Aviation And Tourism Sectors By Arnaud Cauchois 9 hours, 29 minutes ago

Nepal’s Budget For 2079/80: Distinct Shift From The Past By Shanker Man Singh 6 days, 8 hours ago