The world heritage Mount Everest is also in threat of global warming. 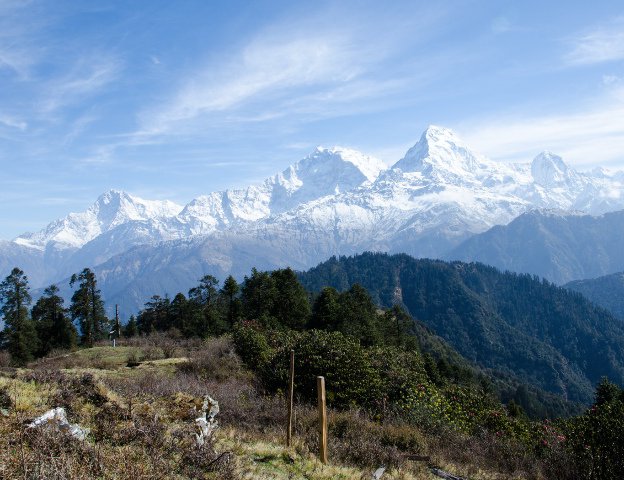 Climate change is affecting all nations by changing weather patterns, rising sea level, and more extreme weather events. As result of the greenhouse gas emissions the world’s average surface temperature is projected to likely to surpass 3 degrees Celsius this century.

It needs to be coordinated at the international level and entails international collaboration to support developing countries move toward a low-carbon economy.

According to the Intergovernmental Panel on Climate Chang for each 1 degree of temperature increase, grain yields decline by about 5 per cent. Maize, wheat and other major crops have experienced significant yield reductions at the global level of 40 mega tons per year between 1981 and 2002. From 1901 to 2010, the sea level rose by 19 cm as oceans expanded due to warming and ice melted.

Moreover, given current concentrations and on-going emissions of greenhouse gases, it is likely that by the end of this century, the increase in global temperature will exceed 1.5°C.  Average sea level rise is predicted as 24 – 30cm by 2065 and 40-63cm by 2100. Most aspects of climate change will persist for many centuries even if emissions are stopped.

To address climate change, countries adopted the Paris Agreement at the COP21 in Paris on 12 December 2015. It entered into force, on 4 November 2016. All countries approved to limit global temperature rise to below 2 degrees Celsius, and given the serious risks, to attempt for 1.5 degrees Celsius. Implementation of this agreement is essential to achieve the Sustainable Development Goals, and offers a road ahead for climate activities that will reduce emissions and build climate resilience.

The Sustainable Development Goal of the United Nations – ‘Take urgent action to combat climate change and its impacts’ indicates urgency to address effects of climate change by all nations of the world.

The poorest and most vulnerable people are being affected the most.  For example, the Himalayan country of Nepal has neither plenty of industries nor an excessive quantity of burning fossil fuels; the problem of deforestation is also not very stern, but unusual and significant climate changes have been observed here. The gift of the industrialized nations to the globe, global warming has covered atmosphere of Nepal and glaciers in the Himalayas are melting fast. Without its own big fault Nepal is getting punishment of global warming.

The world heritage Mount Everest is also in threat of global warming. There are some factual ﬁndings to prove this. According to National Geographic news, a team sponsored by the United Nations Environment Program (UNEP) has found signs that the landscape of Mount Everest has changed signiﬁcantly since Sir Edmund Hillary and Tenzing Norgay ﬁrst conquered the peak in 1953. The next revelation is that the UNEP scientists based in the International Centre for Integrated Mountain Development (ICIMOD) have used satellite images and on the ground studies to pinpoint 44 glacial lakes in Nepal and Bhutan that are swollen and could burst anytime. Moreover, the photographs released by environmental groups show how the past 40 years of climate change are transforming the Himalayan landscape as ancient glaciers melt and retreat higher up the slopes.

These are the authentic revelations of international explorations. The results of these explorations are not overstatement. Many Sherpas and mountaineers, who regularly travel on Himalayas, they also narrate many stories about lessening snow levels in the Himalayan glaciers. Snow in the Himalayas might become the stuff of fairy tale after couple of decades. This forecast might be true or not; but we cannot ignore it, or completely reject it.

In the year 2009, Nepal’s cabinet met at the base of Everest to highlight the impact of climate change on the Himalayas and adopted the Everest Declaration. Twenty-four of Nepal’s cabinet members met at the base of Everest to highlight impact of climate change. Ministers wore oxygen masks and used microphones because the wind made it difﬁcult to hear. It is feared melting glaciers could cause water scarcity affecting one billion people. The ministers adopted 10-point Everest Declaration which increases the area of Nepal’s protected land.

“The Himalayas are important not only for the people of Nepal but for 1.3 billion people who depend on waters from the mountains for their livelihoods,” said Nepal’s then Prime Minister Madhav Kumar Nepal at the cabinet meeting.

The 10-point Everest Declaration the cabinet adopted includes increasing the protected area of Nepal’s land from 20 percent to 25 percent, developing communities’ capacity to cope with climate change and working together with other countries to mitigate the impact of global warming.

The declaration also supported developed countries’ plans to contribute 1.5 percent of GDP to a climate fund and bring down greenhouse gases to pre-industrialization levels.

“The earth is our common abode,” said the Prime Minister Nepal. “To save the earth the biggest sacriﬁce is needed from nations producing enormous amounts of carbon.”

Environmentally signiﬁcant greenhouse gases are changing due to both natural and human factors and contributing to global warming. The major sources of water are glaciers, snowmelts from the Himalayas, rainfall and ground water. The glaciers of the Himalayas are the renewable storehouse of fresh water which serve as the perennial source of several rivers in the country.

One of the most alarming results of climate change was observed in the Tsho Rolpa glacial lake, has grown considerably over the last 50 years due to glacial melting in the Himalayas, is the most dangerous glacial lake in Nepal. It is situated at an elevation of 4,580 meters above sea level at the source of the Rolwaling River in the Tama Koshi basin, north of the capital Kathmandu. The lake has swollen, containing nearly 100 million cubic meters of water. It was reported that if it burst, the Tsho Rolpa could affect life and property as far away as 100 kilometres downstream.

In 2003, the Kawari glacier lake, situated in the foothills of the Annapurna II mountain, burst, destroying property worth US $100,000. Five people were killed, and dozens rendered homeless.

The dangerous effect of global warming and snow melting was observed during the excess ﬂood in the Koshi river of Nepal in 2008. The abnormal ﬂood in Koshi river broke the dam, killed countless lives and deserted vast lands of eastern Nepal and northern Bihar of India.

Environmental campaigners refer to the Himalayas as the “third pole” and say the melting glaciers are the biggest potential contributors to rising sea levels after the north and south poles.

All Himalayan nations have felt effects of climate change, with cattle and sheep herders having to seek grazing at higher altitudes. Climate change poses the highest threat to those indigenous people who have contributed the least to carbon emissions.

The Himalayas are the source of the world’s seven largest rivers and supply water to 40 percent of its population. As snow reservoirs run out at an alarming rate, millions of people dependent on glacial water will be directly affected. By 2050 there may be a 75 percent retreat of glaciers in the Tibetan Plateau, which supply water to about 40 percent of the global population; Himalayan glacier melt is a global water issue.

Glaciers in the Himalayas, a 2,400-km range that sweeps through Pakistan, India, China, Nepal and Bhutan, provide headwaters for Asia’s largest rivers, a lifeline for people who live downstream. With 1.3 billion people dependents on the water that ﬂows down from the melting Himalayan glaciers, it is essential to tackle the impact of climate change.

Graduate of TU, Shrestha ent on to Italy to complete his further studies and studied at the institute for Studies on Economic Development and the Italian Civil Service High institute. He has also studied at the University of Connecticut, USA. He worked under Ministry of Finance, Nepal as Under Secretary and has been associated with the United Nations Development Program (UNDP)  Sierra Leone and South Sudan and UNMISS.