Rescuing Marx From The Marxists

In the process they used Marx's writings selectively to justify their political program. The title of Desai's book Marx's Revenge comes from the last sentence in it, where he says the collapse of the Berlin Wall was Marx's revenge on the Leninists. 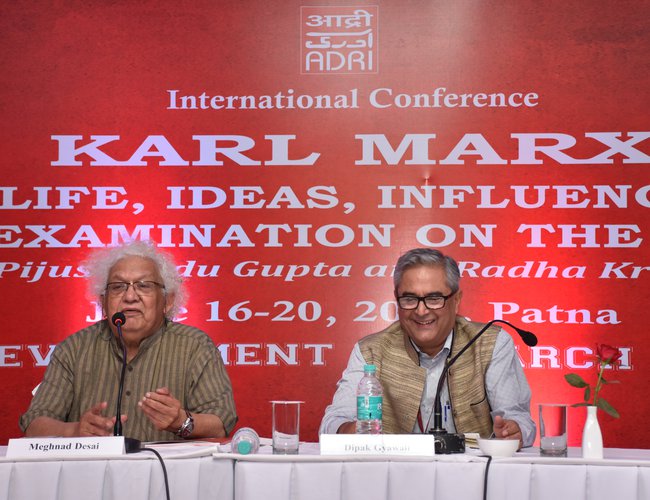 This year starting mid-2017 sees a plethora of anniversaries that lead back to Karl Marx. May 5 was his 200th birth anniversary celebrated most officially in China by Xi Jinping who also presented a 5.5-meter (to match May 5th similar to 9/11) statue of the philosopher to his birth city of Trier in former East Germany. It is the 170th anniversary of his Communist Manifesto, 150th of his Das Kapital, the 100thof the Bolshevik revolution in Russia fought in his name, as well as the 50th of the European student uprising of 1968, the early precursor to the anti-globalist movement of today. There is a world-wide resurgence of interest currently in Marx's critique of capitalism following the global financial crises a decade ago and continuing, since Marx still remains the best student of capitalism from whom powerful insights can be had.

In Nepal, EhMaKe – the crossbred offspring of Oli's ruling EhMaLe and Prachanda's Cash Maoist MaKe – officially celebrated Marx's 200th birthday with party honchos pontificating to their acolytes without attracting much interest from anyone else. What should, however, interest us more here is another celebration that took place to the south of us in Patna for a week ending 20th June. Organized by the Asian Development Research Center with its chair and former JNU professor Anjan Mukherji together with Lord Meghnad Desai emeritus professor of the London School of Economics, it was the 50th anniversary of the 1967 sesquncentennial of Karl Marx in Begusarai-on-Ganga 140 kms due south of Janakpur. An international academic conference in a city and state often ignored even in India, it saw 55 major memorial lectures delivered by scholars from 18 countries spanning all the continents, overshadowing in critical content not just the official functions in Beijing, Kathmandu and Germany but other academic gatherings in UK and other capitals as well. The Patna conference was also special in that no politician from parties calling themselves Marxist were invited, mainly to allow for serious academic discussions and avoid epithet-slinging that all communist factions everywhere are so notorious for.

The general tone of the conference – captured in its title as a critical examination of his life, ideas and influence – was that, to understand many of today's economic ills, one can indeed go back a century-and-half to find helpful insights from the three Marxes one finds, the philosophical, economic and political scientist. There was a general agreement that all three Marxes provide useful theses and counter-theses for a critical diagnosis of today's ills, despite the fact that Marx was distorted by those who claimed to follow him, namely the Marxists, Leninists and assorted Stalinists. This uncomfortable truth is best reflected in Marx's famous 1883 quote just before he died: "what is certain is that I myself am not a Marxist!"

This view had been earlier expounded by Meghnad Desai in his 2002 book Marx's Revenge where he looked at Das Kapital vol 1 (the only one that Marx thought fit to publish,the other two being cobbled up from his unfinished notes by Fredrich Engels) and found very few links to the standard catechisms propounded by Lenin, Stalin or indeed even Mao.Marx thought it was the exploited industrial workers who would bring in a new socialist order different from the capitalism of his time; but Lenin through Mao to Castro and Ho Chi Minh managed to inspire and organize the peasants and soldier-conscripts to overthrow the old order. In the process they used Marx's writings selectively to justify their political program. The title of Desai's book Marx's Revenge comes from the last sentence in it, where he says the collapse of the Berlin Wall was Marx's revenge on the Leninists.

Indeed, what is Leninism and what link does it have with Marx despite his professing Marx's philosophy and in the process creating Marxism? At its core, Leninism is amanagement principle where a band of professional revolutionaries organize to overthrow the existing order and take over the state apparatus. In Lenin's case, they called themselves a "progressive vanguard" who would "raise the consciousness of the oppressed" in a top-down fashion and make them take part in the revolution since the workers by themselves would not be able to rise to that level of self-reflection. In simple language, they organized around a belief system about some oppression and incited the vast mass of people to follow their lead. Stalin further distorted Marx by making whatever was his interpretation of it as the official doctrine of the Soviet Union and its international cohorts. It must not be forgotten that their successes would not have been possible – as the very different history of other non-industrialized countries of the Global South have shown – if the old order had not been already weakened and crumbling because of major wars, World War I in the case of Russia and World War II in the case of East Europe, China and Vietnam. The following Cold War helped the Leninist-Stalinists cement their distortions of the ideology.

In this process of organizing to achieve the overthrow of the old regime in their time and place, they have been creatively flexible with the ideology they have used to mobilize the masses, a flexibility that has led to rifts and schisms among their own ranks of true believers. Lenin started the process by saying – in opposition to Marx – that the socialist revolution could occur in a primitive and backward society. He also laid the foundation for a dictatorship of the politburo with his concept of "democratic centralism" that eventually degenerated into the Stalinist dictatorship of mass purges and killings. These core contradictions did not save the Soviet system from degenerating into Brezhnevian stagnation by the 1980s despite the reform efforts of leaders such as Khrushchev and Gorbachev. While what happened in the Soviet Union after Lenin's death cannot all be laid at his door – he was already experimenting with new flexible pathways such as the New Economic Policy – he must be given credit for being a successful political figure that not only wrested power but used it to lay the foundation for forcible modernization of his country, much as Peter the Great had done two centuries earlier.

What must be taken issue with is his and more so his successor Stalin's opportunistic use of Marx's thoughts leading to its misrepresentation and distortions. The Patna conference saw many scholars revisiting Marx and his insights on primitive accumulation to explain how under relentless globalization of capital the immiseration of unsuspecting peasants occurs through land grabs. Others used Marx's notion of social metabolism as mediating between man and nature to explain today's environmental woes under a globalized financial capitalism that exports ecological crises to the Global South. Still others used it explain the failure of global capitalism's structural adjustment program and the ongoing search for alternative models of development, including the need to preserve non-commodified sources of knowledge. American scholars of Marxism were able to identify the weakness of traditional Marxists and correct their insensitive reduction of ML King's "ugly triplets of racism, militarism and materialism" to simple class equations. Even the current debate around the Chinese Belt-and-Road Silk Routeinitiative made more sense when seen as a second wave of globalization, the first being before 1914 when the Ottomans closed it down. It had decentralized links between Rome, Persia, India, Iran Oxus lords and the Chinese Hans where no one had complete monopoly over trade.

There is no doubt that the collapse of the Berlin Wall actually liberated Marx from the Stalinist Gulag and now allows his thoughts to be used to explore the root causes of current woes under an increasingly destructive "junk bond" financial capitalism. The question here in Nepal is whether that liberation is happening at all or is Marx still suffering under a Stalinist hangover? 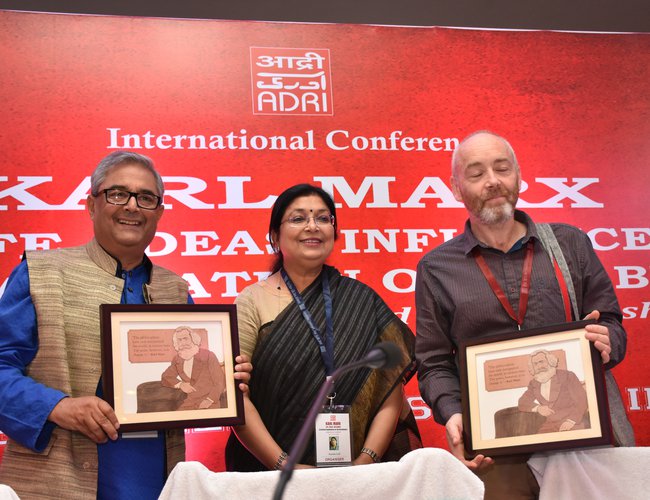