Pancheshwor: Under A Prolong Controversy 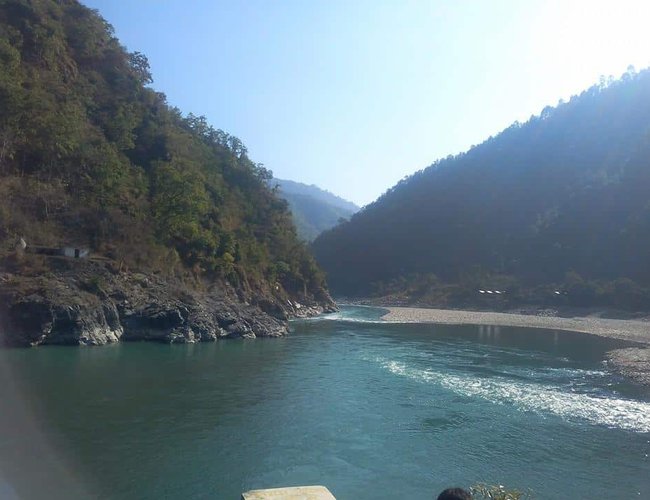 PMP is a very ambitious project of a bilateral agreement between Nepal and India. It has proposed to harvest the water of Mahakali River to generate 6,480 MW of hydroelectricity, irrigate 93,000 ha of land in Nepal and 1,600,000 ha of land in India, and deliver flood mitigation benefits to both the countries. PMP is one of the major components of the Mahakali treaty which was signed between the government of Nepal and India in 1996. The treaty became an issue of discussion, dispute, and disagreement since the signing day to till date and the issues have not been resolved yet. Currently, both the governments; GoN and GoI seems searching common grounds for the execution of the project. Nepal has a reservation with India on the different provisions of Mahakali treaty and the PMP under it. There are differences on the understanding on different articles of the Mahakali treaty itself and PMP being one of the major components of the treaty, we can’t just isolate the PMP and analyze its provision; rather it has to go along with the Mahakali treaty.

The Pancheshwor project was initiated and promoted by India when Nepal was intensively focused on the development of Karnali Multipurpose Project (KMP) with the strong personal interest of King Mahendra. It is the reason that the King Mahendra out rightly rejected the idea of the Pancheshwor project when the project was shared with the King as proposed by GoI when Dr. K L Rao, the then Minister of Water Resources, GoI visited Nepal on 1971. King Mahendra indicated Nepal’s interest to develop KMP and Nippon Koei, a Japanese firm, had already completed the feasibility study of the Karnali project in 1966 and the Snowy Mountain Engineering Company (SMEC) of Australia had reviewed it in 1968. GoN initiated the discussion over the collaboration on the project with GoI at various levels. The project was discussed with Morarji Desai, the then Deputy Prime Minister on October 1967, Zakir Hussain, the then President on October 1968 and DP Dhar, former planning Minister on May 1973, during their visit to Nepal. Although Nepal was insisting for the execution of KMP, the Pancheshwar Multipurpose Project was strategically kept in the joint statement that was released when Atal Behari Vajpayee, the then External Affair Minister and the late Desai, the then Prime Minister visited Nepal in July 1977 and December 1977 respectively. It was strategic and easy, because the King Mahendra, the person who had taken personal interest in the KMP was already dead at this time.

For the further understanding about the PMP, it is also must important to understand the issue of Tanakpur barrage. India constructed Tanakpur barrage on a stretch of Mahakali River without getting the consent of Nepal. During construction of barrage and other required structures, the water of Mahakali river diverted towards its eastern portion, which is said to damaged 36 hector of Nepalese land in Jumuwa village, the then Mahendranagar Municipality (currently called Bheemdatt municipality) of Kanchanpur district. After construction of the barrage, India realized that Mahakali River may create a hazard to Indian’s and to prevent from this, GoI wrote a letter to GoN stating the need to tie up the left afflux bund to the high ground in Nepal. The request of GoI was accepted by GoN during the tenure of Prime Minister GP Koirala in 1991 in the form of Memorandum of Understanding (MoU) without taking his own party and the opposition party in the confidence. It brought strong sentiments among Nepalese against the Tanakpur barrage and the MoU signed by Koirala with India. India also used the water of Mahakali River to produce 120 MW of hydroelectricity in the downstream of Tanakpur barrage and Nepal is being excluded to use it which bears equal ownership. Thus, the image of India in the international community was blemishing for bullying small neighbor over the construction of barrage unilaterally. Thus, it was inevitable for India to solve the image problem and for that she was waiting for the favorable time.

After 1990, there was a change in the political system of Nepal, where Panchayat ruling system was replaced by the Multiparty Parliamentary System with the Constitutional Monarchy. The initial draft of Mahakali took place during the very initial phase of multiparty parliamentarian democracy system in Nepal after 90s. Although the draft treaty was discussed between GoN with GoI during the visit of late Manmohan Adhikary, the then Prime Minister of Nepal to Delhi in 1995, it was not materialized. After nine months of tenure of CPN/UML led a minority government, the coalition government of Nepali Congress (NC), Rastriya Prajantra Party (RPP) and Nepal Sadhvana Party (NSP) emerged which was headed by Sher Bahadur Deuba of NC. This change in the government and formation of the coalition government was taken as the most favorable time to address the matter of Takanpur barrage and Pancheshwor project. The talk between two countries started again in November 1995 for a comprehensive treaty on the Mahakali rivers. Finally, Pranab Mukherijee, the then Minister for External Affairs, GoI visited Kathmandu on January 27, 1996, and discussed the treaty for 2 days and finally Prakash Chandra Lohani, the then Minister of Foreign Affair, the then HMG and Pranab Mukherijee, Minister of External Affairs, GoI respectively signed the treaty of integrated development of the Mahakali river including Sarada barrage, Tanakpur barrage and Pancheshwar project on January 29, 1996.

The chronological historical facts show that the interest of Nepal on KMP was sidelined and Pancheshwor project was brought in front very strategically by India. Now it is almost 22 years of signing the Mahakali treaty and the status of PMP is still at the snail speed. Mahakali treaty and the PMP are not without the controversy in different nook and cranny of the society in both Nepal and India. On top of this, the long delay in the implementation of the project has raised different concerns like whether it is a project to be implemented or just to hold the potentials. the plan for public consumption. Thus, the long delay in the implementation of the project and the almost 2/3 majority holding government of Nepal should initiate this opportunity to review entire treaty along with provision of PMP to ensure equitable benefit to both the countries.

Independent Researcher, Kathmandu. He can be reached at nabrajlama@gmail.com

Nepal’s Foreign Policy In Times Of Change And Uncertainty By Katak Malla 15 hours, 48 minutes ago

Living With COVID-19 By Dr. Prabin Manandhar 4 days, 9 hours ago

The Long(er) Road to Prosperity By Ashray Bikram Pande and Samarjeet Singh Thapa 4 days, 20 hours ago