It is clear that the perambulatory commitment of the Act is vast, and more or less, typical of such power sector regulatory bodies in the region. It tries to capture most of the essential regulatory areas that a commission of this nature usually works on. 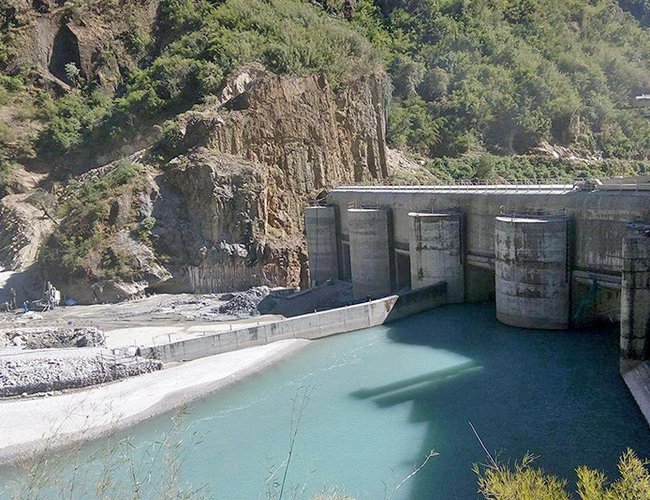 The delay in forming the Nepal Electricity Regulation Commission (NERC) has surprised many stakeholders including the power producers in the country. The Regulations under the Act, which allegedly delayed the formation of the Commission, was approved by the Government last year clearing the way for its formation. Once established, NERC will supersede the existing Electricity Tariff Fixation Commission, the state owned electricity utility, and hopes to bring sea change in the electricity sector.

Hydropower is one of the important sources for energy for economic development of Nepal. Its potential in the country has been estimated at 80,000MW, of which 43,000MW is considered economically viable. Despite this fact, the country is suffering from power shortage, which in turn has impacted its economy in various ways. While there is a need to promote investment in this sector, and produce more hydropower to met current requirements, there is also an obligation to provide fair environment to all stakeholders in the matter of power generation, transmission, distribution and consumption. Additionally, the government intends to ensure low-carbon economy in all sectors of power market. For this there must be proper regulation of the electricity industry, promoting efficiency in electricity supply, making competitive market, increasing access, enforcing safety and service quality standard, encouraging environment sustainability and consumer protection.

Till today, the Nepal Electricity Authority (NEA), created in 1985, by integrating the Department of Electricity of Ministry of Water Resources, Nepal Electricity Corporation and related Development Boards, has been serving in this sector as a prime institution. Ever since its establishment, it has been generating, transmitting and distributing adequate, reliable and affordable power by planning, constructing, operating and maintaining all generation, transmission and distribution facilities in Nepal's power system both interconnected and isolated. There is no doubt that the NEA played an important role in this sector. The experience that it has gathered over the last three decades is going to be very helpful as the country plans its future in the hydropower sector.

Regulation is a specialized work. The effort to switch over to a modern regulatory regime is certainly an important move. The existing system of regulation in Nepal remains unsatisfactory since long. The sector has suffered from lack of specialization, huge financial and commercial losses, and reform initiatives. There was drawback in the functioning of the existing arrangement for not addressing essential issues like supply of reasonable power, and quality of the supplied power itself, the level of tariff and consumer interest. The system was based on administrative convenience. Thus the electricity sector was facing an urgent need of regulatory body to regulate efficiently, competitively and fairly. In order to ensure competitive, transparent, and consumer-friendly environment, an independent regulatory commission was considered the need of the day in Nepal's the power sector. Such a commission also needed clear role and responsibilities, operational autonomy, the power of coordination with other government entities, and the leadership role in decision making process. It also needed transparency and accountability for the work it was assigned to perform.

Nepal Electricity Regulation Commission (NERC) is certainly a fresh initiative of this nature in the country. The preamble of the Act, which was promulgated on 4th September 2017 explicitly states that the objective of the regulatory commission is to ensure “balance between demand and supply of electricity by making the generation of electricity, transmission, distribution or business simplified, regular, systematic and transparent, to regulate the electricity tariff, to protect the right and interest of the electricity consumers, in order to make the electricity service reliable, available to all, qualitative and secured one.”

It is clear that the perambulatory commitment of the Act is vast, and more or less, typical of such power sector regulatory bodies in the region. It tries to capture most of the essential regulatory areas that a commission of this nature usually works on. The issue is whether the legal provisions created by the Act are enough to materialize the preambulatory commitments so clearly pledged. It is probably important for a researcher in this area to study the Act in the context of perambulatory commitments, drawing some conclusions, while the Commission starts working any time soon according to its statutory powers.

Some highlights maybe made in this regard at this stage. The major challenge for a regulatory commission anywhere is to keep it independent in the system of government that it has to operate in. How independent the NERC is going to be in its present structure is a severe issue. For example, an impending question is whether the provision on the appointment of the Board ensures compliance with this basic requirement. Even though the Act states that NERC is independent of the government, it does not ensure autonomy in the organizational, fiscal and legal context. For example, the Commission needed organizational autonomy in the matter of hiring and firing of its staff members. However, the investigation committee that has been created comprise of the people who are officers of Government of Nepal, not of the independent professional sectors. There is no reason why the power to select and dismiss the Commission personnel be given to people who could affect its independence. People could be removed even on the ground of "violation of any laws of Nepal." The expressions like "lack of competence" and "bad conduct" are not defined. Why cannot the Commission appoint its staff on contract as necessary?

Regarding fiscal autonomy as well, there are problems. There is no reason why the NERC should need approval of Ministry of Finance to receive money from the investors, if at all. The Commission should be allowed to take its professional decisions in all issues that fall under its jurisdiction, without involving with the government. At this stage, the Commission doesn’t have full authority to review plans for expansion of distribution or transmission or even the least cost plan for generation of electricity. Furthermore, Section 20 of the NERC Act provides for collecting service fee but it does not explicitly provide a provision to collect the same from the other distributor company and retail outlets. The Act has no provision as to the time limit as far as the issuing of tariff order is concerned. Again, Section 18 (3) (c) of the Act has no explicit mention of the role of the Commission in providing advice and regulating tariff generating companies and transmission utilities of the provincial governments. This is necessary to make electricity market efficient, non-discriminatory, and consumer oriented.

Nepal Electricity Regulation Commission (NERC) is an important instrument. While it must be implemented without losing further time, it must also be studied simultaneously to provide it a stable and qualitative legal environment.

China’s Rapid Transformation And Lessons To Learn By Krishna Silwal 2 days, 23 hours ago

Youths In Nepal Elections: From Social Media To National Platform By Sangya Dhakal 4 days, 21 hours ago

Skeleton In The Sandook By Hemant Arjyal 5 days, 20 hours ago