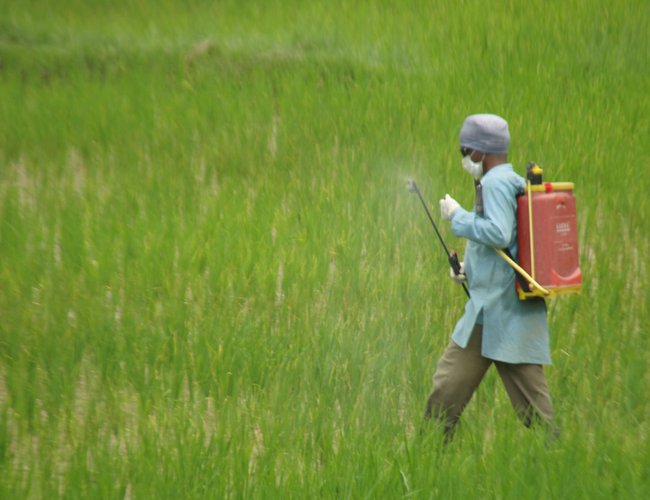 Social security protection in Nepal progressed over time from initial coverage of the armed forces to the public service and workers in the private sector. Protection for the army began in 1934 closely followed by a non-contributory pension scheme for the civil service and in 1944 a provident fund scheme. Reforms in 1962 amalgamated earlier schemes into the Employees Provident Fund to provide for the retirement needs of the working population. A new institution in 1990, the Citizens Investment Trust, that operated on savings and insurance principles, to provide protection for all citizens as a way to extend coverage to the other sectors of the economy was established. As a large section of the aged population, widows and disadvantaged tribes needed economic support the government introduced allowance for the elderly, disabled, widows and disadvantaged castes and tribes in 1994.These social protection programs, affected by conflict, only gained importance with the adoption of the new constitution in 2015. Recognition of the valuable contributions of the human resources in economic development was now enshrined in Article 34 under the heading of “Rights to Labour”

Social dialogue amongst the social partners laid the foundations of labour rights, which were incorporated in the Labour Act and passed by Parliament in 2017. The Labour Act not only comprehensively covers all forms of employment it provides rights to a range of benefits. The rights to rest days, annual leave, medical benefits, payments for sick leave, maternity, accidents, gratuity, unemployment and old age retirement are stipulated in law. Alongside with these, payment of wages was regularized, occupational health and safety became a requirement and the process of dismissal regulated to enhance industrial harmony.

The social solidarity approach accepted by all parties was deemed to have a greater chance of long-term financial viability and success. The government in 2009 had started the collection of 1% tax from employers and established the Social Security Fund to administer the vision to provide benefits to the employees. However, the nature and quantum of benefits was not established, resulting in the fund being a part of general revenue of the government. The tax was not the first attempt by the government as through the Bonus Act 1974, a welfare fund for workers had been established with deposits from a portion of profits made by enterprises. Despite the fund snow balling to billions of rupees, the fund has not been utilized for decades

Developments of social security protection at the national level has witnessed limited planning and coordination. International agencies supporting the implementation of social protection and its administration have provided the government with advice from international experts regarding these planned approaches. Recommendations suggesting a planned approach provided by these experts have not received the due attention of policy makers, administrators and politicians. 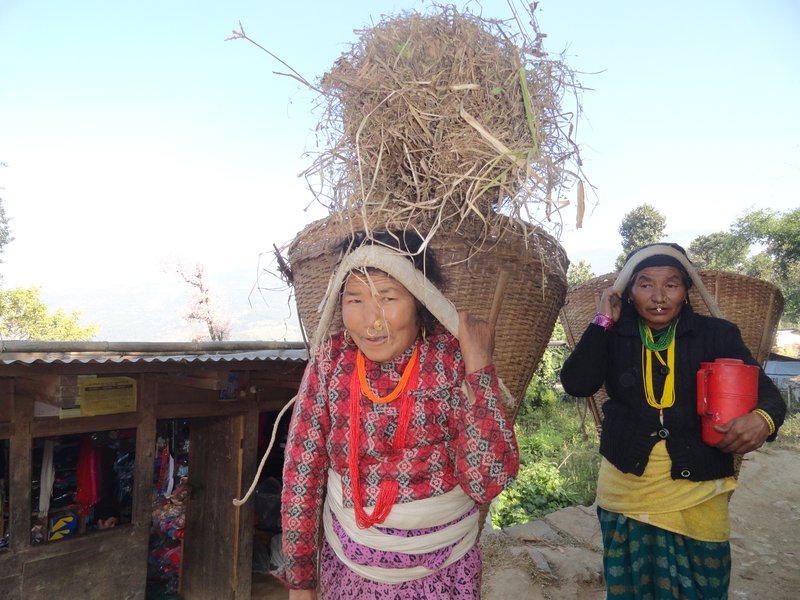 A broad-based policy direction of providing social protection to the whole population adopted by the government, without a coordinating and monitoring mechanism, has resulted in the establishment of organizations with individual legal frameworks and reporting to different ministries. Weak coordination exists even within ministries where agencies provide similar benefits to a group of employees. The Employees Provident Fund and Citizens Investment Trust provide medical coverage to their members, mostly government employees who are members of both organizations. On the other hand, a Health Insurance Board reporting to the Ministry of Health has been established to provide health benefits to all citizens. During the same period the Contribution-based Social Security Rules also provide medical benefits to workers.

The contribution-based social security law is an attempt provide comprehensive coverage to the private, public and informal. The challenge that confronts the Social Security Fund in its administration of the protection stems from the experience of social security programs in the past fifty years. The workers have knowledge, understanding and experience of using the savings principle with individual accounts as a way of social security protection. These savings in both the Employees Provident Fund and Citizens Investment Trust have been viewed rightly as belonging to the worker and then utilized to underwrite loans for investments in land, housing and other requirements of the worker. Many employers have also allowed the payment of advances to workers as these savings acted as collateral. Workers are also used to the idea of receiving lumpsum payments for accidents and old age.

Contributor compliance is strongly correlated to the scheme design, level of benefits, an efficient claims process as well as seamless administration. The level of benefits available under each scheme have to be designed guided by the actuarial estimations of the rate of contribution to ensure the long-term financial viability of the schemes. The principal law or act should detail all provisions relating to eligibility, conditions under which the benefit shall be paid, the entitlement period, quantum of the benefit and other matters pertaining to administration of benefits. The Contribution-based Social Security Act does not incorporate contribution rates to be charged by schemes and does not detail the benefit structure. These matters have been incorporated in the Contribution-based Social Security Rules and in themselves are incomplete. Implementing schemes where the legal framework that has gaps and is not in accordance to legal drafting norms poses a challenge. An opportunity to modify the Regulations is still available as the scheme are projected to be launched in a few months.

Technical considerations in benefit design and eligibility conditions for right to benefits have also deviated from the basis utilized for actuarial calculations. Liberalizing benefits is a risk affecting the long-term financial viability of the scheme, although in the short-term benefits can still be paid. However, consistency in the contribution qualifying conditions needs to applied across all short-term contingencies. This principle in itself is not maintained in the regulations. In addition, the old age pension, as it is referred to, is a savings scheme with individual accounts paying monthly annuities after retirement. The gratuity scheme is not actuarially assessed but has a rate of contribution assigned. These technical challenges need to be addressed before the launching of the schemes. A lack of clarity of the rights to benefits and quantum of the benefit have surfaced as major issues adversely affecting the registration process.

Fundamentally, the challenge to implementing social security protection in Nepal is the lack of human resources assigned for the administration of the schemes. Staff assigned to the Social Security Fund since 2009 have been public sector officers who are transferred after a short period. The frequent change of the staff, affects staff motivation as well as removes officers who have gained some knowledge through training during the service period. The organization has been operating with a small number of permanent public sector officers supported by casual staff and lacks personnel with knowledge of social security administration.

Organizational efficiency in social security administration requires an ICT system that supports all the functions of the organization. The lack of a well-designed system not only affects the administrative efficiency but also loses the capability to provide the right benefit to recipients entitled to those benefits in a timely manner. The Social Security Fund has initiated the process of acquiring hardware for the ICT system and will shortly acquire the software. The challenge faced by the software programmers is that design of the schemes needs to be confirmed initially. The importance of confirming the design is that it affects administrative procedures and workflows for the payment of benefits. The challenge is compounded by the fact that there is a lack of administration capability and understanding of the complexities of claims processing and benefit approval. The knowledge gap amongst the staff supporting and supervising the software development could affect the outcome.

Roll out of social security coverage, beginning with registration of employers, has been launched without due consideration being given to the available resources, staff, preparations and expertise required. The process of covering the whole country and enterprises irrespective of its size is a major challenge in view of the matters discussed above. A phased approach beginning with coverage of large and medium enterprises within a geographical area could have yielded better results but such an option did not receive due attention. The phased approach or piloting would have provided the required experience to modify or make administrative changes to processes and procedures before covering the whole country.

Introduction of contribution based social security reflects the positive approach of the government to provide coverage to the population. Participation in programs of social protection while enhancing coverage and providing secured rights for the workers gives them dignity and a sense of solidarity. Successfully implemented, social protection schemes have acted as safety nets for low income earners as well as reduced the financial burden of the government. As Nepal is developing, population aging a universal phenomenon, will be experienced in the near future increasing old age dependency. A contribution-based social security scheme for the contingencies of old age, invalidity (severe disability due to accident or disease) as well as survivors, if designed as a risk pooling pension scheme would provide the needed long-term protection of the worker and the dependent family.

A well-planned program of implementation to gradually extend coverage taking into consideration size of industries, number of schemes, sectors and contributions rates linked to level of benefits would ensures success. The organization to implement coverage should have capable, knowledgeable and dedicated employees supported by ITC and sufficient resources. Success is measured when the covered population accepts and supports the protection provided, as they understand the value of the protection. Contribution-based social security protection is an opportunity to make the vision of comprehensive social security coverage a reality in Nepal. 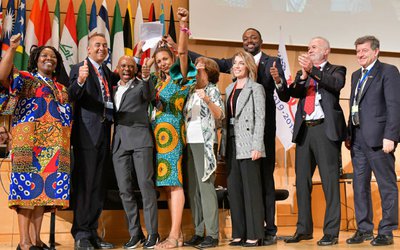 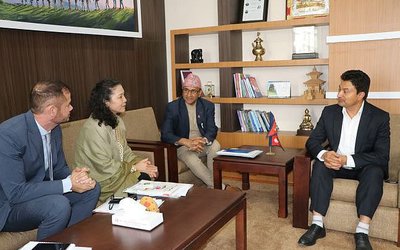 ILO'S HIGH-LEVEL VISIT Future Of Work By A Correspondent 9 months, 3 weeks ago 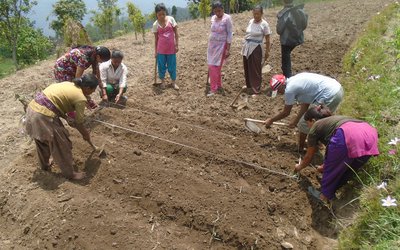 Application of Minimum Wages in Nepal: Challenges and Opportunities By Xavier Estupinan 10 months, 2 weeks ago 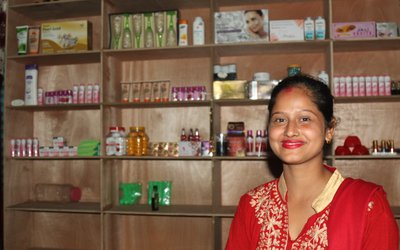 Translating skills into employment By A Correspondent 10 months, 2 weeks ago 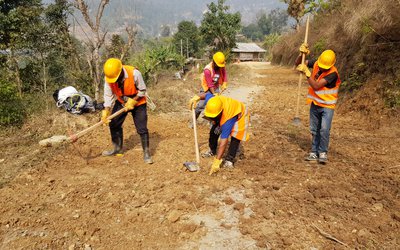 Prosperity through road maintenance By A Correspondent 10 months, 2 weeks ago 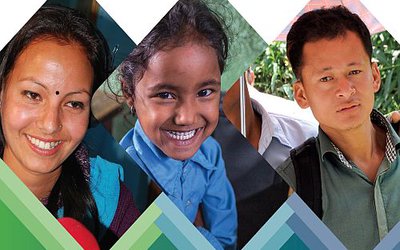 Enabling Environment for Sustainable Enterprises in Nepal By A Correspondent 10 months, 2 weeks ago