Kathmandu: The Working Of Waste Sorting, A Situation Improving ? 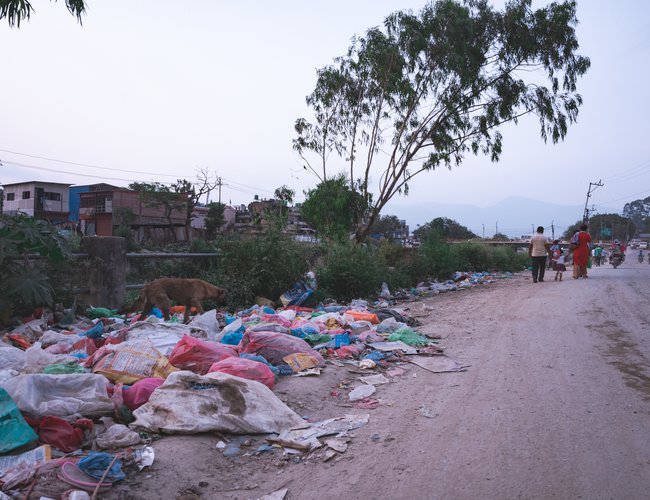 Behind its incredible culture, Kathmandu has a major problem: the garbage management. Existing from decades, it has been getting worse in past few years.

The health and social status of the country is at stake. In a rather precarious state, it compels the poorest populations of the villages to emigrate to the cities, preferably, Kathmandu.

This exponentially increased its population to 1,376,108 inhabitants as reported by the United Nations. The city counted only 641,986 inhabitants in 2000. In nearly 20 years, the city’s population has doubled. As a consequence, it suddenly faced as an exploding production of household waste.

The various municipalities must therefore constantly improve their solutions about the problem of waste sorting if they want to be able to successfully cope with an ever-increasing population over the years. 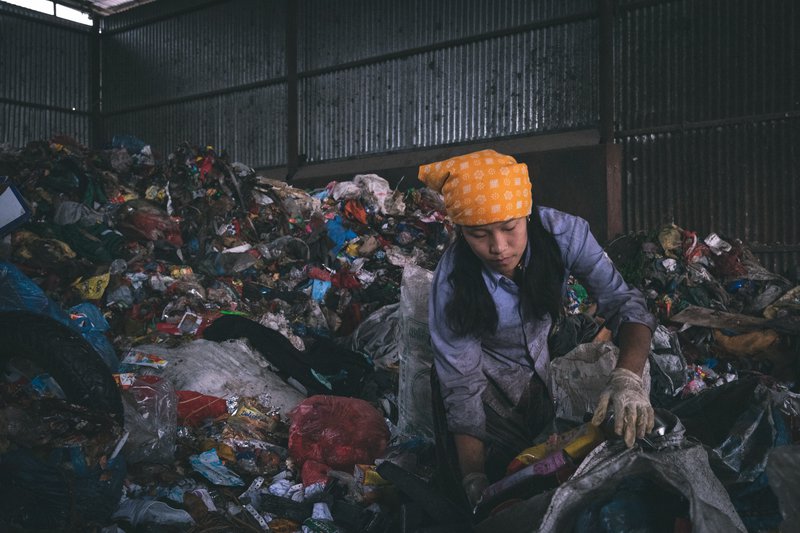 According to Binod Pathak, an employee of the waste management station of Budhanilkantha municipality. The increase in the amount of waste on the streets of Kathmandu is an opportunity for some people to see it as a lucrative source of income at the expense of ecological benefit.

“If there was no money for these people associated with the waste, they will continue to throw them away.”, Binod replied.

On the contrary, the other part of the population, aware of the health and environmental risks of abandoned waste, is committed and resolute in curbing this long-standing problem, which is damaging the city’s reputation. 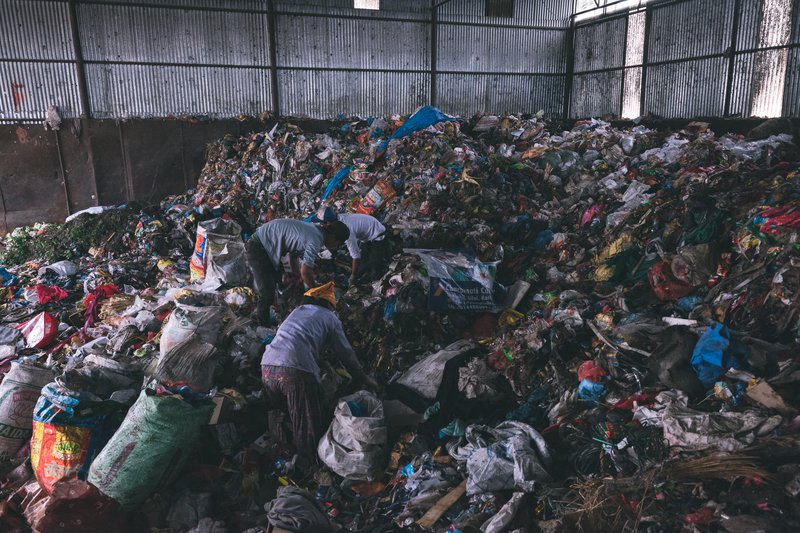 These courageous citizens work tirelessly in the middle of a pestilential atmosphere. In sandals for some, without masks and with a pair of gloves, they climb mountains of garbage to separate them one by one. 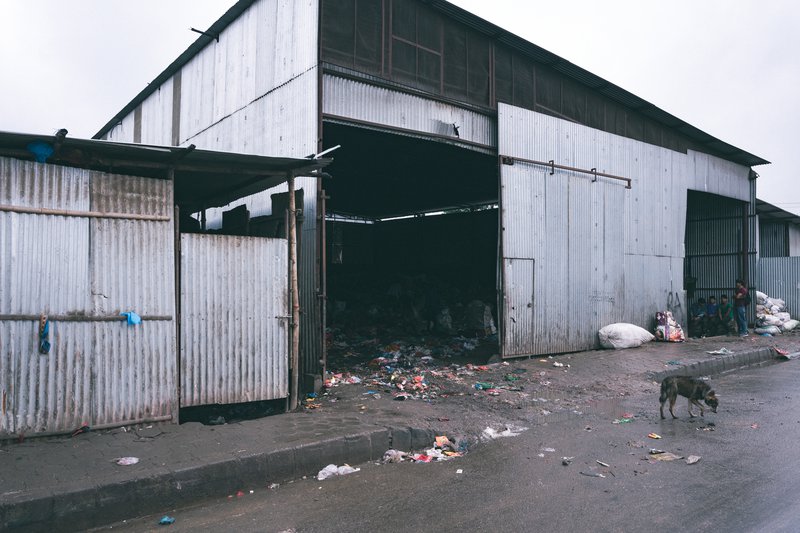 The Kathmandu district is divided into several municipalities. Each of them are composed of organizations that collect and sort waste in their areas. These organizations are not a part of municipality however, they must follow the municipality’s policy and law.

The municipality of Budhanilkantha has 7. These organisations share the field and collect waste on the streets once a week. Then, they bring them to sorting warehouses provided by the municipality. All this is not without consequences for the population who must pay 300rps ($2.73) per household per month to have their waste collected. This amount is subject to change depending of the size of the house or the company. 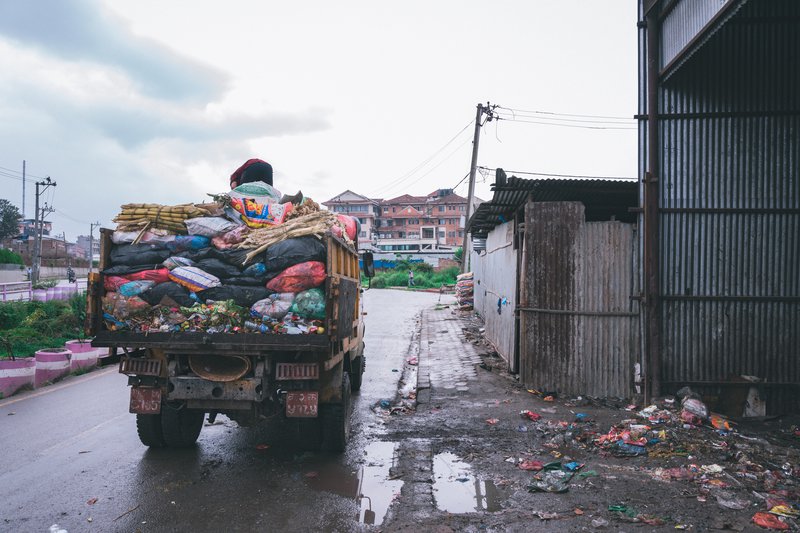 The first stage of waste sorting is therefore carried out in one of these platforms. These rudimentary facilities receive several tens of tons of all kinds of waste every day. At sunrise in the Kapan sorting station, 5 to 6 trucks full of stuff come to dump their contents. 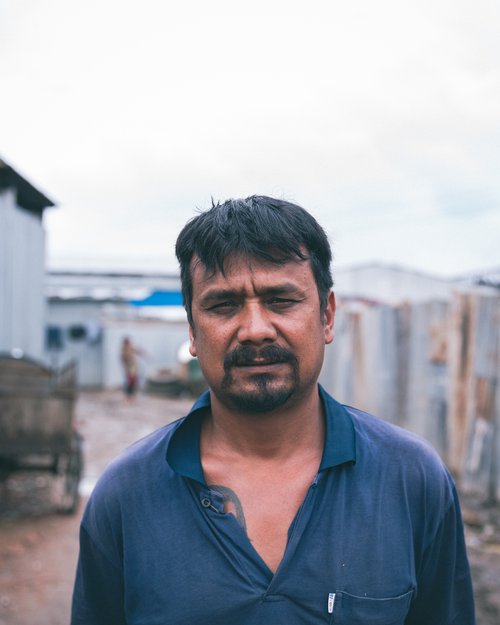 It was an opportunity to interview Rohit Karki, the supervisor of the station where 15 to 20 people work and are paid monthly. They work together every day to complete the waste separation.

Once the trucks are unloaded the task initiates, it is 6 am when team sets up.

“Everything that trucks find on the street is brought here,

sometimes you can be lucky, you find accessories like gold and cash.”, he tells me. 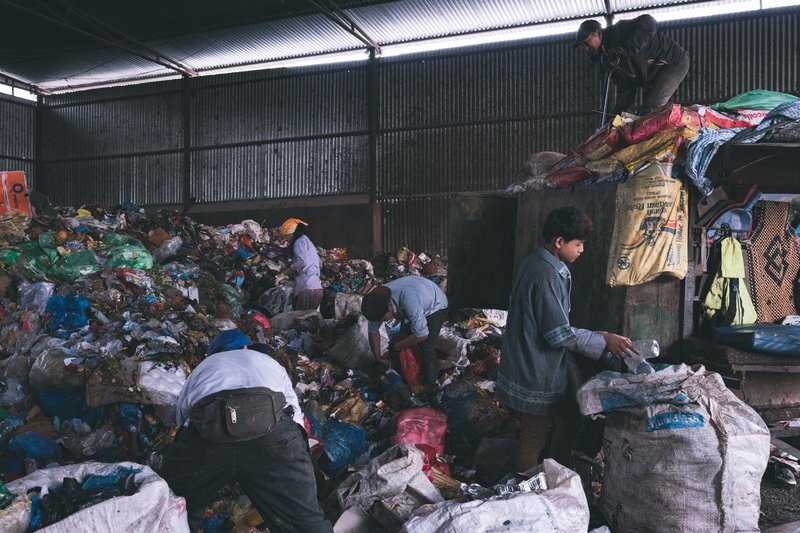 First, it is necessary to know that 64% of the waste is of an organic nature, 16% of plastics , 9% of paper, 4% of glass, 3% of textile and 2% of metal. These wastes are separated into parts that can be reused or recycled.

In this way, they organize reusable waste into different categories:

All the surplus that remains after sorting will be loaded into trucks and sent to the huge landfill of Sistol where they are buried. Between 800 and 1000 tons of waste per day converge from the Kathmandu Valley to this dumping site.

This landfill was supposed to be a short-term solution, it was built for 3 years of use, but now it has been in operation for 14 years for lack of an alternative. 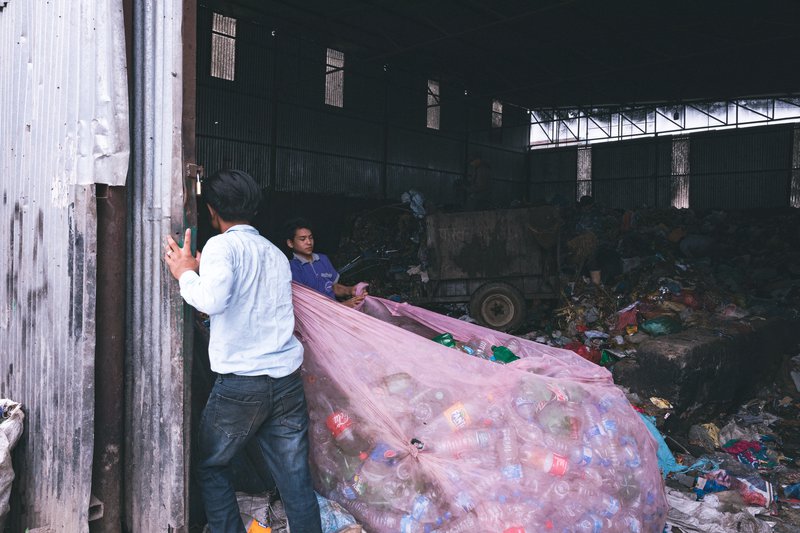 I followed one of the categories of waste available for sale: plastics. After separation of the plastic waste from others, this process of sorting is once again carried out to separate the plastic bottles from the other types of plastics. These are then packed in huge bags and sold to separate contractors in their contact like this compaction centre. 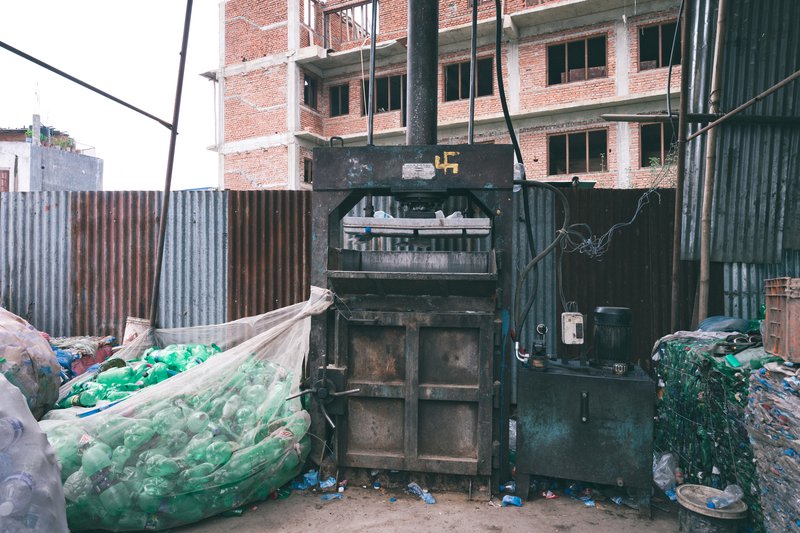 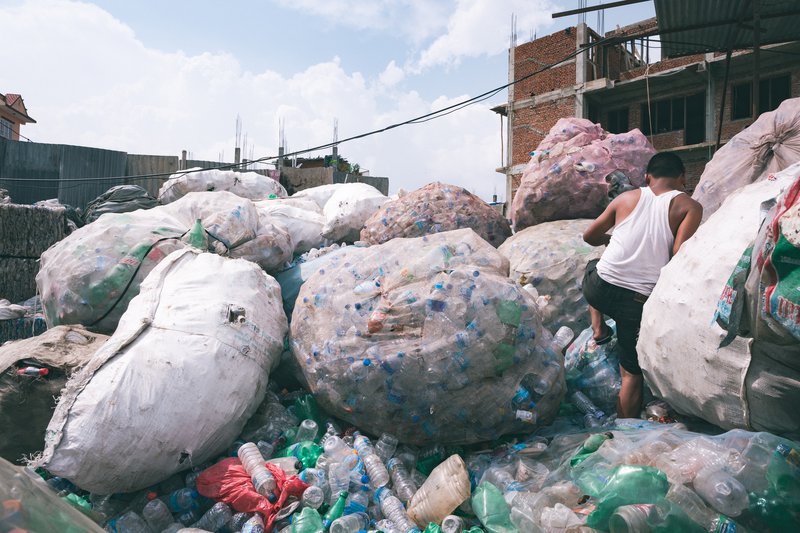 The latter, using a very basic press machine, crushes the plastic bottles for a wide range of uses. Theoretically, used PET bottles should be sent to Nepal industries that transform them into plastic granules for the creation of new bottles. However, only 1,000 tonnes are recycled each year in the country while 10 000 tons of them cross the Indo-Nepalese border at the expense of a glaring deficit in the recycling sector. A very low number of waste recycling factories and the absence of an efficient government policy does not help. 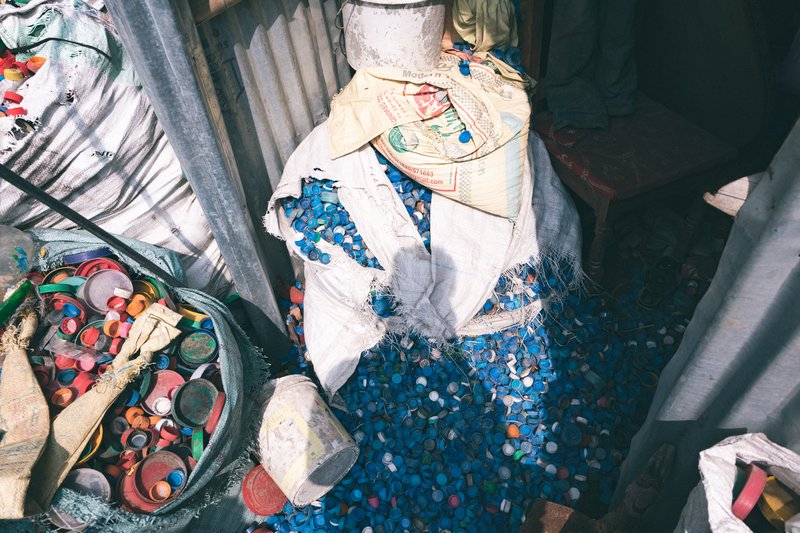 Despite a constantly increasing number of waste and a long way to aspire to a totally clean city, the population is becoming more aware of the health danger that waste poses to their lives and the ecological impact it has. They are working to stop dumping or burning their waste in any location.

However, the amount of household waste has not been expected to decrease, which is due to an increasing population in the capital. A population that still needs to be sensitized to the misdeeds of this garbage.

The government also has a responsibility in improving waste management, not only in the capital but also throughout Nepal. It is currently trying to find new partnerships with private companies in order to develop further its waste management system.

If the country wants to move to a great victory, let us hope that it will assume its responsibilities by implementing all the necessary means to achieve these objectives. The key to success will perhaps appear in a few years, who knows.

COP 25: Adaptation At Crossroads By Batu Uprety 1 month, 4 weeks ago