Padma Shamsher As The First Constitution Maker Of Nepal

The Nepalese opposition movement in Indian soil against the Ranas did not seek British support or mediation in working out a democratic deal with the Ranas. Rather, the opposition movement found common interests with the Indians fighting against the British. This gave a golden opportunity to Jawaharlal Nehru to broker a deal between the Ranas and the opposition leaders. The move had several consequences for the future of Nepal. Because the parties relied on Nehru and Padma Shamsher realized there is no escaping Nehru's good office, both the Ranas and opposition leaders also lost the opportunity to ask the British before their return to restore the Nepalese territories lost to Britain during Anglo Nepal War 1814-16. 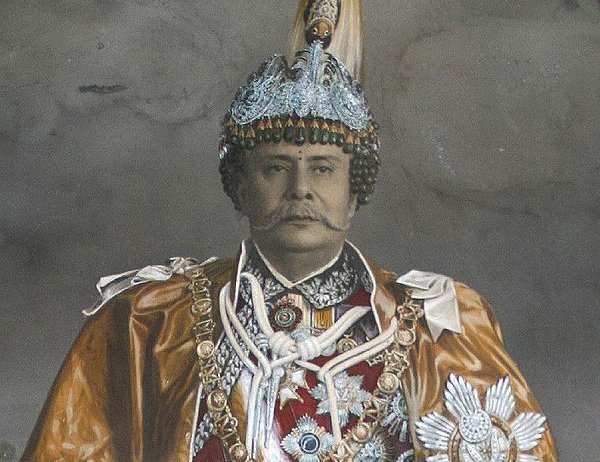 Prime Minister Padma Shamsher inherited the hereditary title of the prime minister when his uncle Prime Minister Juddha Shamsher abdicated in his favour in November 1945.

The nephew, Padma Shamsher, as opposed to his uncle, Juddha Shamsher, wanted to transform the feudal Rana system by somehow democratizing it. He recognized that in modern times, it was impossible to rule without the people's help and cooperation, and, as soon as he came to power, he turned his attention to the necessary constitutional reforms. However, he was considered a weak Prime Minister who faced a multitude of challenges, including weak familial background, inheriting a financially insufficient treasury, and the British's withdrawal from India.

The founder of the Rana rule, Jung Bahadur, had resorted to coup d'êtat in 1846, as the story goes, to end multiple contenders of powers and emerging instabilities in the country. The Rana rule however fell into the same trap. The Rana rulers married several wives or had relationships with concubines and allegedly low caste women. Because many such women gave birth to several children, the potential contenders for the hereditary prime ministership, a solo position, on the Roll of Succession grew. Consequently, Ranas who were legitimate sons began begrudging the sons of concubines and other lower caste wives with whom they had to contend the hereditary position.

According to John Whelpton, in 1920, Chandra Shamsher, the sixth of the seventeen sons of Dhir Shamsher Rana (the youngest brother of Jung Bahadur Rana), attempted to tackle this problem by creating a threefold classification of the family. As such, the A-Class Ranas were ones whose mothers were of equal caste status to the father and had been married with full religious rites; B-Class Ranas were those whose mothers were high caste (e.g. Thakuri and Chhetri), but had been married by a simpler ceremony (often the result of an existing relationship before marriage); and C-Class Ranas were illegitimate sons of mothers who often belonged to lower castes.

Chandra Shamsher declared that while the existing names on the Roll of Succession would be preserved, only A-Class Ranas would be added to the Roll from the time the decree went into effect. Thus, Bir Shamsher's illegitimate sons retained their place on the Roll (added by their father in 1885-1901) and were in contention to the prime ministership. Bhim Shamsher, Padma Shamsher's father, however, contradicting Chandra Shamsher's decree, added his C-Class sons and grandsons to the list, as he had many children but only a single legitimate son.

During the time he assumed prime ministership, as Ludwig Stiller described, Padma Shamsher was sixty-two years old, with a small family, a simple life and a steady work ethic; he was an unlikely candidate for the position of prime minister. He additionally lacked two important components of maintaining his grip on power: wealth and a powerful family base, as Adrian Sever stated. Bhim Shamsher, Padma Shamsher's father and himself a prime minister, was a wealthy man, but had not given Padma, his eldest son, his share of the properties. Padma Shamsher did not enjoy his father's favor and confidence.

Adrian Sever argues that from the time he assumed office, Shamsher had a precarious hold on the supreme executive office. The treasury he inherited from his predecessor, Prime Minister Juddha Shamsher, was depleted, which kept him from becoming powerful and wealthy. Juddha had requisitioned private and public lands and spent much of his wealth from the government exchequer to provide for his 40 children from different wives.

Additionally, Juddha Shumsher had removed many of Bhim Shamsher's wealthy half-brothers from the Roll of Succession. Because they had little prospect for power, they were in and out of Kathmandu without much vision or interest in ongoing politics. Additionally, his single A-Class son, Basant Shamsher, although democratic-minded, was too weak to help him with his quest. In this scenario, Padma Shamsher did not have strong support for constitutional reforms from his family.

Yet, Padma Shamsher understood the paradigm shift that was at work around the region, and his humble mannerisms allowed him to accommodate this change. He was effortful in trying to build his relations with the Chandra Shamsher and Juddha branches of the Rana family by sharing power with them in order to appeal for the necessary assistance and build his power base. Additionally, although his cousins had no intention of supporting him, Padma Shamsher tried to accommodate them. Thus, in a commendable gesture, Padma Shamsher reconfirmed Juddha’s eldest son, Bahadur Shumsher, in his position of the Hazuria General (ADC General) deputed to keep the King under surveillance under the Rana regime.

However, Bahadur Shumsher resigned his position as Hazuria General, and Padma Shamsher appointed Chandra's son, Krishna Shamsher as replacement. Another of Chandra’s sons, Shankar Shamsher, was appointed Director General of Police. However, Krishna Shumsher also relinquished his position. He also withdrew from the Roll of Succession and left the country. Chandra's other son, Keshar Shamsher, who was a strong claimant of a similar senior position, was not interested in politics, and preferred being appointed as the Ambassador to the Court of St. James, the royal court of the United Kingdom. On the other hand, Mohan Shamsher and Babar Shamsher, Chandra's other sons, remained impatient for power, but had to wait until Padma Shamsher handed over his prime ministership.

Additionally, by the time Padma Shamsher became prime minister, the British in India had already become weak. The meeting between Lord Wavell, the Viceroy of India, and the major political leaders had just been convened in Simla to agree on and approve the Wavell Plan for Indian self-government. The last Viceroy, Lord Mountbatten, assumed the viceregal throne in New Delhi in February 1947 with a clear purpose of closing the chapter of colonial rule. As Leo E. Rose, in Nepal: Strategy for Survival (1971), has pointed out, the Ranas had difficulty accepting the reality that the British would withdraw from India and that major policy adjustments would also become necessary in Nepal, per the new scenario.

Still, the Ranas expected that, given the Hindu-Muslim riots taking place in northern India in 1946, the transfer of power from the British to Indians would be delayed. However, this expectation was shattered as, in August of that year, an interim government under the leadership of Jawaharlal Nehru of Congress was formed. The situation disabled Padma Shamsher from requesting the British to provide support in his constitution reform process.

Moreover, the Nepalese opposition movement in Indian soil against the Ranas did not seek British support or mediation in working out a democratic deal with the Ranas. Rather, the opposition movement found common interests with the Indians fighting against the British. This gave a golden opportunity to Jawaharlal Nehru to broker a deal between the Ranas and the opposition leaders. The move had several consequences for the future of Nepal. Because the parties relied on Nehru and Padma Shamsher realized there is no escaping Nehru's good office, both the Ranas and opposition leaders also lost the opportunity to ask the British before their return to restore the Nepalese territories lost to Britain during Anglo Nepal War 1814-16.

Thus, writing a new constitution in the hotbed of such a scenario was certainly not an easy affair. Given that a weak prime minister, who faced many other challenges as highlighted above, was attempting this feat proved to be even more challenging.

Never The Twain Shall Meet By Hemang Dixit 19 hours, 28 minutes ago

Ministry Of Forest And Environment: Outcomes From The Driving Seat By Batu Uprety 1 day, 13 hours ago

Uttarakhand Glaciers And Recent Disaster: A Lesson To Our Countr By Dr. A.B. Thapa 3 days, 22 hours ago