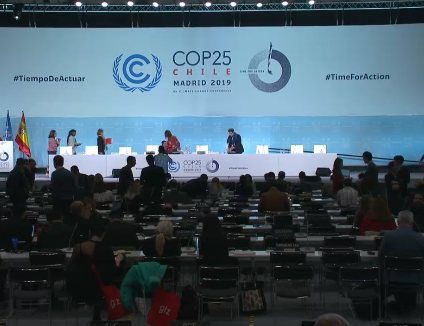 Officials from almost 200 countries have extended their stay in Madrid for a second extra day after failing to reach an agreement at a key UN climate meeting.

Talks were scheduled to conclude on Friday but lurched into Sunday as major economies and smaller states struggled to resolve outstanding issues under the 2015 Paris Agreement to tackle global warming.

Some of the most vulnerable nations said their voices were not being heard.

"Over the last 24 hours, 90% of the participants have not been involved in this process," said Kevin Conrad, Papua New Guinea's climate envoy, echoing concerns expressed by some other developing countries.

Chile, which is chairing the talks, said negotiators at COP25 would continue working on two fronts trying to get deals on financial support for poor countries affected by climate change and international carbon markets.

Earlier, Chile faced fierce criticism after it drafted a version of the summit text that campaigners complained was so weak it betrayed the spirit of the Paris deal.

European Union countries and others have said they would prefer not to finalise rules on international carbon markets rather than to approve ones that could undermine efforts to cut greenhouse gas emissions.

Economists say allowing companies and rich countries to invest in carbon-cutting measures such as forest protection in poor countries could become a vital tool for lowering emissions, provided the markets are transparent and there is no double counting.

“We are all looking for a compromise,” Frans Timmermans, the European Commission’s top official in charge of climate issues, said earlier on Friday. “But there is no way, no way, we could accept a compromise that jeopardises environmental integrity. Just no way.” 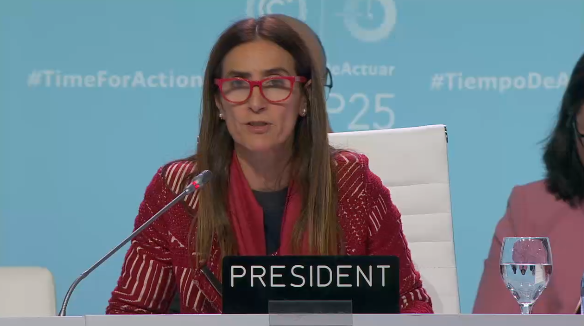 Another topic still on the table concerns financial support for poor countries that suffer the effects of climate change, from stronger storms to droughts and sea-level rise. The very existence of the Marshall Islands is threatened by such a rise.

"We are here and we will fight and the world is watching is and I need to go home and look my children in the eye with an outcome which will ensure their future and the future of all of our children," Tina Stege, the climate envoy for the Marshall Islands told the meeting. 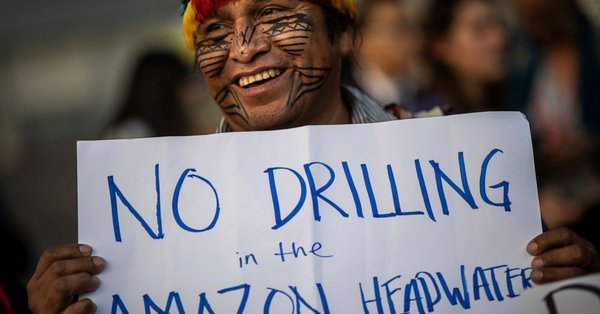 In 2013, countries agreed on a tentative system to channel such aid, known as the Warsaw International Mechanism. But some rich countries, particularly the United States, have resisted attempts to hold them formally accountable for the impact their greenhouse gas emissions have on the climate, prompting criticism from developing nations.

“The US government is the largest humanitarian donor in the world,” a State Department official said Friday. “The WIM should be a constructive space to catalyze action on the wide range of loss and damage issues.”

“A divisive conversation on blame and liability helps no one,” said the U.S. official, who spoke on condition of anonymity due to the sensitivity of the ongoing negotiations. 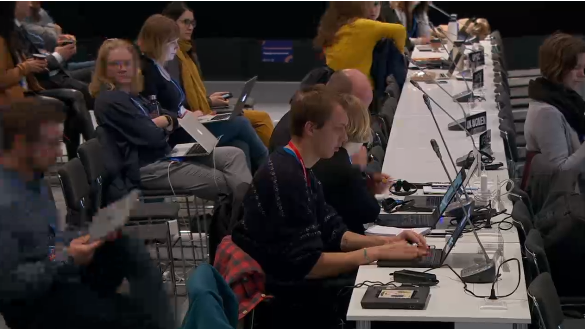 President Donald Trump has formally triggered the United States’ withdrawal from the 2015 Paris climate accord, a process that will be completed 4 November 2020, a day after the next US presidential election.

However dozens of countries have already said they will submit more ambitious emissions targets next year, though analysts say the commitments made so far aren’t enough.

Scientists have calculated that global emissions have to drop 7.6 per cent annually, starting next year, if the Paris accord’s goal of keeping global warming at 1.5 degrees Celsius (2.7 degrees Fahrenheit) by the end of the century is to be achieved.

Two-fifths Of Plants At Risk Of Extinction By Agencies 3 months, 2 weeks ago

Wildlife Populations Have Fallen By Two Thirds: WWF By Agencies 4 months, 1 week ago