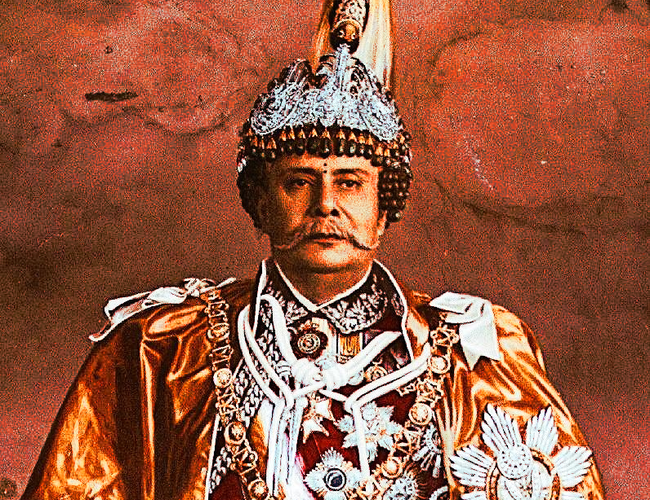 A preamble may be defined as any statement that follows the title of the constitution and precedes the numbered articles. The content of the substantive preamble, however, is not easy to decide. Orgad (2010), for example, suggests that a substantive preamble presents "the history behind the constitution’s enactment as well as the nation’s core principles and values." A preamble may not be explicitly termed "Preamble" or even be unnamed, and yet, serves the same purpose. On the other hand, even if labeled as something else, such a text may qualify as a preamble anyway.

There is no specific rule about the length of a preamble, and evidently, they vary greatly in length, with an average of 300 words, according to a researcher. Its length is unrelated to the length of the body of the constitution. The text of the preamble may often contain very lofty ideals and aspirations. Due to this fact, it may not necessarily represent the reality of the actual constitutional order. Very often, it may contain ideological fictions, or even deliberate distortions of facts, in a bid to legitimize the constitution.

According to Oxford English Dictionary, the term "preamble" comes from the Latin word "preambulare," meaning "to walk before." It defines a preamble – in the context of law – as an introduction or kind of foreword to a legal act. Wim Voermans, Maarten Stremler & Paul Cliteur make it clear that preambles take different shapes and their authors may use them for different reasons. The introductory statement can provide the purpose and rationale of the law, or elucidate its intention. Sometimes, it highlights the assumptions and principles that the drafters found particularly important. A preamble can also place the law in its historical and political contexts. The inclusion of a preliminary statement into a law can be traced back to a very early phase in the evolution of law. The Code of Hammurabi, the Babylonian code of law of ancient Mesopotamia, dated to about 1754 BC, contains a preamble that evokes the greatness of the ruler.

In British law and constitutional traditions preambles have been adopted for a long time as a means of communicating abstract principles of the superiority and identity of the emperorship. This was especially true during the High and Late Middle Ages. According to Wim Voermans, Maarten Stremler & Paul Cliteur, the preambles legitimized the rule of the monarch. For example, a preamble to a law created by Charles V highlights how the virtue of prudence is to be guarded by rulers and governors, as they have the knowledge about past, present, and future events. "With this virtue [of prudence] and by means of it, with justice, strength and moderation, all kingdoms must be governed," it reads. Currently, in the United Kingdom, the practice of including a preamble to a statute has been replaced by the practice of using long titles, which describe the purpose or scope of the legislation.

Then, as noted by Wim Voermans, Maarten Stremler & Paul Cliteur, the tradition of including preambles for significant laws were eventually faded out in continental Europe, with the French National Assembly dictating that all decrees were to be printed without one. This was because people perceived that there was no need to explain why the decree was being made when the people themselves, and not rulers, were making them. Only fundamental laws, new constitutions, were to contain preambles, and this trend persisted through most of the nineteenth century. In the twentieth century, however, the trend was revived yet again.

The Act of 1948 is like a constitution in its makeup. A Code, called Nyayavikasini or Manav Nyayashastra, issued by King Sthitiraj Malla in 1436 was a significant effort in Nepal's history to codify its laws and customs. Yet, it did not contain a preamble. Instead, in its place, the Code referred to the Dharma and the character of human beings. The Rules framed and issued by King Mahendra Malla (1554-1568), the exact date of which is not clear, also lacked a preamble, but mentioned that these Rules appeared in the King's dream in the midnight of the bright half of lunar month and were sent by Goddess Taleju. Rules framed and issued by King Ram Shah (c.1606–1636), who was well known in the hilly region as a reformer of the justice sector, also lacked a preamble. His famous Rules on Decorum of the Courts also enter into the subject without any preambulatory note.

Rules issued by King Rana Bahadur Shah in 1806 were accompanied by a preamble. This preamble maintained that these Rules shall come into force all over the country from west of the Kanaka-Tista and east of Mahakali and that justice shall be dispensed based on law and without any favour, bribery and corruption. The Rules on Abolition of Sati, issued on 1877 by Prime Minister Bir Shamsher, were without preamble. It was addressed to the concerned officials straight, without any philosophical note.

In 1854, when the National Code (Muluki Ain) was codified and enacted, it contained a preamble that emphasized uniformity within the country in the application of laws. It was a powerful preamble that clarified that the Code applied even to the Prime Minister of Nepal. The Land Management Rules issued by Bahadur Shah, the youngest son of King Prithvi Narayan Shah, in 1791 contained a preamble. However, the said Rules were issued more as a decree than a matter of principle. Bahadur Shah issued these Rules as a regent (1785–1794) for the minor king at that time.

Prime Minister Chandra Shamsher's appeal for the abolition of slavery in Nepal on November 1924 was a great text, but then it was not addressed by the Rules. The last paragraph of his appeal concluded: "With earnest prayers to God that He may give us all wisdom to select the proper course, courage to pursue it, ability to perform our allotted part in it and turn the heart of all to feel for and incline us to help those held in vile bondage, let me bring this long discourse to a close, thanking you for the patient hearing you have given to it and beg with hope that, with God overhead and heart within, we shall be able to achieve success in the good cause in which we are all engaged."

All these examples show that Nepalese statues, notwithstanding their variations in terms of power and authority, were either without preamble or, even when there were exceptions, they were not befitting of the standards they deserved. They were not meant to open the minds of the makers of the statutes as to the mischiefs which were to be remedied, and the objectives which were to be accomplished by the provisions of the statutes. In some instruments, the notes at the top of the statutes were addressed to the administrators and judges, who were supposed to implement such statutes. They were thus to be as effective as the main part of the statutes, and were not introductory statements stating the reasons and intent of what followed.

In this background, the Government of Nepal Act, which was perceived as the Constitution, was the first constitutional legislation in Nepal with a modern preamble. It was a preamble with a purportedly constitutional manifestation. It was probably also the first statute that used the word preamble in Nepal. It not only takes stock of the new law that follows, but is substantive, uses aspiring language, and provides a basic orientation about the document itself. Setting out a preliminary statement, it gives reasons for why the constitution is being adopted, its purpose and its justification. The preamble was enacted at the same moment as the constitution.

The Preamble of the Act of 1948 explicitly mentions that the Act was being promulgated by Maharaja Padma Shamsher, the hereditary Rana Prime Minister, "by virtue of the supreme authority vested" in him "through the instruments of their sacred Panja-patras" by the Kings of Nepal, dating from the year 1903 onwards, delegating all powers of the state upon the contemporaneous Rana Maharajas. The preamble does not mention the sovereignty of the people or their constituent power as such. It does not refer to popular will, democracy or human rights. However, it refers on the hereditary prime minister's "fervent desire" to pursue all possible social, economic and political developments to bring Nepal in line with the advanced nations of the world and give the country its rightful place in the comity of nations. While keeping from referring to the country as Hindu state, he describes it as "the sacred country of Lord Pashupatinath," the most revered Hindu god in Nepal.

Even though the preamble does not express any commitment to democracy, it does, however, express commitment to resurrect Nepal's ancient ideals of the Panchayat and other similar institutions. It maintains that "it is our declared policy to provide for the increasingly closer association of our dear people in every branch of administration and, thus, bring about enhanced prosperity and happiness to our people." In this pursuit, the preamble emphasizes that progress in giving effects of this policy can only be achieved by successive stages. This process must be guided by the cooperation received from those to whom new opportunities have been offered and by the extent to which further confidence can be reposed upon their sense of responsibility. The preamble explicitly states that Prime Minister Padma Shamsher considers it to be expedient that immediate steps in these direction be taken. He then ordains and promulgates the Constitutional Act under his own authority, and without the consent of the King.

As a final note, however, it must be emphasized here that the textual analysis of the preamble of Government of Nepal Act, as every other constitutional or statutory instrument, depends on its context and that, as a consequence, grasping its meaning requires contextual background information. This may include the relevant setting's history, social and political reality, legal system, and so on. However, textual analysis in itself is a necessary and valuable first step towards understanding constitutional preambles.

India Sees Itself As Nepal’s Natural And Instinctive Responder In Times Of Crisis. By Harsh Vardhan Shringla 1 day, 22 hours ago

Human Rights Dimension To COVID-19 Response And Its Long-Term Effects By Novela Acharya 2 days, 14 hours ago

Nepal In The New Strategic Ambiance By Binoj Basnyat 5 days, 10 hours ago

‘Anything Goes’ First By Hemang Dixit 1 week, 1 day ago

How Can The Problems Of Koshi Region Be Addressed Through A Nexus Perspective? By Pratik Poudel 1 week, 1 day ago