A Tribute To Ujjwal Thapa, The Youth Leader:

A Tribute To Ujjwal Thapa, The Youth Leader: 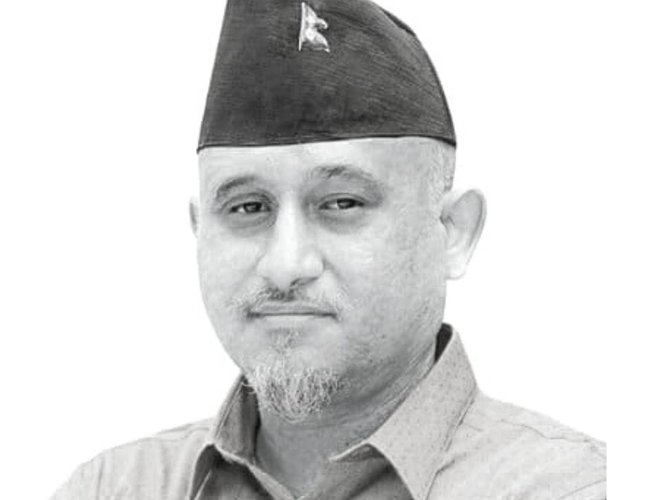 On Friday, 26th Feb 2010, during the launching of Nepal Tourism Year 2011, twenty two major political party leaders read out the promise signed by their party presidents. They vowed that for the prosperity of the country, they will come “Together for Tourism” and not call any more “ Nepal Bandhs and strikes”!! Facebook

Fifty thousand Nepalese, waving ten thousand “Chandra-Surya” Nepali flags at Sainik Munch, Tundikhel, Kathmandu and millions watching on TV were a witness to their pledge. The NTY 2011 main committee, where I was serving as the national coordinator, all patted ourselves for the grand event, little realising that the signatories had no shame in breaking any verbal or even written commitments !! They continued calling their sadistic strikes and bandhs paralysing the freedom of movements which is the base of tourism.

In the midst of my frustration, I met this young, unassuming, soft and short speech Ujjwal Thapa. He was totally flushed like me, “You see Dai, these b.... don’t mean what they say and have absolutely no credibility!! Let us defy their bandh calls. You bring tourism people and I will bring the youths.” No matter which party called the bandh (after 26 Feb 2010), we gathered at Keshar Mahal with our cars and motorbikes and drove round the Kathmandu streets to demonstrate “ my movement, my right”.

I thought he was just another emotional, short term campaigner like me and most of us, and took him quite lightly.

When I opened my Face Book today, I am amazed to see how he had touched so many hearts within these 10 years! A salute and a tribute to you, Ujjwal, for daring to come out of your comfort zone and actually embracing politics to fight “bad politics”. You may be gone, but you have lit the flame!!!

A Renowned Tourism Entrepreneur and Chairman at Club Himalaya, Nagarkot

Nepal And The EU Share 20 Years History Of Partnership On Education By Jutta Urpilainen 8 hours, 12 minutes ago

Be Works By Hemang Dixit 9 hours, 13 minutes ago