I remember that in the aftermath of the Kodari Highway, that as one travelled by the riverbank one saw plenty of boulde 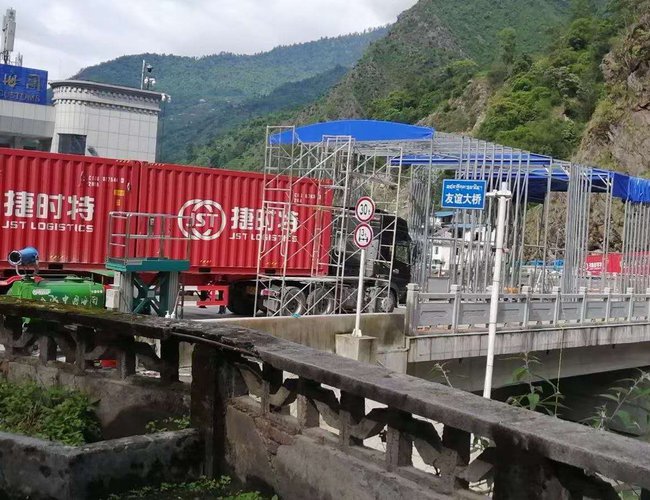 There is an English saying that goes ‘Sticks & Stones may break my Bones’ which is a well known saying from time immemorial may be very appropriate in the context of Nepal. The export of timber and stones is definitely detrimental for Nepal in the long run.

As far as export of timber and boulders for the benefit of India is concerned, it has a long history. Besides contributing to the British fund for the World War I then PM Chandra Shumsher contributed on behalf of Nepal some two lakhs broad-gauge wooden sleepers, which now-a-days are made of concrete plus also two hundred and twenty sesame trees. Similarly during the course of World War II, PM Joodha contributed 3,000 walnut trees, of which 1,000 were gifts for the making of the wooden shoulder rests of rifles. Thus the export of timber, boulders and grit from Nepal has been going on for some time.

I remember that in the aftermath of the Kodari Highway, that as one travelled by the riverbank one saw plenty of boulder. Sadly these have now gone for one sees dredgers extracting sand and trucks carting them away. Of course one notices too that a number of mainly women and an occasional man working there for the sake of their livelihood. An alternative has to be found for them.

This reminds too of my bygone days of travelling from Tansen and Butwol. At a certain point along the highway, the bus would stop and passengers would be made to walk across a certain stretch of the road and wait a little bit afar off. The reason was there were always some stones coming from the top downwards. Then without any passengers in the bus driver would step on the gas and bring the vehicle swiftly across this hazardous stretch of road. An apt solution would be to build a short tunnel through which vehicles could pass and boulders hurtling down from above would no longer hit vehicles and kill people travelling on the road below. Sadly as one travels on the highway along the river one sees that that it does not have any big boulders as all these have been carted away.

It is noteworthy to note that the Panchayat Government, which many deplore, had the foresight to ban the export of boulders, gravel and sand to other countries. Some form of uncanny thinking must have prompted some of the administrative officials to suggest to our new appointed raw and untested politicians on the benefits of such official action i.e. the lifting the 1971 ban of exporting boulders etc from this land of ours. The stated reason to reduce the deficit budget seems bizarre. It is a dumb suggestion for it is well known that local politicians all over the country have bought bulldozer and in the name of making local road are bulldozing hills and causing landslides in many places. Thus it is not only in the Chure / Bhabber region but all over Nepal

We spend valuable diesel which we have brought with foreign exchange to transport relatively cheap boulders and gravel from our land. How foolish can we get? South Korea on the other hand exported highly expensive light but costly electronic goods all over the world and has become a world leader.

After all 5th June, 2021 was World Environment Day. Some environment conscious Nepalis are planting trees along river banks to improve and make the river banks stronger so that the floods do not erode it away. The foolish uncaring governmental authorities are definitely anti nationalist when they propose to restart the export of our boulders, our heritage to third countries. We should be conserving our resources.

One needs to be reminded of the deep seated thinking of a world power - nations. One such has been keeping the oil that it has underground whilst it uses up the resources that are elsewhere e.g. in the Gulf countries. A very wise policy if one may say it so. Unfortunately however oil will probably not be in so great a demand as electric vehicles come into use. Even more so efficient planes are being developed to use less oil derived fuel to reduce global warming!

Funnily the human habit to hoard and collect is causing problems in Spanish tourist beaches. Apparently many visitors gather the seashore pebbles and shells to take back home as souvenir. Some enterprising Spanish folks are abetting in this by empty bottles filled with pebbles to make a fast buck! What ingenuity. This however has bereft the beaches of Spain of what should be a natural habitat.

At this juncture I am reminded of what is said to be a favourite story of late Chairman Mao Ze Dong:

There was an old man who lived on one side of a huge mountain but his field over on the other side. Each day the old man had to climb up and go down the other side to till his field. One day he got tired of his routine and instead went to the top of the mountain and started digging. This went on for a couple of days and God seeing this felt pity on the old man.

‘What are you doing? ’ he asked the old man.

‘I am flattening this mountain so that I don’t have to climb it every day to reach my field,’ the man said.

‘Don’t be foolish old man. How can you possibly do that? It will take ages’ said God.

God sadly shook his head and having pity on the farmer removed the mountain overnight. The old farmer could then walk easily to his field.

Mao’s concept in telling the story is that nothing is impossible in this world. I only hope that our government advisors do not think that they have the ability to sell boulders and sand from all over the country for that will certainly lead to a disturbance of our ecosystem. We the current Nepalis will not be handing over to our future generations the Nepal that we found when we were born.

What we have to remember is that we do not inherit the earth from our ancestors: we borrow it from our children.