The Plights Of Rape Survivors And Criminal Investigation

There may be many cases of sexual offenses hidden under the layers of guilt, shame, and societal pressure. Consequently, these go undetected and unpunished, but their victims live with the torment all their lives 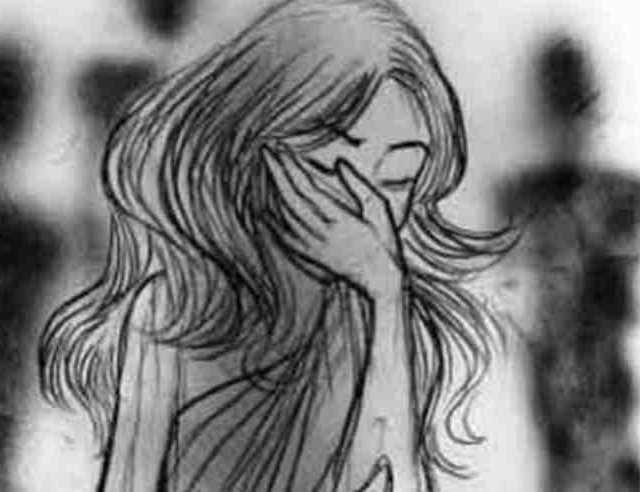 Women are subject to criminal victimization, both inside and outside their homes. These usually include harassment, torture, abuses, and sometimes murder in the most deceitful manner. The dowry atrocities, child prostitution, and women trafficking for sexual exploitation have been a disgrace to society. A large number of children are abused for commercial sexual purposes every year often ending up with their health destroyed. As a result, many victims suffer silently. Quite often, the humanitarian needs of the victims are neglected. Rape has a far-reaching and long-term negative impact in all spheres of life affect not only the individual women victims but also her family and the larger community in general.

The objective of this article is to understand the physical, psychosocial problems of the victims of rape and the right approach to intervene in the most professional way possible. In other words, humanizing the law enforcement agencies during the investigation of rape crimes is the call of the time.

In the fiscal year, 2074/2075 the police registered 1480 cases and 727 attempted to rape cases, whereas in the fiscal year 2075/2076 the total number of rape cases were 2230 and 786 attempt to rape cases were recorded. In addition, 211cases of child sexual abuse were also reported in this fiscal year (Nepal Police). These two-year figures indicate that sexual crimes are increasing in the country. Earlier, child sexual abuse was unheard and unspoken in our society but lately, it has been tormenting society. So, the trend of these crimes is changing. There may be many cases of sexual offenses hidden under the layers of guilt, shame, and societal pressure. Consequently, these go undetected and unpunished, but their victims live with the torment all their lives. The prostituted children are often raped, beaten, sodomized, emotionally abused, tortured, and even killed by pimps, brothel owners, and customers.

The investigation generally contains various steps. Identification of victims, the medical check-up, the interview, and the intelligence gathering for the arrest of criminals are common. Careless investigation can harm the child. The child must be protected during the process of investigation. Throughout the world, victims' experiences with the criminal justice system vary greatly. In our context, helpless women and children find access to justice difficult since they are typically not courageous enough to confide and approach police offices. Even those who dare to do so, also suffer from the stigmatization of society. On top of these, sometimes, police investigations make the victims suffer from further apathy and distrust of the justice system. The exhibition of insensitiveness of police and other law enforcement officials towards the victims' feelings and lack of techniques to handle women and children victims often discourage victims to report and continue defending their cases in the courts.

Sensitive and professional intervention and investigation are crucial to providing relief and justice to the victims and punishment to the perpetrators. The technical aspects of the investigation (i.e. the application of forensic science) are equally important to prove the guilt. The successful investigation and prosecution of the crime is not the only objective rather victims' rights must be protected at the highest level, which requires the humanization of the entire law enforcement system. The successful investigation and prosecution of sexual assault largely depend upon a structural change of the legal system, a transformation of society's perception of rape victims, a high level of proficiency among the multidisciplinary team, and their ability to work well together.

The victim of sexual offenses should be dealt with compassion and support by the family, friends, and law enforcement agencies. The investigation of crimes against women and children requires knowledge, skills, sensitivity, and a particular caring attitude. Male and female officers should be specially trained to deal with such crimes. The pieces of evidence are key factors to prove the mens rea (criminal intent) and actus reus (criminal act) must be proved in the courts. Many law enforcement officers commit grave mistakes while collecting the primary physical pieces of evidence, i.e. they treat the victim as a piece of evidence only not a human being abused and suffering from loads of psycho-sociological problems. The victim-friendly approach should be kept in mind throughout the investigation and prosecution stages. The rights, needs, and interests of the victims should be properly handled during all the procedures.

The investigation requires a delicate part of interview sessions with the victims and suspects. It is an art unto itself. The reporting of the offense to the police requires an act of tremendous courage and determination on the part of the victims. The investigating officer, preferably a woman officer while handling sexual offenses, must be extra cautious to respect the dignity of the victims at all times. The victims need supportive and friendly behavior from the police and attorneys. Not only during the investigation but also in the process of adjudication, the courts must handle such cases inhuman behaviors. Quite often, with the lack of knowledge and skills, the victims are re-victimized during the process of investigation and adjudication. An inappropriate way of handling the victims will make them miserable and weak.

The interview and handling of the suspect also deserve humanitarian behavior without any prejudices and physical and mental torture. The investigating officers should work hard to collect every bit of pieces of evidence methodically to make the case strong in the court. The pieces of evidence are far strong than the words in the courts. The victim's private lawyer should be allowed to accompany him/her while taking the interviews.

The violence and crimes against vulnerable sections of society are considered customary and routine social practices in our societies. These crimes are typically under-reported and poorly investigated. As a result, many victims suffer silently in their lives. Quite often the rights, humanitarian needs, and interests of the victims and suspects are neglected. The technical part of the investigation, i.e. the application of forensic science, is important to establish the criminal intent and criminal acts but in the name of investigation, the humanitarian perspectives should not be omitted by the law enforcing agencies.

The various agencies responsible for the execution of the criminal justice system have been distant from the other actors. As such, coordination and cooperation between the police, prosecutors, judges, physicians, forensic specialists, social activists, and the jail administration, must be revitalized. There is an acute need for a coalition, not a collision.

The criminalization of politics and politicization of criminal acts are being frequently experienced in our society. These attitudes and practices will only serve the purpose of lawlessness and anarchy. Every citizen has to abide by the law and respect the human rights and values of others.

Dr. Thapa is retired Additional Inspector General of Nepal Police. Currently, he is President of the Centre for Security and Justice Studies, Nepal.

Dr. Thapa is retired Additional Inspector General of Nepal Police. Currently, he is President of the Centre for Security and Justice Studies, Nepal.