In this context, it is worth mentioning the role of Small Farmer Agricultural Cooperatives(SFACL) in structural transformation of rural economy of Nepal 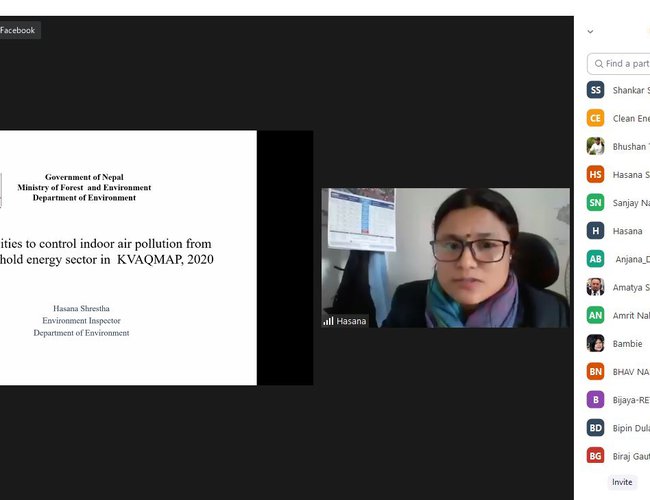 Traditionally, agriculture is the prime sector of rural economy and rural employment. Smallholders and marginal farmers predominate Nepalese agriculture as they constitute a majority of the population and play a crucial role in the food supply of the country. Nevertheless, those small-scale farmers are stricken by poverty because farm technology tends to be primitive and of low yield. Since rural regions face an aging and shrinking workforce, focus on boosting productivity is imperative. To this end, there is a need to support small-scale farmers at all levels of the value chain. There will be a key role for federal, provincial and local governments in supporting this bottom-up development effort since the rural economy is an untapped source of jobs, growth and development.

Rural areas are characterized by a great diversity of economic activities, including processing and marketing of agricultural products, tourism, mining and services. Given the rise in global demand for food in general and the increasing food deficiency scenario of Nepal in particular, the agriculture sector needs greater modernization, to increase its lucrativeness and dynamism and to raise its status as a source of decent jobs. Investing in the education and skills of rural youth is key for triggering productive transformation and promoting economic diversification in rural areas. Improving the quality of agricultural jobs is essential to attract rural youths. Achieving the Sustainable Development Goals (SDGs) mainly 1,2 and 10, no poverty,zero hunger and reduced inequality respectively by 2030, will thus require increased policy focus on rural infrastructure development and creation of alternative job opportunities in rural remote areas especially for the people living in desperate poverty.

Since agriculture remains the largest employer, future rural structural transformation must take into account agricultural transformation. To expedite transformation, there is a need to promote long-term productivity growth in agriculture and facilitate the upgrading of farms and agro enterprises within the global value chain. The most successful Asian economies and the industrialized economies in East Asia (Japan; the Republic of Korea; and Taiwan, China), have pursued an agriculture development-led industrialization pathway. The fast-growing transition economies (China and Vietnam), seem to be traversing a similar one. Agricultural growth has also been a prominent feature in the rest of developing Asia, particularly Indonesia, Malaysia, and Thailand. Transforming a country’s agriculture sector can create jobs, raise incomes, reduce malnutrition, and kick-start the economy on a path to high-income growth. In fact, almost every industrialized nation began its economic ascent with an agricultural transformation. Recent examples include Brazil, China, and Vietnam, each of which at least doubled the value of its agriculture sector within 20 years of starting its transformation. Therefore, in order to end hunger and undernutrition while accelerating economic growth, agricultural transformation must become a reality. As Nobel Laureate Theodore W. Schultz said in his Transforming Traditional Agriculture, once you make modern technologies available to farmers, farmers will turn sand into gold.

As a majority of the population in Nepal depends on agriculture for livelihood, there is high demand for agriculture resources like seeds and fertilizers and access to the market. In such a context, agricultural cooperatives become a crucial means to ensure that the needs of small farmers are addressed, thus transforming the agriculture industry.

An interesting feature of the community-based cooperatives is that they benefit only the poor and not those who are better off and have access to mainstream credit and markets. Certainly, there have been cooperative success stories, the dairy sector in Kenya, coffee in Ethiopia, and cotton in Mali, for example. Cooperatives provide an opportunity for small-scale farmers to improve their productivity, add value to their products, increase their access to national and international markets, provide access to credit and information, link to better markets, strengthen their bargaining power and break the unfair and exploitative relationship that connects them with the local money lenders and village traders.

In this context, it is worth mentioning the role of Small Farmer Agricultural Cooperatives(SFACL) in the structural transformation of the rural economy of Nepal.SFACL, a coop of distinct structure and operational modality amongst more than twenty-nine thousand coops in Nepal, is a community-based coop each having at least 375 members with a three-tiered structure, groups in the neighborhood level, inter groups in cluster(ward) level and main committee in municipality level, unlike other coops formed by a group of a few elites or affluent people. Guided by the philosophy of promoting social equity, equality and justice in society, these coops have been undertaking various social and community development activities apart from savings mobilization and credit support to the poor small scale farmers. Dalit, so-called untouchables, Indigenous people, and women constitute a major portion of total members (Dalit, Janjati and women constitute 14,39 and 79 percent respectively of the total about nine hundred thousand members in552 municipalities of 74 districts). Responsible financing, social inclusion, human capital development and social capital formation are some of the major dimensions that differentiate these SFACLs from other coops in Nepal. These coops, in accordance with their naming and legal mandate, have been educating their member farmers to adopt modern farming practices in order to increase the production and productivity of both land and labor. Accordingly, in collaboration with the Israeli government, SFACLs have been sending small holder youths to Israel’s agriculture training colleges to learn farming practices and agriculture technology which has been a milestone for the transformation of the agriculture sector in Nepal.Cooperative/collective farming practices by the smallholder farmers and the Israel returnee youths using Israeli technology is of course a major departure from subsistence to commercial farming resulting in high yields with low production cost. The use of farm equipment and machines has substantially reduced manual labor in agriculture giving opportunity, especially for women members to undertake off-farm activities. Buying in the bulk of agricultural inputs and arranging sales of farmers’ produce in the market has to a large extent lessened the role of intermediaries indulged in profiteering business. Lately, with a view to integrating small farmer members into the value chain, SFACLs have implemented Rural Enterprise Financing Project(REFP). This project aims to motivate the small farmer groups to scale up their production through bigger investment, store the product until the market responds fair price, process the primary products to add their value and market finished products in Sana Kisan brands.SFACLs have now become able to provide both financial and technical support to their members to set up and operate small and medium agriculture industries(SMAIs), like the seed, lentils, Rice, oil, dairy, tea, etc. among others along with the support for upgrading agro-business/enterprises. A large number of SMAIs have emerged in rural areas creating off-farm employment for rural farmers. Awarded consultative Group to Assist the Poor (CGAP/World Bank) as the best model of rural development and poverty reduction, SFACLs have been expanding their coverage steadily even in inaccessible areas either through the adoption of business expansion or replication modality, in both cases obtaining support from the government or development partners. Lately, the support of DFID for skill-oriented training for the foreign job aspirants and migrant returnees in addition to loan support for small enterprise operations has added one more dimension of employment generation at the local level. Operating homestay and serving organic local foods in rural parts by the members of SFACLs have contributed to the promotion of rural tourism thereby supplementing the income of farmer members.

To conclude, SFACLs have unique characteristics of uniting mostly excluded populace in groups, developing the capacity to undertake income-generating productive activities through skills for employment training, providing low-cost credit support to agricultural or animal husbandry activities, developing entrepreneurship skills among members, creating opportunities for educated youth to engage in agriculture, promoting agricultural value chain for rural employment creation, harnessing the synergies between agriculture and the non-farm economy, shifting resources from lower to higher-value crops in agriculture, etc. All these activities of SFACLs adequately prove that they are in fact the innovative model of rural development and a key instrument for structural change of the rural economy. It is heartening that these coops have their own financial institution(SKBBL) which not only provides wholesale credit but also guides and supports them to carry out various innovative activities that could be instrumental for socio-economic change in society. It is not a denying fact that agricultural transformation is a prerequisite for the structural transformation of the rural economy. The government, therefore, needs to substantially increase investment in the agriculture sector and extend all sorts of support to the coops like SFACLs to expedite structural change of the rural economy which eventually results in strengthening the national economy of the country.

Koirala is a CEO of SKBBL

He is a CEO of SKBBL

Boosting The Nepalese Rural Economy
May 27, 2020

China’s Rapid Transformation And Lessons To Learn By Krishna Silwal 1 day, 17 hours ago

Youths In Nepal Elections: From Social Media To National Platform By Sangya Dhakal 3 days, 15 hours ago

Skeleton In The Sandook By Hemant Arjyal 4 days, 14 hours ago

An Overture Filled with Confusion By Dr. K. Uprety 5 days, 20 hours ago