Whatever the time he spent here in Nepal, he was always criticized for being a politician not as a career diplomat 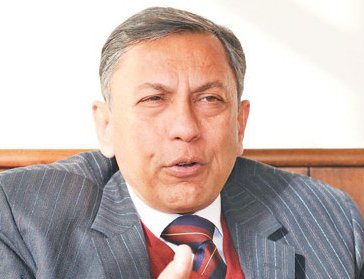 Nepal and India have had fraternal relations since time immemorial and every Nepali is cautious with this sentiment. With the changing geopolitical and geo-strategic policies, what is felt even more with priority is the study of the relational ties for furthering the strength between the two nations in a new paradigm. There is no second option that we should go beyond this notion. Ranajit Ray in his first book “Kathmandu Dilemma Resetting India Nepal Ties” as well expresses the same, though cynical “The relationship needs to be nurtured constantly through ever greater engagements at all level.” No one undermines the idea of nurturing the relationship from a new dimension.

Ray is no more a new name in Nepal and is not only the single person to write Nepal experience. Whatever the time he spent here in Nepal, he was always criticized for being a politician not as a career diplomat. His act of reaching to every nook and corner was no more appreciated.

Apparently, in the book, he seems to be worried about the Nepal India relationship but in a closer observation, his notions expressed are all full of big brother mentality. His anxiety is on Madhes and Madhesi and the rising influence of China instead of the well-being of all Nepali.

Nepal is a sovereign nation with its multi-linguistic, multi-ethnic character and all Nepali are under the same umbrella with strong unity. Either in the jovial or critical time of the nation, they stand hand in hand that the book forcefully tries to divide the nationality as “Mashesi” and “Hill” nationality. Nationality can never be metaphorically represented. It is the strong bond to its nationalist characteristics. Nationality will remain the same and cannot be falsely represented as he claims in the book.

Ray does not see any difference in Nepalese nationalistic character that of India, “If everything in Nepal is similar to that in India, then what is it that makes Nepal a unique nation-state?” which is in a sense a big insult to a sovereign nation. Nepal is unique in its characteristics and even more identical as the nation of Lord Buddha and Mt. Everest but Ray hesitates to accept its sovereignty claiming “Unfortunately for Nepal, both of these markers are shared, the former in terms of common Buddhist heritage with India and, the latter with China.,” which is no more acceptable to any of the Nepalese. He should understand that national emblems can’t be shared with different nations.

Mao once said, “Nepal is an independent nation and no Chinese policy would be to encroach its boundary,” to his people folks and they have proven the faithful allies but on the contrary, India bullies Nepal with blockade and SSB’s insult to Nepalese in the border, for which the relation of Nepal and India has remained hostile and futile. He insists on why Nepal does not make Hindi the official language in Madhes denying the fact that Maithili (11.7%), Bhojpuri (5.98%), Tharu (5.77%), languages are the common lingua-franca apart from Nepali in terai. (Ministry of Foreign Affairs) He forcefully draws a conclusion on the basis of shop opera and Hindi movie watchers.

He accepts the existence of grater Nepal before the Anglo-Nepal war in 1814/1815, “The ‘Greater Nepal’ existed for some 25 years before it clashed with the British East India Company” but he accuses Nepal of encroaching Indian territory, including “Kalapani, the Lipulekh Pass and Limpiyadhura” that Nepal claims as its own, in the beginning of the fifth chapter of the book, which is totally annoying. If it is a disputed area it should be dealt with diplomatic channels not with the direct verdict of an official through a book.

The boundary issue of Nepal and India is like a chronic disease that is difficult to cure. Nepal has tried to settle it through diplomatic channels and notes that India has turned a deaf ear all the time. The striking issue that he exposes in defense of his active involvement, “Nepalese politicians resent what they feel is micromanagement in the international affairs of Nepal. This, however, is not always due to Indian initiative.” if so, is shameful to the Nepalese politicians. The time will reveal whatever the stand of Nepali side in this blemish act.

The notion expressed in Ray’s book mostly expresses whimsical ideas and tries to create chaos in Nepalese society. His denial of the constitutional framing process and emphasis on “Autonomous Madhesh Pradesh” is cynical. His attempt to stop the constitution promulgation time, the stand was taken by the Nepalese politics, and his feeling of helplessness are somehow worthy to read. Thanks to the leaders for standing with the aspiration of Nepalese people at that time. The role of Gorkhas in protecting the border of India is crucial but their martyrdom and contributions are undermined. He expresses his pride in providing few spaces to the Nepali bravos.

His expression of seeing “Nepal with a durable stability, democracy, and constitutional governance,” does not match the ground reality. If he really wants, “the prosperous Nepal its long term stability,” he should not be excessively worried only about the Madhesi people and Nepal’s proximal relation to the Chinese allies. Why should one good neighbor express its woes if Nepal seeks new opportunities? They should help in establishing a more inclusive democratic Nepal instead of “weakening the communist dominance in Nepal and China’s influence.”

Nepal knows its limitation. “India sees China as a major threat whereas Nepal sees China largely as an opportunity that must be seized.” And there is no doubt there are huge opportunities for economic benefit from its engagement with China. India should change its attitude of seeing Nepal as a small brother to a respectable neighbor. The fact is small brother does not always remain small. Cordial relation is always possible if everyone demonstrates sensitivity to the aspirations and interests of others.

Dhamala (M.A/M.Phil in English) is a Principal of Zone Academy Boudha, Kathmandu, Nepal