Climate Activists Rally Around The World

Climate Activists Rally Around The World 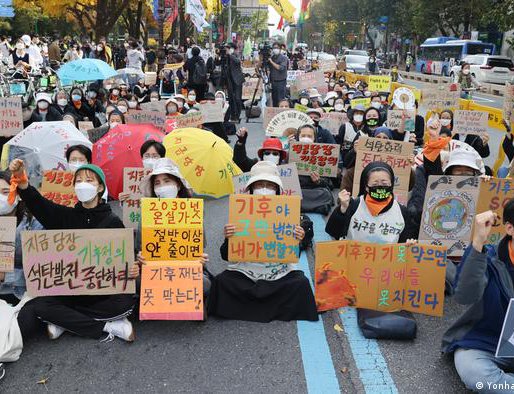 Climate activists around the world have taken to the streets, demanding more action against global warming as discussions are underway at the UN climate change conference, COP26, in Britain.

British media report that protesters rallied on Saturday at 300 locations in Europe, Australia, South Korea, and elsewhere in response to an appeal from youth organizations and NGOs around the world.

In Glasgow, tens of thousands of people braved rain and filled streets around the venue where COP26 is being held.

With participants in ethnic costumes performing music, demonstrators marched along avenues, shouting that time is running out.

A woman living in Glasgow said demonstrators want to show those participating in the UN conference that everybody is watching them, to put pressure on them, and to make sure they're going to make change.

A woman from Canada said the Canadian government subsidizes the oil and gas industry heavily, and exports oil and gas. She said world leaders should listen to indigenous communities as they are on the front line of climate change.

COP26 President Alok Sharma told reporters he completely understands the frustration and anger that he has seen and heard from young people.

He said commitments are made, but what they want to see is delivery. Sharma said this is the COP where people need to see delivery.

COP27 Agree On New “Loss and Damage” Fund For Vulnerable Countries By Agencies 1 week, 5 days ago

COP27 Extended For A Day By Agencies 1 week, 6 days ago

Developed And Developing Nations At Difficult Negotiations Over Emission Reduction Efforts By Agencies 2 weeks, 5 days ago