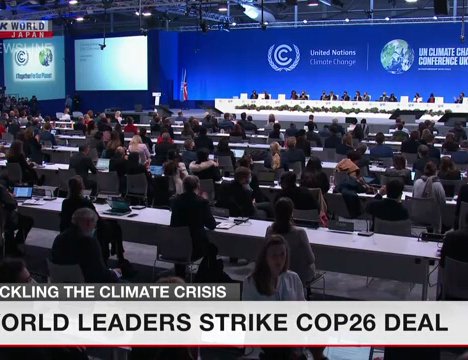 World leaders have reached an agreement at the COP26 UN climate conference in Scotland. The pact includes a commitment to limiting increases in global average temperature to 1.5 degrees Celsius.

It represents a last-minute success for tough talks that lasted over two weeks but many participants say it is not enough.

"I am deeply sorry," COP26 President Alok Sharma said. "I also understand the deep disappointment, but I think it's also vital that we protect this package."

The conference was initially scheduled to end on Friday. But it was extended after some countries expressed opposition to the second draft of the final statement.

One of the main sticking points was financial aid. The final deal includes greater support through a fund set up specifically for developing countries. 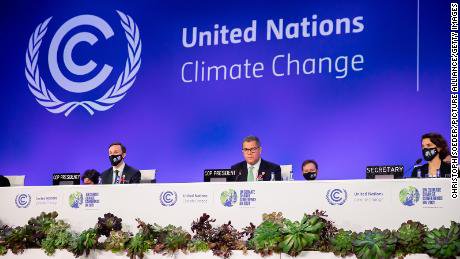 All countries also agreed to revisit and strengthen their emissions targets for 2030 next year.

The deal also includes a landmark agreement to reduce coal power. But there was a compromise in the wording of the final statement.

It urges countries to "phase down" unabated coal power, changed from "phase out" in earlier drafts. This was requested by India and some other countries.

"How can anyone expect that developing countries can make promises about phasing out coal and fossil fuel subsidies," Indian Environment Minister Bhupender Yadav said.

"I wish to read into the record our profound disappointment with the change in the language on coal from 'phase out' to 'phase down'," Marshall Islands Climate Envoy Tina Stege said.

British Prime Minister Boris Johnson hailed the agreement as a "big step forward" but admitted there was still "a huge amount to do in the coming years."

The agreement comes amid catastrophic weather events around the world, including scorching heat waves and heavy rain. It underscores a growing international consensus that countries must work together to take action.

COP26 Nepal Visible By A Correspondent 7 months, 1 week ago