Rawat started his career as an officer in the Gorkhas and rose to command 5/11 Gorkha Rifles, the battalion his father Lt Gen L S Rawat also commanded. 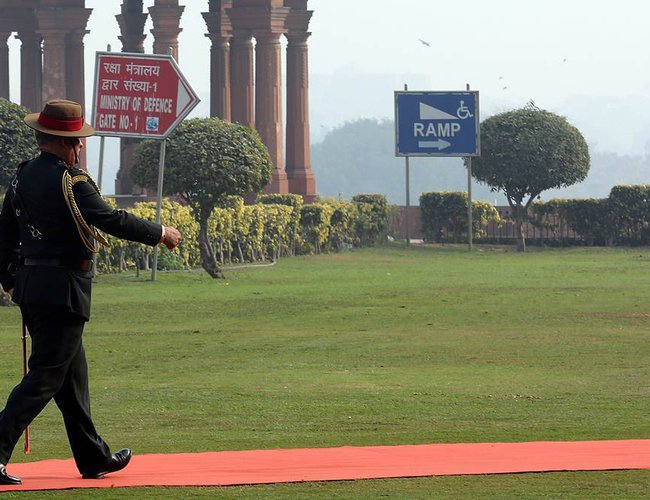 Bipin Rawat was nearly two years into his term as India’s first Chief of Defence Staff and presiding over the most significant transformation of the defence architecture of the country. Rawat started his career as an officer in the Gorkhas and rose to command 5/11 Gorkha Rifles, the battalion his father Lt Gen L S Rawat also commanded. As Deputy Chief of Army staff, Lt Gen L S Rawat used to take me, then a Brigadier in the Defence Planning staff, and also from the Gorkhas, to brief the Prime Minister’s Office on the Gorkhaland movement in 1988.

Young Major Bipin Rawat was then in the Military Operations Directorate and our paths would frequently cross in South Block. My next meaningful meeting with Rawat was in 2015 when he was GOC 3 Corps at Dimapur and I was visiting my battalion, 2/5 Gorkha Rifles (FF) outside Imphal where 70 years earlier, it had won two Victoria Crosses within 24 hours.

Rawat was then planning a retaliatory commando operation inside Burma to avenge the ambush of a Dogra battalion along the border. 21 Para Special Forces, the unit which was involved in last week’s tragic ambush in Nagaland, was the one which conducted the successful cross-border raid into Myanmar making BJP MPs extol the idea of hot pursuit. Rawat’s boldness, courage and daring came out clearly in his plan for the raid which he explained to me in 57 Mountain Division’s guest house outside Imphal.

After his command of an Army (Southern Command), Rawat was appointed Vice Chief of Army Staff to Army Chief, Gen Dalbir Singh, the first time both the two top Army offices being held by Gorkha officers.

At a party in Army House on the eve of Gen Dalbir’s retirement, I met Rawat and said: “Congrats, Bipin, you’re going to be the next Chief”. He replied: “Oh no, Sir, not possible.” Rawat had two Lieutenant Generals above him but the government, ignoring seniority, relied on merit and did the unthinkable,superseding both and appointed Rawat as Chief of Army Staff.

Completing his full term of three years as Army Chief, Rawat made his mark instituting a number of internal reforms and being noted for his aggressive approach towards counterinsurgency operations in Jammu and Kashmir. I met him a number of times in his office when he would brief me without hinder and hesitation, answering all my queries. In turn, I would brief him on issues relating to Gorkha ex-servicemen in Nepal. He was then also the President of the Gorkha Brigade which is actually a Gorkha Army of 43 battalions.

First CDS, one of the most celebrated soldiers of his time

In his Independence Day speech in 2019, Prime Minister Modi announced the appointment of CDS. Madhulika, Rawat’s wife, had the sixth sense and the intuition that he was getting the job and sure enough the government announced Rawat’s name as the CDS transitioning from COAS. In acquiring both these appointments, National Security Advisor Ajit Doval was an effective ally. Enjoying the confidence of Modi and Doval was Rawat’s biggest asset as he spearheaded the unprecedented reforms process as CDS.

My last meeting with Rawat was in mid-October this year and it was my first with him as CDS. Rawat explained to me in fine detail the architecture for higher defence and plan for theatrisation. I had heard him make very impressive presentations on defence reforms and modernisation of armed forces with great clarity and confidence.

With each day, his eloquence and expertise on India’s biggest reforms process grew, exuding a sense of monumental achievement. Rawat became a very powerful pivot in the national security and defence apparatus in whom Defence Minister Rajnath Singh reposed full trust.

He was the single point of advice to the Defence Minister; chair of the Defence Policy Group; head of the Department of Military Affairs and also de facto head of Integrated Defence Staff. Rawat was going great guns as CDS, his ruffling of feathers of the IAF (calling them a “support arm”) notwithstanding.

One thing people did not like was the red epaulets of his uniform. Another issue I had reservations about was how he was, sadly, drawn in to a number of political activities which did not go unnoticed by the veterans’ community. Still Rawat was a gentleman, gallant and professional, and a proud Gorkha. His boots will be hard to fill.

Reproduced From The Indian Express

He is a retired Major General of the Indian Army

An Overture Filled with Confusion By Dr. K. Uprety 26 minutes ago

How Could Rising Inflation Disrupt The Nepalese Economy? By Hari Prasad Shrestha 2 days, 21 hours ago