EMC cannot be one set activities applicable for all countries. Countries shall always be different from each other in terms of geographical location, physical size, population, culture, political system, leadership and capabilities. 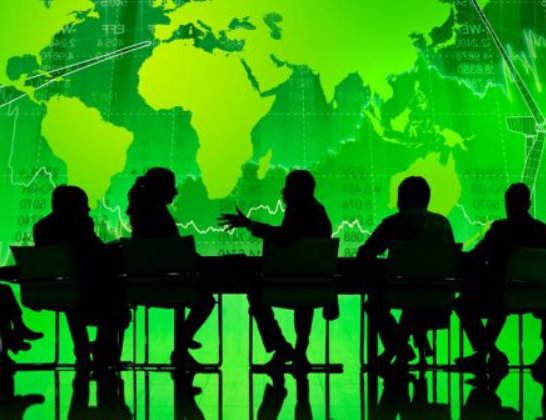 In the past 71 years of modern Nepal, the country had four macro-level epoch-making political changes- abolition of Rana regime in 1950AD, coup by palace in 1960AD, establishment of multi-party democracy in 1990AD, and abolition of monarchy in 2006AD. Although there are few proven theories and few conspiracy theories about some kind of grand design by some external forces, all those changes were supported by people at large. Each time people were told that after the political system change, the country will prosper at faster pace than the previous regime. Sadly, the prosperity speed, especially on economy front, did not increase compared to similar countries of the world. Irony is that no responsible persons or leaders or entities including international agencies like World Bank, Asian Development Bank, IMF even bothered to answer the crucial question- what went wrong?
For the past two three decades, experts, analysts and professors of prominent universities like Harvard, Oxford etc. have been doing study and research on governance, development, democracy, politics, prosperity of countries around the world, and have written numerous papers and books with their own recommendations as to how to govern a country. Some countries take those recommendations seriously, and some ignore them. Unfortunately, it seems Nepal falls into second group.
It is crystal clear that the path taken by successive governments in the past 32 years did not give results. Just change in political system did not give any result. A drastic epoch-making change (EMC) on economic front is needed. Change to transform labor, capital, materials, resources, and available information into products and services of greater value. Changes must ensure that sufficient numbers of jobs are created. Job creation is the most important factor to achieve prosperity. It is sad to see our leaders not talking about job creation, while leaders of developed world, in their speeches, giving more emphasis in job creation. Second most important factor is creation of wealth- the profits to investors and increase of government's wealth. This will in turn help society in education, health care, infrastructure etc. The third objective of EMC should be to change culture of the entire society.
EMC cannot be one set activities applicable for all countries. Countries shall always be different from each other in terms of geographical location, physical size, population, culture, political system, leadership and capabilities. Hence, the Nepalese political stalwarts and top bureaucrats must be able to answer questions like- what causes what in Nepalese context, what went wrong in the past, why it went wrong, and what are the factors which bring prosperity in a strategically located land-locked country like Nepal. We should never forget an universal truth that most of the developed countries of present day world were once undeveloped, poor, corrupt, and badly governed countries. But they managed to go for big changes (EMC), which kicked off a process to help in economic transformation in a big scale.
It is a matter of common sense that economy of a country is largely dependent upon trade and industry, both in private and public sector. It can be easily proven with data that both private sector and public sector are not as successful as those in many similar countries of the world. Hence, unless those business entities are made to perform better, and motivated for more investment, economic growth engine will not run in full steam. The whole gamut of laws, rules, regulations, process related with private and public sector business enterprises must be reviewed and accordingly make drastic changes- EMC, to achieve high growth. The changes should be done in such a way that development activities as well as trade and industry can grow at faster pace. Secondly, changes should give more emphasis on economic growth rather than on morality factors. In countries like Nepal, 'informal economies' or 'gray market' cannot be abolished overnight. Instead of brooding over those problems, the focus should be on how to get job done more expeditiously.
Cross-subsidy is essential in countries like Nepal where more than one fifth population are still below poverty line. Public sector entities can play a big role in this economic model- getting profit from those who can afford, and giving subsidy to poorer population. The other factors for big change are introduction of high- tech in big scale; increasing productivity; adopting strategies to accommodate business risks; and extra support from banks and finance companies. Present media onslaught and knee jerk reaction by government against business community must stop. For sustained market, businesses must create profits. Profits drive growth of an economy, it is as simple as that. Presently, media as well as government are treating business profit as a sin. This must stop.
In any kind of public debate regarding economic progress of the country, the issue of corruption always crops up. It must be emphasized here that corruption is not a recent phenomenon in the world. The international body Transparency International (TI) has yet to find a country with zero corruption. According to latest TI report, there are more than 120 countries which could not score more than 50 out of 100 in Corruption Perception Index (CPI). Nepal score 33, and there are 61 countries with CPI score less than Nepal. We have a 'beautifully' written anti-corruption law in place, which is considered as the best among SAARC countries. There is an independent and powerful anti-corruption agency CIAA (Commission for Abuse of Authority). It is obvious that there is no need of additional laws and agencies to combat corruption. Hence, most sensible approach is to leave corruption issue to CIAA assisted by already too proactive and vibrant media. Government's focus should be more on innovative ways and means to have more vibrant trade and industry and faster implementation of development projects, which will help to create more jobs. More jobs will automatically enhance per capita income of the people at large, which in turn will help in minimizing corruption.

This is the nick name of a writer