Linking The Nepali State With Its Ethnic minorities

Recent reforms in Nepal have disproportionally affected the ability of ethnic minorities to represent their interests, Sushav Niraula writes. 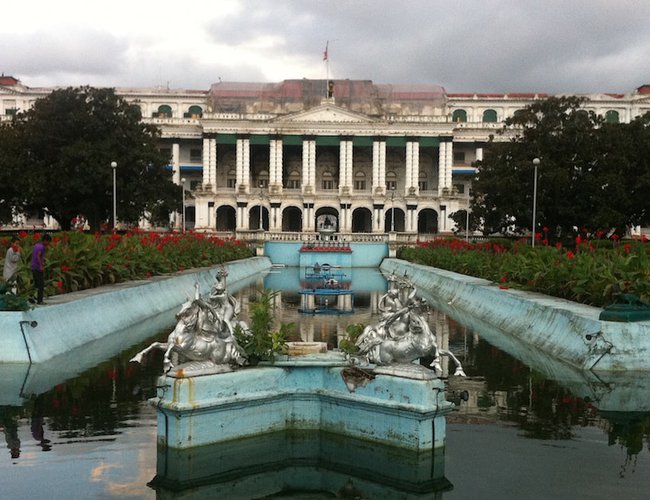 In a multi-ethnic state with a long history of internal conflict like Nepal, political parties play a pivotal role in representing the interests of ethnic minorities. They link society more closely to the state, and above all foster tolerance and help prevent future conflicts.

But rather than strengthening the mechanisms through which parties can better represent the interests of ethnic minorities, Nepal has seen a weakening of representative mechanisms, poor implementation of commitments for better representation, and a status-quo approach when change has been required. All of this has only widened the gap between ethnic minorities and the Nepali state.

The effect of a lower threshold means small minority groups can be represented in parliament without a large percentage of the electoral vote. Before these changes, minority parties representing ethnic groups, like Sanghiya Loktantrik Rashtriya Manch, were able to get a member of parliament to represent them despite securing a mere 0.23 per cent of the total popular vote.

Since the changes, which came with the introduction of a new 2015 constitution, even securing over two per cent of total votes does not guarantee a party representation in the federal parliament.

More on this:A crisis with opportunity for Nepal

As many political parties in Nepal have a regional focus, and within that, many come together to represent the needs of specific ethnic minorities, these parties tend to be electorally weak in national ballots, but they represent communities with important and specific needs that deserve representation in the parliament.

In this context, the increased PR threshold has disproportionally affected the representation of ethnic minorities in the national parliament.

This is problematic as parliamentarians from ethnic minority parties tend to be more representative of their communities’ interests than those from mainstream parties.

Similarly, starting with the 2017 election, a reduction in the proportion of parliamentary seats allocated under PR (from 58 per cent to 40 per cent) has even made it difficult for ethnic minority leaders from mainstream political parties to be represented in the national parliament, as PR has historically been the primary medium for ethnic minorities to be represented.

These aren’t the only changes affecting minorities in the parliament either. Before 2013, ethnic minority parliamentarians in mainstream political parties could form a cross-party caucus to push, and vote for, legislation in line with that ethnic minorities’ interests.

Now though, these parliamentarians cannot form such caucuses. The 2017 Political Party Act mandates that parliamentarians abide by their party whip or else risk expulsion from their parties, making this form of cross-party cooperation impossible.

Atop this, legal vagueness and implementation-related problems have clouded commitments, both in the 2015 Constitution and the 2017 Political Party Act, to PR within party committees.

More on this:Nepal’s fight for federalism

While both the constitution and the Political Party Act mention proportional representation within parties’ central and provincial executive committees, they do not specify which groups qualify for PR, nor how representation should be assigned. This is in contrast with other state institutions, where the law specifies a percentage of representation to be assigned to various groups, including ethnic minorities.

This has given much leeway to parties to bend the rules, and contributed to upper-caste Khas Arya, who comprise roughly 30 per cent of the total population, being dominant in the influential decision-making processes of political parties.

The Act is also vague when it comes to the formation of ethnic-based parties. These parties play an important role in pushing ethnic minorities’ interests, and vagueness in this area is only worsening the precarity of their existence.

It restricts parties from conferring memberships based on caste, language, religion, or community, and thus, on paper, makes it difficult to form truly ethnic-based political parties, though parties based loosely on ethnic group interests are in practicality still permitted.

In addition, the PR clause in the 2015 Constitution and the 2017 Political Party Act also leaves room for challenges to the formation of ethnic parties, as ethnic parties by definition are dominated by a particular ethnic group in their party structure, and so unlikely to meet the Act’s criteria for representation within an eligible party.

In combination these issues mean the new constitution and electoral rules have failed to improve, and in some cases weakened, political parties’ capacity to be a link between the Nepali state and its ethnic minorities.

There is an urgent need to intervene and halt the weakening of ethnic minorities’ representation within the Nepali political system before it becomes an even stronger trend.

Failure to reverse it will only increase the growing disenchantment of ethnic minorities with the Nepali state and sow disharmony. In a worst case scenario, it could even increase the chances of serious ethnic conflict, and so policymakers must act now to rectify the situation.Link

This article is part of Policy Forum’s In Focus: Developing Asia section, which brings you analysis from experts on the policy challenges facing the continent’s least developed members.

Sushav Niraula is a Program Analyst at the Niti Foundation, a Nepali non-profit organisation engaged in strengthening the country’s policy process. He is also a Lecturer at Kathmandu University’s National College.