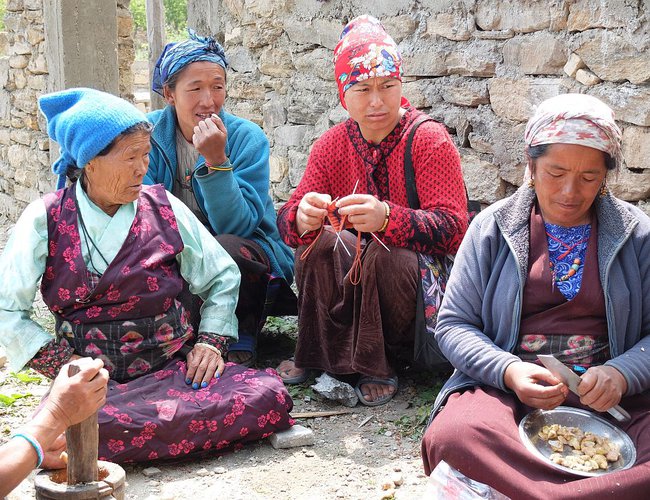 Motherhood has been one of the issues which have split feminist movements, most women become mothers, and many feminists have regarded motherhood as a uniting element among women and have based their claims to rights for women on it. The issue of motherhood has also been one of the anchor points for denying women rights and equality and discriminating against them.

Whether it is early pregnancy or late, pregnancy is an obstacle to development. It is said that in a matter so intimate, personal, or private, as the choice of an addition to your family you may lose the freedom to choose. This is the state of many women. A mother who is responsible to give birth to a baby has no say in whether she wants the baby or not. Through the work of childbearing, women gain acceptance and status in society. When the woman does not get to choose whether she wants to abort a baby or give birth to the baby it becomes discrimination to women. In such cases sometimes women's mental health and physical health are affected to a very large extent.

Pregnancy also becomes an obstacle in the case of child marriage. The significance of early marriage and consequently early childbearing is not simply that it cuts short childhood, and educational opportunities and raise the birth rate rapidly by diminishing the gap between the generations. Pregnancy puts a halt to growth, so a girl pregnant at age of 15 is denied the advantage of the better growth and better body build that would have occurred if she had been able to put off pregnancy for another 5 or 6 years. In the case of Nepal, Civil Code (Aparadh Samhita) has fixed the marriage date at 18 for women and there is also a high chance of maternal mortality. Knowing the facts sadly, child marriage is still prevalent in our society.

In the era of career-building pregnancy has always been a matter of obstacle to their development. In the field of glamour, modeling, and pregnancy can create a break in the career. Not only may this field also in other fields, a candidate not be selected for the job because she is pregnant or she might have to leave her job for her postnatal care. So lots of discrimination can be traced in these phases. Therefore, in these cases, companies should be held liable to pay for her postnatal care.

One can say that pregnancy only becomes an obstacle when it is against the will of the mother and when a woman is discriminated against on the ground of pregnancy. Nepal’s Constitution also guarantees the Right to Reproductive Health as a fundamental right. Thus, the implementation of national and international laws stating equality between men and women is a must to eliminate the discrimination on the ground of pregnancy.

Kripa Subedi is an Advocate.