The national perspective for water resources development4 focuses on irrigation and power generation but no mention of floods and flood related hazards and casualties not even in Bihar. 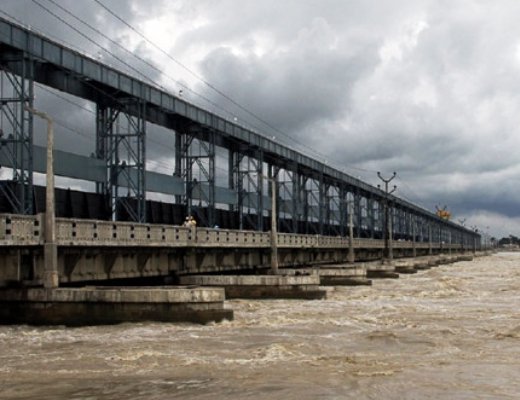 India Interlinking of Rivers (ILR) is a topic that requires no introduction at all, at least in India and in Nepal likewise. Similarly, water sharing between people with its surplus and deficit requires no argument on whether to share or not; it is outright yes. But, there are buts which often result in a contrary decision. So is the case with ILR in India.

Tons of documents have been prepared on this subject in the last two centuries when the idea was first made public by Sir Arthur Cotton, an irrigation engineer engaged in peninsular India with acute spatial and temporal variation in water availability. Many notable scientists, management experts and researchers have spent their valuable time on this very interesting as well as important topic. Similarly, lots of tax payers’ monies have been spent on this subject but the issue is practically where it was about 200 years ago.

The importance given by India to this project is demonstrated by the fact that the Supreme Court of India gave a verdict in October 2002 to complete this very important project for India by 2016. But 6 more years have passed since the deadline given by the Supreme Court but the project is still untouched except for the preparation and publication of a review report titled “Issues and Concerns”. It is composed of 17 chapters; all authored by prominent authors in the respective field and is edited by eminent scientists in the field of water resources, environment and climate change. The chapter titled “The vital links” has been authored by the committee chair Mananiya Suresh Prabhu. But what is missing is the basics of resource sharing and application of simple management tools in deriving the answer to the vital question regarding feasibility of each component of the link leading to their successful implementation and equally successful operation without any significant conflict related to water sharing.

The first important point missing in the discussion is the fact of some of the basins being a “surplus basin”. What is the actual meaning of surplus basin? How does the surplus look in its geographical totality of the whole of the watershed and the springshed during whole of the year? Has spatial as well as temporal sufficiency of water within the watershed and springshed properly checked? For example, Ganga basin is termed as a surplus basin simply because there is plenty of flood water in the monsoon in Bihar and west Bengal but vast areas of west UP within the Ganga basin characterised by mean annual precipitation of less than 500mm requires water from outer source for rice cultivation even during the monsoon. Similar is the case in whole of the basin affected adversely by mid-monsoon droughts. Vast areas in the hills and the mountains within the Ganga basin have been adversely affected by verticality syndrome defined as plenty of water in blue water bodies in horizontal vicinity but located very deep down in the valley requiring substantial value addition for making it meaningfully useable.

Nepal located at the central southern lap of the great Himalayan arc has been found to have about 125 BCM of surplus flood water in the monsoon which can be stored to prevent flood control and regulated for food production; flood control saves people’s lives and their properties as well as infrastructure whereas food production can provide food security. This volume of water if stored and regulated properly can provide the required flood control in the entire north Ganga basin and also provide irrigation for about 150,000 square km out of about 250,000 square km of irrigable land in the plains of Ganga basin in the dry lean period of about 8 months from October to May each year . The condition of farm lands in western watershed is even worse with much less mean annual precipitation than the Nepal Himalayas. Therefore, Ganga basin is not a water surplus basin if looked into it from annual perspective, it is a water deficit basin which is water stressed year round; sometimes due to too much water and some other time due to water scarcity with long periods of drought.

Therefore, the ILR project should be revisited component by component not in its totality but moving towards totality step by step from one component to another.

The second most important aspect of the review is based on the fact that it is mostly focusing on all aspects of environmental impacts except flood control in the north Ganga basin. Actually, any project on water in India should focus on life security as the first agenda because human life is invaluable. Floods not only provide material for newspaper headlines but are closely linked with human casualties, physical as well as psychological difficulties of the people of flood prone areas and often degradation of agricultural fields due to siltation. Apart from this, large and periodic monsoon floods prohibit construction of permanent physical infrastructures such as roads, canals, industries, railway, etc. limiting the scope of investment in flood prone areas and consequently with tremendous negative economic impacts leading to vicious circle of poverty.

But not only the review of the ILR as mentioned hereinabove but also government of India decisions on water lack appropriate attention to such an important fact , such as floods that kills people. These referenced documents do mention floods but only to the extent of sanctioning budget for embankment construction and other works related to irrigation. But increase in length of embankments in the last few decades has caused a significant increase in flood prone areas as well as flood disasters. D.K. Mishra says that engineering solutions put in place to tackle the issue of floods has created more problems than solutions in Bihar . The minutes referred to hereinabove sanctions budget for extending Kosi east canal to Mechi river in Mahananda basin for, as mentioned, diverting 2050.15MCM of flood water in the monsoon but will the canal remain dry during the dry period? Will it not invite water conflicts between the water user communities of the original canal and the extended canal? Will diversion of such a small quantity of flood water help mitigate peak instantaneous floods that recorded over 25,000 cumecs in 1968; it is likely to be bigger due to the impacts of climate change.

The national perspective for water resources development4 focuses on irrigation and power generation but no mention of floods and flood related hazards and casualties not even in Bihar. The document stresses on increased food production but how an effective increase in food production can be achieved without addressing floods and flood mitigation? Mean annual rice production in Bihar is very low at less than 1000kg per ha per year . Is it not advisable to discuss the causes of low rice productivity of Bihar to mitigate the cause for better food security? Is it in anyway, linked with annual flooding in Bihar? What is very interesting is that all the documents keep their silence about Bihar crisis as if it suffices to declare that the Kosi is the sorrow of Bihar.

Therefore, India needs new ILR which can guarantee the availability of water in the order of priority with the first priority going to local water demand of the river basin itself, followed by demand in the close neighbourhood followed by areas located farther away from the source basin. The new ILR would give first priority to projects meant for saving peoples’ lives, their psychological condition due to fear of the next catastrophic flood, inconvenience of living in flooded area followed by projects for household water security, food security and local livelihood. All other aspects of flood water management such as energy generation, navigation, fishery and animal husbandry, hospitality management, other industrial uses of water can take the back seats as they have non-consumptive use of water and that most of them can always be accommodated within the lifesaving projects of flood water management.

But as far as the north Ganga basin within Nepal and India is concerned the only available source of water is the monsoon flood that gushes down the hills of Nepal to the plains of Nepal and to India finally meeting the sea at the Bay of Bengal. The quantity of water available as monsoon flood in Nepal, as mentioned hereinabove is about 125 BCM; the lean season flow of additional about 60 BCM is also available for regulation and management. But the existing sound and friendly cooperation and brotherhood between the people of the two nations should be the foundation of good relationship between the two neighbours; it requires building true trust apart from diplomatic trust and confidence between the nations and the people not only through lip service but in reality. Actually, New Delhi succeeded in bringing down the trust to present level by actions such as economic blockades that should not have been taken in the past because it were the people of this country that suffered due to such unfriendly actions. People in the border areas have been suffering from floods caused by ill designed infrastructures constructed across the border; Kalapani Limpiyadhura and Susta are areas disputed by the big brother in the last few decades breaching the trust that existed in the past. As a consequence, even the field work at the proposed Kosi high dam site near Barahchhetraa had been repeatedly obstructed by the local communities despite government’s repeated assurances to provide safety and guarantee to the field works and the field teams. How can the project be implemented under such circumstances? In addition, India has a very poor record of social mitigation at the project sites in India and Nepal.

Therefore, necessary correction in the attitude of the big brother from big brother to good brother is urgently needed to save the lives of many thousands and inconvenience of tens of millions of innocent Indians living in the north Ganga basins of UP, Bihar and WB. This step can lead these people and states together with Nepal out of present poverty into an unimaginable prosperity in near future.

Is Combating Viruses With Vaccine Inequity Possible? By Radha Paudel 1 week, 1 day ago